An End to Pot Prosecutions? 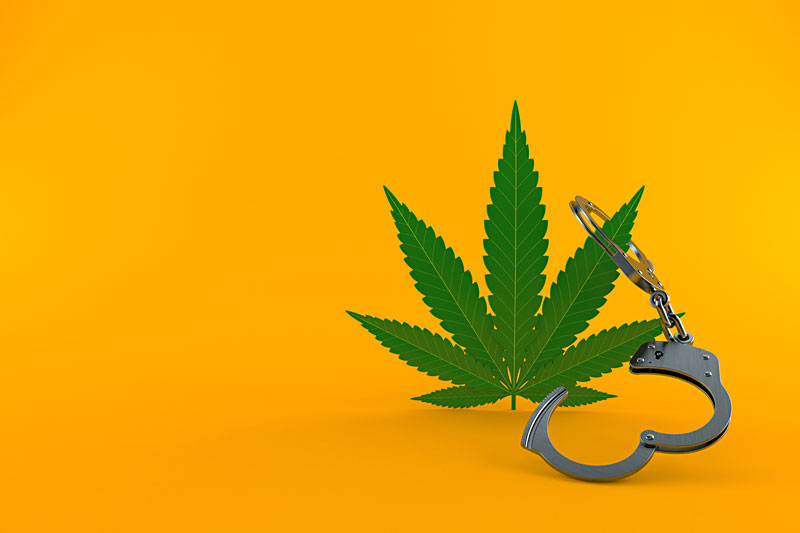 City Council returns from a holiday break for their first regular meeting of the new year and new decade this Thursday, Jan. 23. The headline agenda Item is a resolution brought by Ccouncil Member Greg Casar that would effectively decriminalize the possession of small amounts of marijuana in Austin. If approved, per the resolution language, City Manager Spencer Cronk would be directed to "eliminate, to the furthest extent allowable under state law," arrests for marijuana possession if the Austin Police Department knows "the prosecuting entity will automatically reject the charges."

The "prosecuting entity" in question? District Attorney Margaret Moore and County Attorney David Escamilla, who in June joined other prosecutors around the state in declining to prosecute low-level possession of marijuana cases after a new state law legalizing industrial hemp required all evidence from marijuana (POM) cases to undergo expensive and lengthy lab testing to differentiate it from its legal cousin. Casar's resolution would also prevent APD from spending any money on developing any new lab tests that could determine the concentration of THC in suspected marijuana, or using city funds to access a third­-party lab for the testing.

Although prosecutions of low-level POM cases stopped over the summer, the arrests did not. One fear of criminal justice activists is that the arrests may be sitting in a backlog now but could be revived before their two-year statute of limitations is up if APD gains access to the lab equipment necessary to determine THC levels in the seized evidence. The resolution would prevent those arrests from ever materializing into court dates, because it would bar APD from accessing the lab testing.

Casar explained the intent of the resolution at a press conference on Tuesday, Jan. 21: "We are not changing the criminal law," he said, "but effectively are choosing to not have penalties associated with low-level marijuana possession."

The resolution does not specify a precise weight that defines "low-level possession," because the amount varies according to law. In Texas, possession of 4 ounces or less of marijuana is a misdemeanor offense, but possession of 7 grams or more with the intent to sell is a felony – which would still warrant arrest and lab testing under the Council resolution. At the same Tuesday press conference, Emily Gerrick with the Texas Fair Defense Project explained that the resolution avoids defining a quantifiable weight for "low-level" possession because there could be instances where personal-use amounts of marijuana exceed felony-level weights. For instance, if someone were arrested for carrying edibles: "Let's say you have a brownie with some marijuana in it," Gerrick told reporters. "It's going to be the entire weight of the brownie and not the weight of the plant substance in it. So you could very easily have a personal-use brownie but get to felony-level [weight]."

If the resolution is approved, Cronk is required to update Council on implementation by May 1.

Also on the agenda: five separate items that would result in a $612,336 boost to funding for the Guided Paths program launched in October. Initially just a pilot, Guided Paths asked service providers to use their own funds to create a list of people experiencing homelessness who frequently camp around the Austin Resource Center for the Homeless, and work with them in a targeted way to reach housing stability. Since the pilot began, 18 individuals have been entered into a housing program, and another 60 are on a waiting list; 14 people have not yet been matched with a program that suits their needs; while three have not been seen since the initial survey was conducted, and another four are in long-term incarceration.

Based on those results, additional funding will be awarded to local care providers in the following amounts: $102,056 each to the Salvation Army, Front Steps, Family Eldercare, and Caritas of Austin, and $204,112 to Integral Care. Front Steps Executive Director Greg McCormack told the Chronicle that the nonprofit would use the funds to hire a new case manager to work exclusively with people participating in the Guided Paths program.

He added that the program was "not a magic wand" but could have a "trickling down effect" on people experiencing homelessness who've been resistant to engaging in services. "Fear and apprehension of the system is a huge barrier," McCormack explained. "Once they see someone in a similar situation get housed, the idea can pop into their head that maybe they can be housed if they engage with the system."

At a Council work session on Tuesday, Austin Public Health Director Stephanie Hay­den said the goal was to expand the program to areas outside of Downtown in the coming months, and the injection of funding is meant to help the providers scale up their operations to make that possible.

The beefing up of the Guided Paths program comes as the city's homeless services undergo some bureaucratic shuffling. Lori Pampilo Harris, who was hired as the city's first-ever – and possibly last – Homeless Strategy Officer in September, announced just a month later that she was stepping down from the role. Her contract with the city expired on Jan. 3; she was initially poised to work as a consultant on the homelessness policy, but she ended up not taking that gig, so city officials are currently looking for a national expert to provide consulting services. A new department called the Homeless Services Division, residing under Austin Public Health, will assume the responsibilities that Pampilo Harris vacated. Vella Karman, currently an APH employee, will serve as interim chief of the new HSD for the time being, and the division's work will be overseen by Assistant City Manager Chris Shorter.

Meanwhile, city staff announced they are no longer pursuing the purchase of the Micro­tel property at 7704 Metro Center Drive, citing concern over zoning that would prevent the property from being converted into a long-term housing solution.

Other Items of note include a resolution from CM Paige Ellis that will direct the city manager to conduct a study into the ways litter gets into rivers, lakes, and creeks. The resolution also calls on Cronk to explore and pursue immediate action on the baffling trend of people dumping electric scooters into the city's waterways. Another environmental Item, this one from CM Ann Kitchen, would authorize Cronk to spend up to $100,000 to join a civil lawsuit opposing the Permian Highway Pipe­line, which could pose a threat to Edwards Aquifer.

In zoning, the Herrera house, located at 1805 E. Third, is up for historic landmark status. The property served as the home to Consuelo Herrera Mendez, Mary Grace Herrera, and their niece, Diana Herrera Castañeda – three icons in Austin's Latinx community for their activism. The Historic Landmark Com­mis­sion and the Planning Commission both gave their approval to awarding historic status to the site, but the current property owner opposes it.