Immigrants living in sanctuary in Austin churches lead the No More Cages Rally at the Texas Capitol in July. (Photo by Jana Birchum)

On Jan. 10, Gov. Greg Abbott announced that he had informed the U.S. State Department that Texas will not accept refugees for resettlement in 2020, under a new state opt-out policy adopted by the Trump admini­stra­tion. Texas thus became the first state to refuse to accept refugees fleeing persecution – as of last week, 42 other states had notified the feds they will continue to resettle refugees, including at least 18 states with Republican governors. (On Wednesday, Jan. 15, as the Chronicle went to press, a federal judge in Maryland blocked enforcement, at least temporarily, of President Trump's executive order allowing Abbott to withhold his consent for refugee resettlement. Abbott had not yet commented on that decision as of press time; more in this week's "Point Austin.")

In general, refugee programs have involvement from religious organizations, which have strongly criticized Abbott's decision. The Christian humanitarian organization World Relief issued a statement saying in part: "We grieve the families with members already resettled in Texas that will have to wait even longer to be reunited, and we grieve even more for the loss our communities will experience without their new members." Also critical are the leaders of Abbott's own denomination, the Texas Catholic Con­fer­ence of Bishops, who reacted: "It denies people who are fleeing persecution, including religious persecution, from being able to bring their gifts and talents to our state and contribute to the general common good of all Texans."

As defined by the United Nations Refu­gee Agency, "A refugee is someone who has been forced to flee his or her country because of persecution, war or violence. ... Most likely, they cannot return home or are afraid to do so. War and ethnic, tribal and religious violence are leading causes of refugees fleeing their countries." Austin, like all major cities in Texas, informed the governor and the feds that it will continue to welcome refugees, with no effect on Abbott.

Of the refugees resettled in Austin in recent years, many are fleeing war or persecution in the Middle East. According to a 2018 Tufts University study, 315 refugees (half of them fleeing the wars in Syria) were resettled here in 2017, despite the fact that Texas "pulled out of the Federal Refugee Reset­tle­ment Program in 2016, resulting in the loss of the state's access to federal resettlement funds." 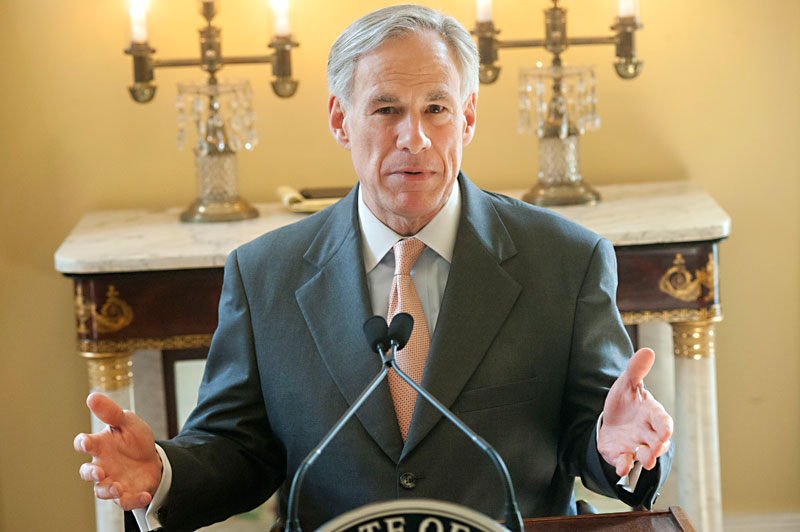 In his letter to the State Department, Abbott acknowledged that until recently, Texas has historically welcomed refugees. Nevertheless, to justify his decision Abbott cited general immigration concerns – nothing associated with refugees settled in Texas. He wrote, "Texas has been left by Congress to deal with disproportionate migration issues resulting from a broken federal immigration system."

Over the last week, most official and public reactions have condemned the governor's decision, despite support from some Repub­licans. In a tweet, U.S. Rep. Chip Roy, R-Drip­ping Springs, echoed Abbott's defenses: "The federal government has utterly failed Texas, the nation, and immigrants." For Roy, apparently, the "federal government" does not include the Trump administration, which has not only enabled states to refuse refugees but annually lowered the national cap on refugee admissions to a record low of 18,000 for FY 2020.

That means Abbott's refusal is to a degree symbolic, because the Trump administration has already limited refugee admissions to a negligible national level. According to the Pew Research Center, "Overall, the U.S. has admitted about 76,200 refugees so far under the Trump administration (Jan. 20, 2017, to Sept. 30, 2019). By comparison, the U.S. admitted nearly 85,000 refugees in fiscal 2016 alone, the last full fiscal year of the Obama administration." Meanwhile, the number of refugees in need of resettlement worldwide has reached its highest levels since World War II.