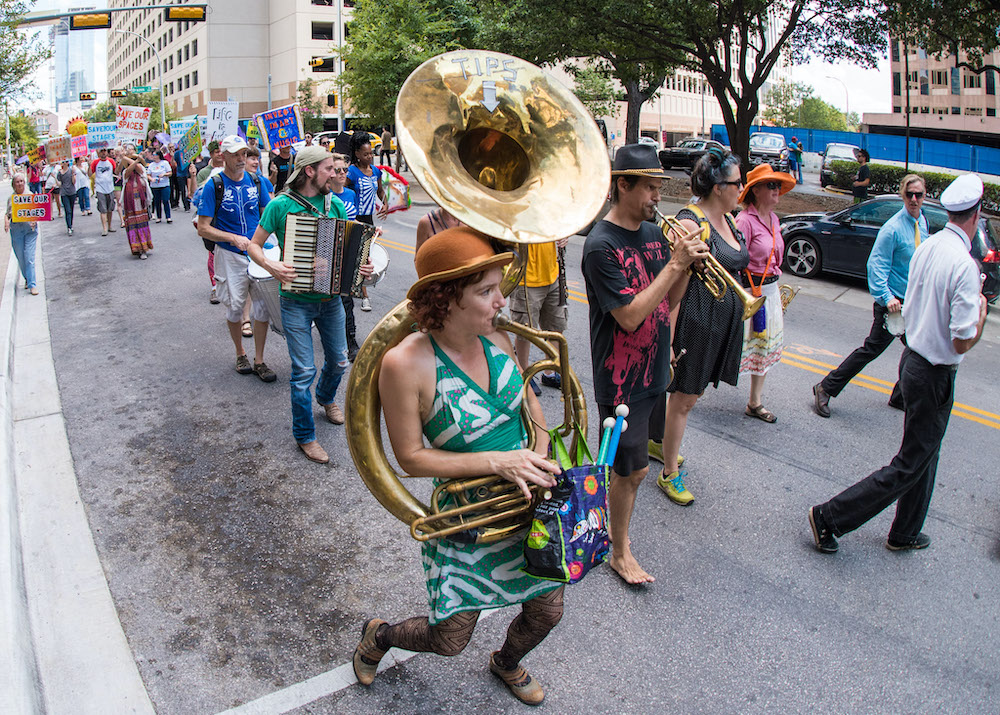 The 110 intersections within Downtown's boundaries – 15th Street, North Lamar, West Cesar Chavez, and I-35 – have been made safer for pedestrians, according to the Austin Transportation Department. Leading pedestrian intervals, or LPIs, allow walkers an extra five-to-seven seconds to start crossing the street before drivers get a green light. It's the latest tool to achieve Vision Zero in Austin – that is, zero traffic-related fatalities on local roads. According to ATD Director Robert Spillar, LPIs "improve safety by giving pedestrians a head start," making those on foot more visible to drivers, and "reinforce a pedestrian's right of way."

According to Monday's press release, San Francisco, Los Angeles, and New York City have all seen "significant decreases in crashes between drivers and pedestrians" since upping the use of LPIs. ATD confirmed Tuesday that the majority of Downtown's LPIs were activated in early December; the department will collect and report data throughout 2020 on the change. LPIs have been used at many Austin intersections for "at least the past four to five years" according to ATD; the decision to expand and concentrate on Downtown is a response to the area's disproportionate number of driver-pedestrian collisions.

ATD's Jen Duthie noted: "Downtown makes up less than one percent of Austin's road network, but more than 10 percent of crashes affecting pedestrians occur in this part of our city." A recent Transportation Research Board study found LPIs can significantly reduce the number of people hit by cars – by as much as 60%. ATD encourages Austinites to review the department's pedestrian safety guide for more information.

A version of this article appeared in print on January 10, 2020 with the headline: Downtown Walkers Get More Time