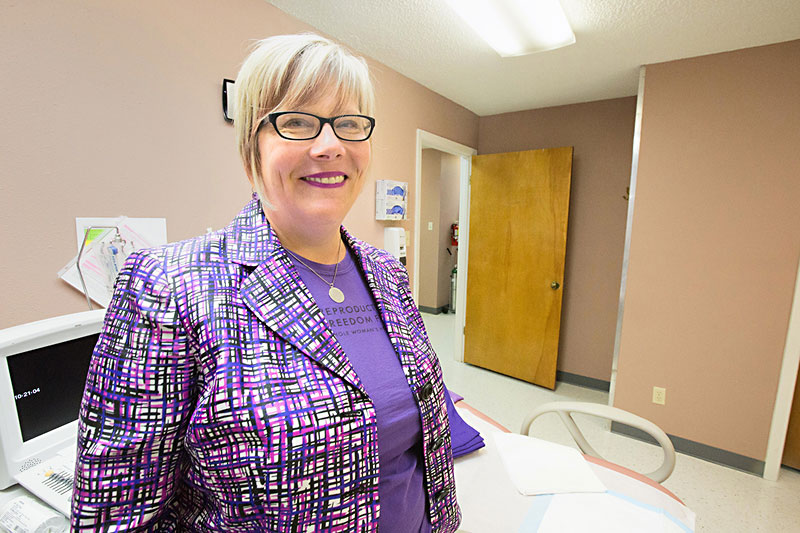 In a 48-page brief, anti-choice Texas Attor­ney General Ken Paxton is calling on the U.S. Supreme Court to dismiss the legal challenge to a Louisiana law that requires abortion providers to obtain hospital admitting privileges within 30 miles of the clinic. If the onerous 2014 law is upheld, there will be only one provider in all of Louisiana, considering the near impossibility of securing privileges due to hospitals' logistical and religious barriers. The upcoming case from our neighboring state, June Med­ical Ser­vices v. Gee, is set to be heard by SCOTUS on March 4.

Paxton takes aim at the fact the suit was filed by abortion providers, not patients, something he hopes to quash in Texas, too. In July, he made a similar plea to the high court to ban abortion clinics from defending themselves and their clients against draconian anti-choice laws – an attempt to suppress the fight against anti-abortion laws and undermine the legal success of providers, say abortion rights advocates.

Paxton and his anti-abortion legal team not only want the case stopped but are urging the Supreme Court to completely toss out its historic 2016 ruling against anti-abortion law Texas House Bill 2, which included a hospital admitting privileges rule identical to the one being challenged in Louisi­ana. The landmark case, Whole Woman's Health v. Hellerstedt ensures states must show proof of an actual health benefit when enacting or passing abortion laws.

Describing the Whole Woman's ruling as an "unworkable anomaly" that should be completely discarded, Paxton's team of sore losers argue the 5-3 high court decision was based on "poor reasoning" that "incorrectly heightens" the state's burden to defend its regulations. Paxton claims the Whole Wom­an's ruling has thrown lower courts into "chaos and frustration," heavily leaning his argument on the actions of the 5th Circuit Court of Appeals, notorious for its deference to the state's will when it comes to upholding anti-abortion regulations.

And in what sounds like thinly veiled fear, the state's lawyers express concern that "abortion activists in Texas" have recently argued that Whole Woman's "invalidates nearly every abortion regulation" in the state. Indeed they have: Empowered by the 2016 SCOTUS win, reproductive health groups filed an expansive lawsuit in 2018 (Whole Woman's Health Alliance v. Paxton) challenging dozens of anti-choice laws, including the state's 24-hour preabortion sonogram requirement and rules that force doctors to provide state-mandated misinformation about abortion.

Paxton isn't the only one calling for the repeal of historic reproductive rights precedent at the high court ahead of the Louis­iana case: In a brief filed Jan. 2 by the Americans United for Life, ghostwriters of dozens of state anti-abortion laws, 18 members of the Texas congressional delegation including Austin-area Reps. Bill Flores (TX-17) and Chip Roy (TX-21) and both Sens. John Cornyn and Ted Cruz joined more than 200 largely Republican members of Congress in urging the Supreme Court to reconsider and possibly overturn the landmark 1973 Roe v. Wade ruling that legalized abortion across the country, as well as the court's Planned Parenthood v. Casey ruling in 1992, which upheld Roe and banned states from placing an "undue burden" on abortion access.

Meanwhile, Whole Woman's – which established its flagship clinic in Austin nearly two decades ago – has filed its own brief with SCOTUS in support of the forthcoming Louisiana Supreme Court challenge. "Whole Woman's Health has fought against admitting privileges before, and we won. We have fought against other restrictions as well, and in fact we are still fighting against countless laws – in five active lawsuits in three states – on behalf of our patients," said Whole Woman's Health President Amy Hagstrom Miller. "We support June Med­ical Services and call on the Court to uphold the Whole Woman's Health precedent as the law of the land."