What is Bill Aleshire's problem with the county attorney candidate? 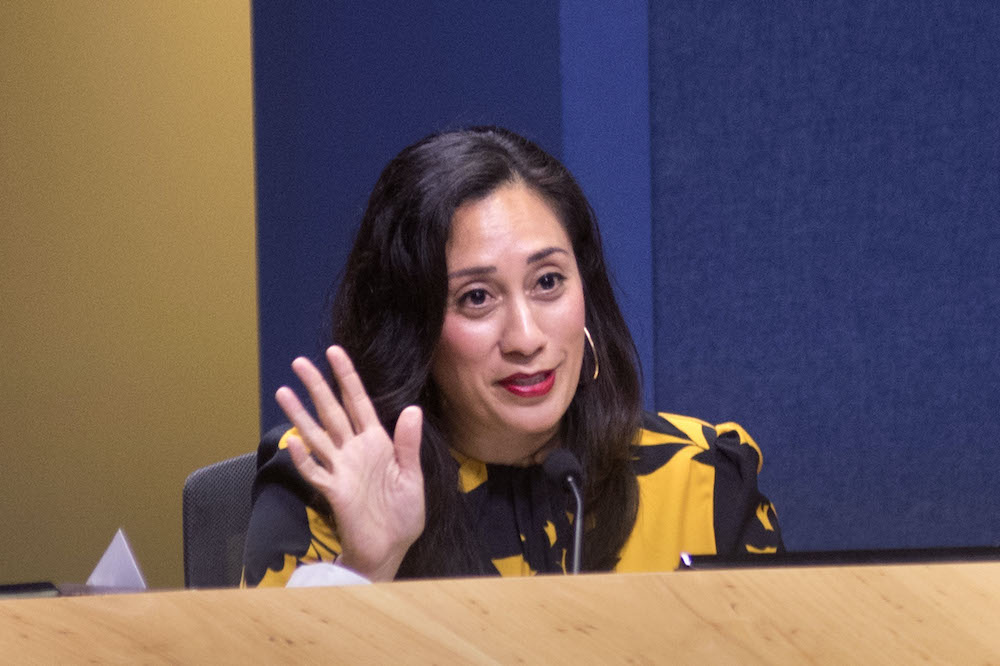 Bill Aleshire is continuing to pursue his campaign against the Travis County attorney candidacy of Austin Mayor Pro Tem Delia Garza, charging that the City Council member is unqualified for the post and subject to conflicts of interest because she is campaigning (and raising campaign funds) while continuing to serve on Council. In a series of emails, Aleshire has claimed Garza has inadequate legal experience to run the C.A. office, and has repeatedly said she should resign from Council because simultaneously campaigning creates potential conflicts of interest.

Garza told the Chronicle that she's abiding by all relevant regulations governing a county campaign, and that her experience as an attorney and public official certainly qualifies her to become county attorney. "I have legal, executive, and administrative experience," Garza said. "And on City Council, I have experience in policymaking – arguably most important for running the county attorney office."

In December, immediately after Garza officially filed for the C.A. position, Aleshire released a lengthy open letter attacking her credentials and charging that she would be ethically compromised because she would be raising campaign cash while simultaneously making decisions about city policy – an argument resting on the awkward fact that city campaign finance laws are much stricter than those governing Travis County campaigns. "Donald Trump has failed that ethics test over and over," Aleshire wrote pugnaciously. "Will you?"

Garza's defenders (some organized earlier in a "Draft Delia" campaign) respond that she'll be abiding by all relevant campaign regulations, and note that her donation record would soon be public, so voters could decide for themselves on conflicts of interest.

Over the holidays, Aleshire fired off a couple of brief additional emails: a Dec. 29 salvo suggested she would not be able to pursue possible Council violations of the Texas Open Meetings Act (TOMA has two-year statute of limitations); a second, on Jan. 1, said Garza's license to practice law was "suspended" from Oct. 2014 to Aug. 2018, rendering her a "dumb, dangerous choice" for county attorney. Aleshire said all the other candidates – former Judge Mike Denton, Assistant County Attorney Laurie Eiserloh, and criminal defense attorney Dominic Sel­vera – are better qualified, specifically lauding Denton and Eiserloh as "real" attorneys.

In a recent conversation, Garza seemed puzzled by the aggressiveness of Aleshire's attacks, and said her law license was not "suspended" but "inactive," by her choice – a not uncommon practice, she said, for attorneys temporarily changing status. "I exchanged clients for constituents," she told the Chronicle, saying her demanding service on Council made ongoing legal practice impossible.

Garza also rejected Aleshire's claims that she has insufficient courtroom experience. "When I served as assistant attorney general [Child Support Division, 2011-2014], I was in district court much of the time, in six counties, and I supervised 100-plus state dockets. Aleshire's charge of inexperience is entirely false." Garza also argues that the county attorney position requires less litigation than administration – "[Incumbent] David Escamilla is not spending his time litigating" – and she believes her Council policymaking experience is excellent background for managing that office.

Aleshire says that defense reflects ignorance of the county attorney's responsibilities. "You're managing a major law firm," he said. "If she doesn't have relevant legal experience, she's not going to know when the junior attorneys are feeding her bullshit about what's going on in their courtrooms."

Simmering under the debate are persistent questions about Aleshire's relentlessly combative political style. "I feel strongly about Travis County government," says the former county judge and tax assessor. "I may get excited about what I'm writing about, but I'm just trying to tell the truth and let voters know what they need to know." He bristles at published suggestions by Garza and her supporters that his opposition might reflect racial animus or misogyny – one of his emails cited a long list of women and women of color he has supported for office. He also cited a Jan. 6 letter to the Statesman from his former colleague, Pct. 4 County Commissioner Margaret Gómez, who defended his longtime support of "diverse" candidates and his sometimes aggressive rhetoric: "Bill speaks forcibly but is not a bully."

Aleshire has been a persistent, voluble critic of city government, and he cited the Land Development Code debates and the recent city/county dispute over the hotel occupancy tax as matters that reflect potential voting conflicts for Garza while she is also campaigning to become "the county's attorney" on civil matters. Yet he insisted that his opposition to her candidacy is over her supposed inexperience, not differences in policy ("those are just examples of potential conflicts"). Asked if he's supporting another candidate, he said he's donated to both Denton and Eiserloh ("I don't know Selvera").

Garza said she understands she might be considered an "outsider" to county government, but that might well be an advantage. "We have an opportunity to redefine what this office does," she said, "and it might require an outsider to make tough decisions." She cited, for example, possible action against the Secretary of State in defense of the county's voter rolls, "rather than just turning them over on demand." (Tougher county opposition to state decisions has also been advocated by former judge Denton.) "We need to expect more from that office."