The Beto-Castro-Meter Comes to an End

Both Texans have left the Democratic candidate building 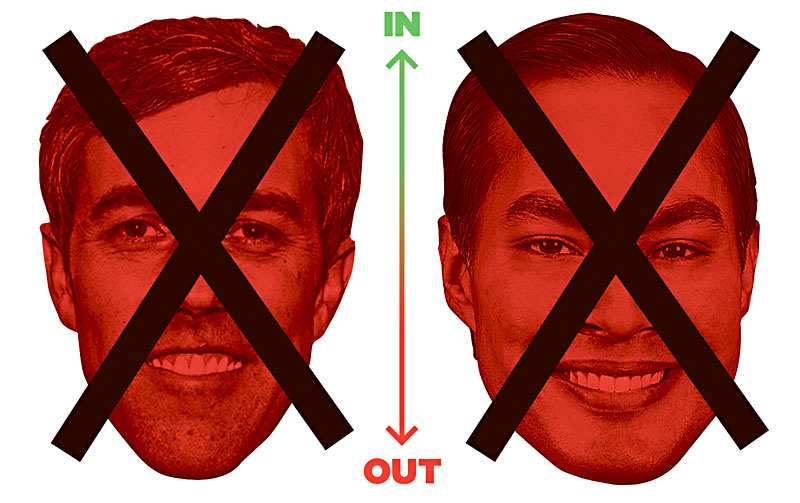 He held on, barely, until the dawn of the new year, but Julián Castro's exit from the 2020 presidential race on Thursday, Jan. 2, changes the state of play ... well, not at all, which is the problem. At least, that's how many national blue-team voices, picking up the framing crafted by Castro himself in his campaign's last weeks, are receiving the news: as a failure of the Democratic coalition, not of the former San Antonio mayor and U.S. housing secretary, to create space for Latino representation and sociocultural progressivism on the party's 2020 stage. Just as one example, here's Esquire's Charles Pierce: "This means that there is no longer a Latino presence in a field that still includes two no-hope white millionaires and a crackpot who thinks you can vibe away your cancer, [and] no candidate on stage at subsequent debates who reads out the names of the victims of police violence, who points out that police violence is gun violence, and who talks as much about poverty as he or she does about the embattled middle class. ... Castro should have been viable all the way to the convention."

Perhaps! But let's talk about what we know about, which is Texas. For Castro to have been viable, he would have needed to win, place, or show here, in his home state, which is an early state – we start voting before Nevada or South Carolina – where his proclamation as the incarnation of the New Democratic Majority makes more sense than anywhere else. And yet he was nowhere near that happening. For all his foibles and blind spots, Beto O'Rourke ended his campaign while a top-tier contender in the Texas primary, with enough clout to stand up a new PAC and make a difference in down-ballot races, and to run again for something on his own terms. Castro goes where from here? If he's not selected by someone else to be VP or to do another Cabinet tour, he could ... tag-team and job-share a seat in Congress with his brother? Not for the first time, the promise of the Castros as a force for good across the nation is undercut by their failure, so far, to strategically grow and wield their power and influence here at home. 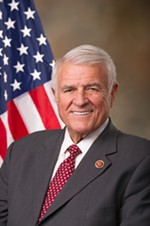 Dems Vie for Incumbent Rep. John Carter’s Round Rock Seat
North of Austin, a range of liberals in TX-31 contest

Why AISD Wants and Needs a $2.4 Billion Bond Program
Equity is not cheap