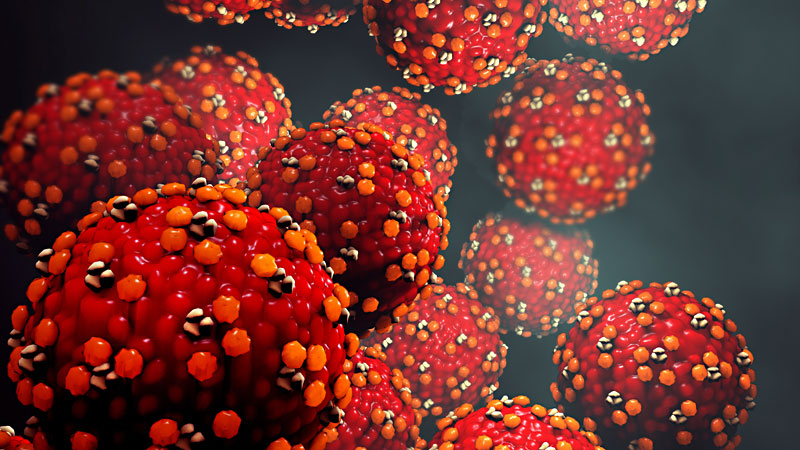 Austin Public Health officials announced on Dec. 22 that someone in Travis County was diagnosed with measles for the first time since 1999. The person visited several locations in Northwest Austin in mid-December – while they were contagious – before flying out of Bergstrom Airport on Dec. 17.

Health officials advise anyone who may have been in those locations (see list online at austinchronicle.com/news) on the identified dates and times to contact their medical provider if they start showing symptoms including cough, rash, fever, and sore eyes. If a person with the measles develops a rash, which starts on the face, they are contagious for the four days before the rash appeared and for four days after.

People who've gotten two doses of the MMR vaccine (mumps, measles, and rubella) are much less likely to catch the disease; the Centers for Disease Control and Prevention recommends that children receive their first dose of the vaccine around 12-15 months of age, and the second between 4 and 6 years of age.

Those who haven't gotten two doses of the vaccine are at increased risk of catching the disease, interim head of Austin Public Health Dr. Mark Escott told reporters on Dec. 23. He also minced no words in explaining why Travis County – and cities throughout the U.S. – are seeing more measles cases. "We are seeing quite a remarkable trend," he said, that is "directly attributable to the anti-vaccine movement."

One study from earlier this year listed Travis as among the 25 counties at increased risk of a measles outbreak due to the growing number of unvaccinated children attending schools – a choice afforded to parents in Texas. Another study from August showed that vaccination exemptions in Texas based on religious or personal reasons have grown from 2,300 in 2013 to 64,000 in 2016. In AISD schools, the unvaccinated rate is around 2.5% of students.

Escott said people should not be worried about visiting any of the identified locations outside of the dates the infected person was there, but he noted the list of sites could grow as health investigators continue learning more about the person's travels.

Measles in Austin: Points of Exposure

Austin Public Health has released this chronology of the whereabouts of the Travis County measles case. Call your doctor immediately if you have been to these locations during these dates and develop a fever before Jan. 1, 2020. For more information, see austintexas.gov/measles.