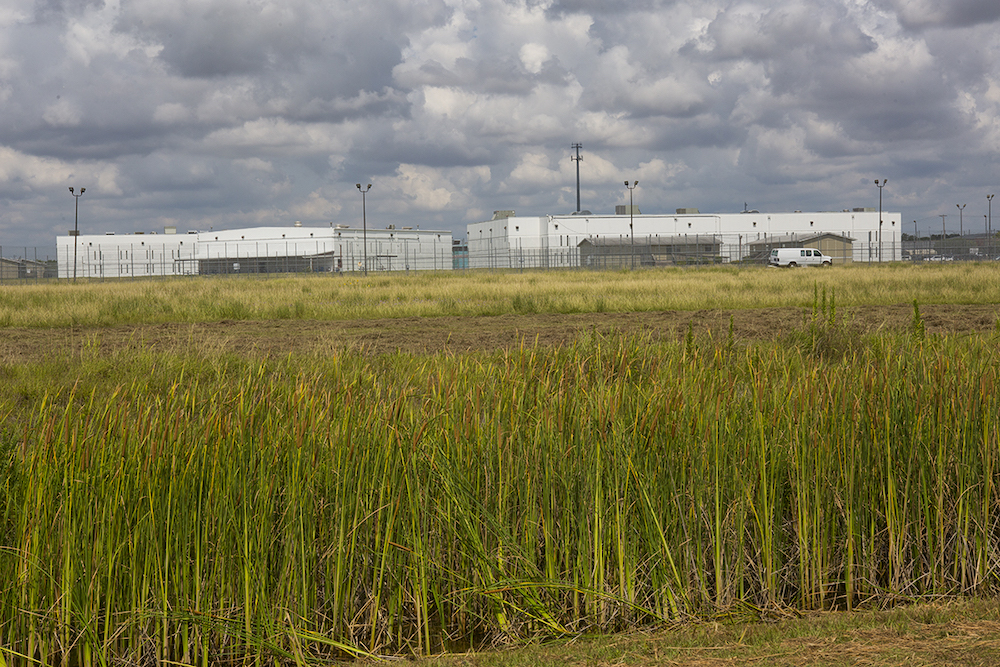 More than 40 state and local groups are warning Congress that U.S. Immigration and Customs Enforcement shouldn't get away with sidestepping federal protocol when it comes to detention center contracts. In a letter dated Dec. 5, organizations including Grassroots Leadership, RAICES, Austin DSA Immigrant Rights Committee, and the Austin Sanctuary Network urge U.S. House members to investigate ICE's attempt to "circumvent procurement law and disregard community opposition to local contract extensions," such as the one for the T. Don Hutto Residential Center in nearby Tay­lor, which houses 500 mostly asylum-seeking women.

Rather than conduct an open bidding process as required by law, ICE has engaged in "deceitful practices to maximize profit and pace of expansion," the groups write. In some cases, ICE "feigns competition" by designating requirements so specific to its desired target that no other interested party can meaningfully compete, making a "sham" of the entire process.

The organizations point to the recent ICE notice of solicitation for three 10-year contracts for federal detention facilities, published on Nov. 21, that is "clearly" tailored to three existing Texas facilities: T. Don Hut­to, the South Texas Detention Com­plex in Pearsall, and the Houston Process­ing Center. In 2019, these three held almost 22% of the average daily population of detainees in the state. All three have records of mistreatment and abuse, including deaths and sexual assault. T. Don Hutto, for instance, has a long history of abuse including multiple sexual assaults by guards since 2010, as the Chronicle has reported, and forced-labor allegations that are currently the subject of litigation. The Houston facility has reported nine deaths since 2003, while the South Texas center is notorious for subjecting immigrants to solitary confinement. "We write with grave concern about both extending the operation of these facilities with long histories of abuse, and the dubious process by which ICE is seeking to acquire these contracts," the groups write.

After mounting public pressure and several allegations of sexual abuse, Williamson County commissioners ended the county's contract with T. Don Hutto last year, but that did little to actually shut it down. Shortly thereafter, the center's for-profit operator CoreCivic engaged in a direct "short-term" contract extension with ICE, eliciting criticism from immigrant rights groups over the noncompetitive bidding process. In Septem­ber, Grassroots Leadership filed suit in federal court against ICE and CoreCivic for not making that contract public.

A growing movement among communities across the country to abolish the private immigrant prison complex is likely motivating ICE to secure long-term contracts. In October, Cali­fornia passed the strictest U.S. ban to date on for-profit prisons and immigrant detention centers; days later, ICE posted bid requests for three detention centers in the state, to sneak in under the wire before the law goes into effect Jan. 1.

"If ICE is able to secure these contracts in Texas, it will mean extending the harm of this administration far beyond Trump's term in office, further binding Texas – currently the leading immigrant-incarcerating state in the country – to an already massive for-profit detention system for the next decade," says Bethany Carson with Grassroots Leader­ship. "Despite ICE's legal requirements of the federal procurement process detailed in the letter, ICE has continued to operate in secrecy to maximize profit for private prison companies and expedite expansion while evading oversight mechanisms and congressional accountability."