End of an Era at Travis County as Gerald Daugherty Retires

County commissioner will depart at the end of 2020 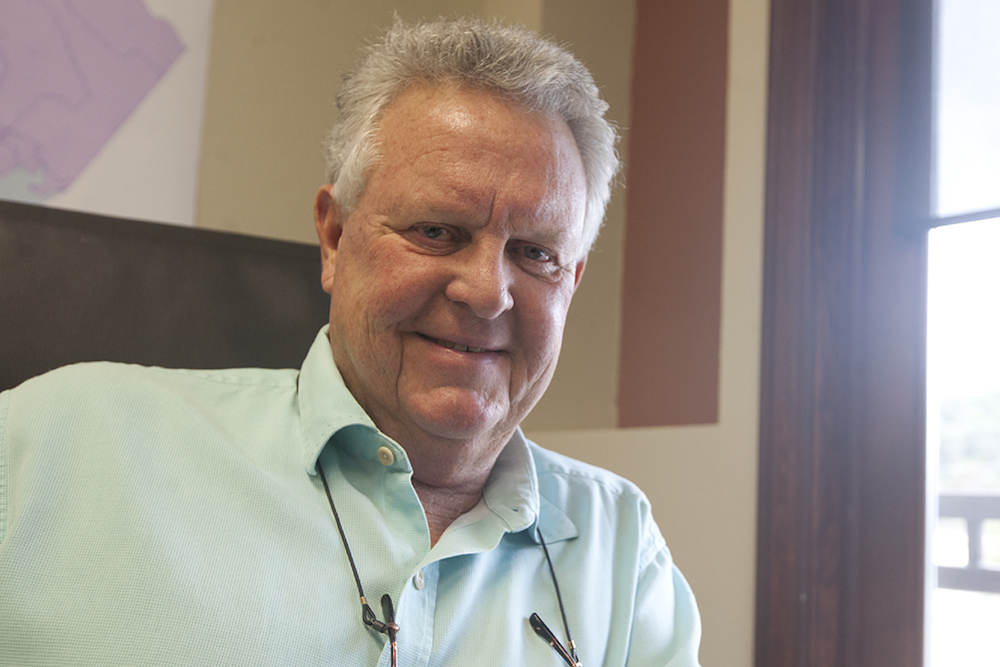 Travis County Commissioner Gerald Daugherty made it official last week: He won't run for reelection next year and will be retiring from Commissioners Court at the end of 2020. Daugherty will have served on the court for 14 years, in two tours: 2002-08, and again since 2013. He told the Chronicle, "I've always been a pretty big term-limit guy. ... I don't think you should do this for a crazy amount of years. I think 14 is enough. I'm going to be 70 in January, and it's the right time for me."

Daugherty, a businessman and the former owner of the Pleasant Valley Sportsplex, has since become a restaurateur (Jack Allen's Kitchen restaurants). His announcement was expected – in March, he told us it was "highly unlikely" he'd run again, "but I've said that before." He was waiting also to see if a fellow Republican would decide to run to succeed him. That was answered last week, when civil engineer Becky Bray (who ran unsuccessfully for City Council in 2014) filed for the GOP nomination to the Precinct 3 seat. Four candidates have filed for the March Democratic primary: Valinda Bolton, Ann Howard, Shiloh Newman, and Sheri Soltes.

In a statement, Daugherty said, "It has been a privilege and honor to serve my neighbors as their commissioner. I've done my very best to deliver on the promises that I've made over time." He highlighted his signature issue – building highways – specifically taking credit for the long-embattled construction of Texas 45 Southwest, connecting MoPac South to FM 1626: "I've fought for honest, cost-effective transportation solutions," he wrote, "for a comprehensive road system, and for a fiscally conservative county government." He also cited his work on U.S. 290 West and Texas 71 West and his successful opposition to tolling the MoPac bridge over William Cannon, as was proposed back in 2003.

Daugherty, who first got involved in politics as the leader of the opposition to Capital Metro's plans for rail transit, has been unapologetically enthusiastic about road-building as the primary solution to Central Texas traffic congestion and can wax pugnacious on the subject. His official bio reads in part, "Removing lanes on major roads for buses, bikes, or any other idiotic idea needs to end if we are serious about our mobility crisis." He told the Chronicle that people "across the political spectrum" are unwilling to abandon automobiles as their primary transportation, and argued that the climate issue is being addressed by car manufacturers.

For years, Daugherty has been the sole Republican on the court, but his Democratic colleagues speak highly of his collaborative spirit. County Judge Sarah Eckhardt said in part, "I'll miss him. We don't always agree, but he's a pleasure to work with." She praised Daugherty's collegiality. "He doesn't hold grudges, and he's a straight shooter. ... He's exceedingly agreeable even in disagreement, and I very much appreciate that. He offers a lesson for us all on how you can advocate for a minority position and not scorch your opponents."

Pct. 2 Commissioner Brigid Shea also spoke highly of Daugherty, while acknowledging their differences, especially on environmental questions. "He's an excellent model for what I would like to see in the Republican Party," Shea said. "He sticks firmly to his principles on fiscal prudence. He feels very strongly about the need for more roads, but has been supportive of bus transit. He's adamantly against rail, and he sticks to that." Shea strongly opposed Daugherty's push for 45 Southwest – "I don't think we should be spending public money to put more infrastructure over the aquifer" – but noted that Daugh­erty has defended other environmental regulations, especially in western areas prone to wildfire, and she noted as well his longtime support for Planned Parent­hood. "I truly think he's a model for what Republicans should be," Shea concluded. "I wish we had more of his kind in Congress."

Daugherty continues to serve on the Capital Area Coun­cil of Governments and Capital Area Metropolitan Plan­ning Organ­iz­ation, where his opinions on transportation will persist and carry considerable weight. In November, he dismissed a potential 2020 rail bond as a waste of money: "Rail makes no sense in Austin. Buses would be the most effective way, but we have an inadequate road system that limits the bus."

In his retirement announcement, Daugherty promised, "I do not know what the future has in store for me, but as long as I am able, I plan to continue being engaged in this community, working to find positive solutions to the challenges we face."