How Texas Impact Turns Faith Into a Tool for Progress 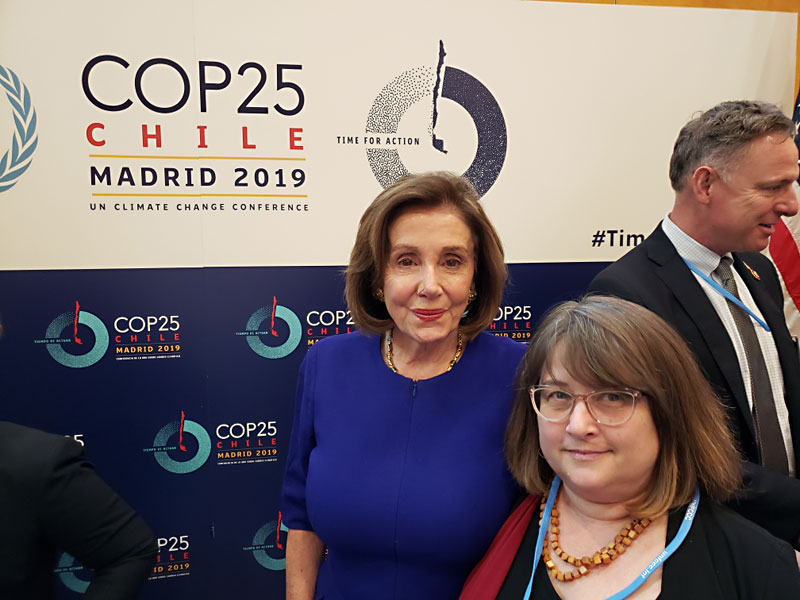 When one thinks about how big Texas is, the scope doesn't just come down to geographical measurement. Really, what makes Texas loom so large in the collective American consciousness is how many perspectives can fit within it: It's a place whose peoples can be as varied in faith and philosophy as the global community. That's why Austin-based interfaith policy organization Texas Impact works to bring a local faith perspective to discussions of globally impactful issues like climate change – and vice versa.

As Texas Interfaith Center for Public Policy/Texas Impact Executive Director Bee Moorhead explains, previous groups like the Texas Conference of Churches eventually closed up shop in part because "churches [are] kind of an outmoded way of talking about it. ... It used to be [that] people were like, 'Interfaith. So, Catholic and Protestant, right?'" But that limited view doesn't take into account the diversity of faith in Texas, where, as Moorhead points out, Houston alone has "more than 80 separate faith traditions."

"Our job," she continues, "is to be the convener for the institutional bodies that are kind of the thought leaders within those traditions." As different policy issues come up, Texas Impact's work is to find a legislative position with "100 percent consensus on the part of all the people representing all these different faith traditions. They have to all agree that the teachings of their tradition lead them to that same conclusion." Reaching consensus can be a real challenge with something like climate change, which Moorhead describes as "the outcome of a lot of policies, or lack of policy­making." Moorhead is currently in Madrid for the United Nations Climate Change Conference COP25.

Approaching climate change from an interfaith perspective puts priority on those made vulnerable by policymaking, and on making sure those suffering aren't given less attention than more affluent and able populations. Moorhead describes it through the expression "the least of these" – a piece of Christian scripture in which Jesus describes God's judgment of the sheep and the goats. The sheep – who despite having less still gave to those in need – are blessed, and the goats – who had more yet gave little to those left wanting – are judged poorly. Texas Impact, and the interfaith community in general, seeks to "bring into the conversation about anything climate or any other issue the idea that we are all in it together."

The Texas Interfaith Center for Public Policy/Texas Impact team, in partnership with the Chronicle, has been filing daily dispatches from the UN Climate Change Conference. Find their videos at austinchronicle.com/cop25.