Ricardo Martinez will takeover the advocacy organization on Dec. 1 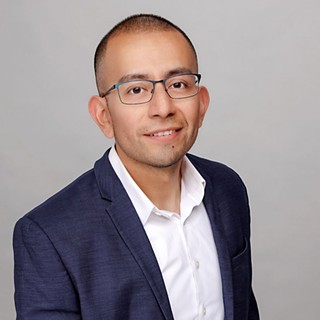 After nearly a year of searching, Equality Texas has named their new CEO. Recognized as an LGBTQ leader by the Obama administration, Ricardo Martinez will relocate from Phoenix to Austin to take over the state's largest political advocacy organization for queer and trans rights. According to the press release, Martinez – who immigrated to the U.S. from Mexico at the age of six – has spent 15 years working in national nonprofits including Stand for Children and GLSEN, an education-­focused organization working to promote LGBTQ ­inclusion and end discrimination based on sexual ­orientation, gender identity, and gender expression in the classroom.

It's been quite a ride since EQTX's former CEO Chuck Smith departed the organization last December after a 15-year tenure. With the 86th Texas legislative session gaveling in just one month later, Samantha Smoot – former political director for both the Planned Parenthood Federation for America and the Human Rights Campaign – stepped in as interim execut­ive director, but left the post in July once session wrapped. Angela Hale, a longtime legislative and media consultant for EQTX, then stepped into the role while the search for a permanent CEO continued. Hale was thanked by both Elizabeth Myers, chair of the Equality Texas Foundation Board, and Holt Lackey, chair of the Equality Texas Board. "We appreciate Angela's many years of dedicated service to Equality Texas and are pleased that she will continue to lead our legislative and communications strategy at the Capitol," said Lackey.

In a statement, Martinez, who will take the reins from Hale on Dec. 1, said he's excited to build upon EQTX's 30-year legacy. "The enormity of this moment does not escape me. I stand in gratitude for every experience that has prepared me to assume the role of Chief Executive Officer for Equality Texas. I'm incredibly grateful to the Equality Texas boards and staff for granting me the opportunity to lead an organization with such a rich history of protecting and expanding the rights of LGBTQ Texans." 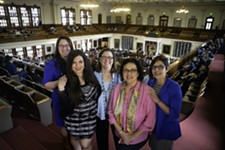