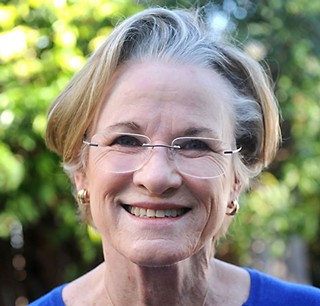 Travis County District Attorney Margaret Moore has called the videos released last week by the Austin Firefighters Association, alleging she and her office continue to mishandle sexual assault cases and neglect survivors of rape and sexual harassment, "inaccurate." In an email response to the Chronicle, Moore elaborated: "I understand the pain, anger, and frustration expressed by the women in the video. However ... It includes incorrect information. It does not tell the whole truth."

The "No (D.A.) Moore" campaign website features four videos, each spotlighting women who say they or their families have been abused by Travis County's criminal justice system. The allegations have become campaign fodder in Moore's face-off against José Garza and Erin Martinson in the March 2020 Democratic primary; they also underlie the survivors' lawsuit filed last summer against Austin and Travis County law enforcement defendants, including Moore, by eight local sexual assault survivors.

The firefighters' union decided to jump into the fray in Feb­ruary – several months after Moore offered former Austin Fire Lt. James Baker five years probation for videotaping his AFD colleague Kelly Gall in the women's locker room rather than pursuing felony charges. Prior to Baker's case, AFA Vice Pres­ident Christine Jones admitted, she had "just assumed" sexual assaults were being prosecuted in Austin, but Gall's experience "drew all of our attention to the district attorney ... once we started looking, we couldn't leave it." AFA's videos have now been viewed thousands of times; according to AFA President Bob Nicks, the website alone had garnered 2,700 hits, while the Facebook posts reached 71,000 people.

In her response to the Chronicle, Moore defended the plea bargain given to Baker, noting that "No portion of the victim's breasts or intimate area was captured in the recording," and that the plea was reached after a full investigation by the Austin Police Department. She noted that Baker was given the "maximum number of years of community supervision (five years), and permanently surrender[ed] his credentials to be a firefighter and an EMT instructor, ending his career." (According to AFA reps, Baker chose to retire before the plea deal to "avoid punishment.") Moore insisted she's placed a "very high priority on prosecuting crimes against women," pointing to the creation of a Family Violence Unit and Adult Sexual Assault Unit, which she called a "first of these in this Office." (The initial grant to start the latter was awarded to Travis County before Moore was elected; she assigned additional staff to serve as a dedicated liaison to APD and the Travis County Sheriff's Office.)

Moore also argued that under her leadership, the D.A.'s Office has "directed more resources, accepted more cases for prosecution, obtained more findings of guilt, and tried more cases to a jury than in the two years prior to my taking office." Statistics shared with the Chronicle in July show that from 2014-16, only six adult sexual assault cases received jury trials; during Moore's first 31 months in office beginning in 2017, 17 such cases went to jury trials. In 2017, about 1,000 sexual assault allegations were made locally, but only one case ended in a guilty verdict at trial; pleas of guilt were obtained in 36 other cases, but 24 of those were for crimes other than sexual assault – meaning the perpetrator was not required to register as a sex offender. The pattern continued in 2018, when the D.A.'s Office secured eight guilty verdicts (with one acquittal), 19 pleas to sexual offenses, and 29 pleas to other offenses, including 12 misdemeanors. As of August, there have been two guilty verdicts in 2019 (and two acquittals), six sexual assault pleas, and 19 other pleas, including nine for misdemeanor crimes.

As Moore sees it, the job of her office is to "see that justice is done" for both victims and the accused. "I know the citizens of Travis County want the assurance that the system is fair to all," said Moore. "It is not unusual for our decisions to fall short of the expectations and desires of both victims and law enforcement. The women in [the videos] are among those disappointed."

A version of this article appeared in print on November 22, 2019 with the headline: Moore Pushes Back Against Firefighters’ Claims 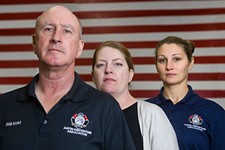