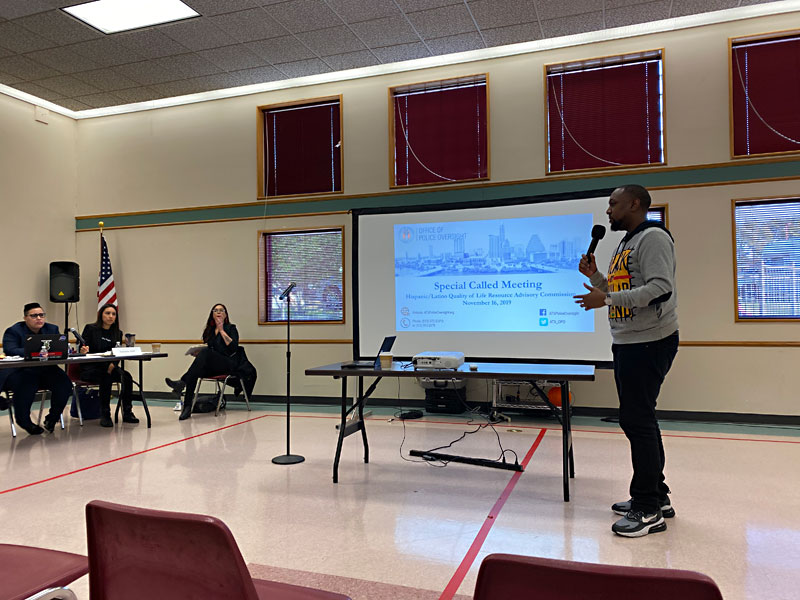 City Manager Spencer Cronk announced Friday, Nov. 15, that former Bexar County Assistant District Attorney Lisa Tatum will conduct a third-party investigation into allegations of racist and bigoted conduct by leadership within the Austin Police Depart­ment. Tatum will look into the allegations, laid out in an anonymous complaint filed with the Office of Police Oversight, that recently retired APD Assistant Chief Justin Newsom used the N-word on multiple occasions, as well as related allegations outlined in a letter from the police union, the Austin Police Association. The letter from APA President Ken Casaday implies that Police Chief Brian Manley knew of the allegations for five weeks before acting on them, as a way of protecting Newsom.

In a statement, Cronk wrote that Tatum "will have the City's resources at her disposal, and the full cooperation of my office and the Austin Police Department." In 2018, Tatum, who now works in private practice at the firm she founded, LM Tatum PLLC, led an investigation into the Special Victims Unit of the San Antonio Police Department that uncovered 130 cases that had been mishandled by an SAPD detective.

Tatum has begun the investigation, but the work will likely move slowly in its early stages. She must first determine what resources are needed to answer the questions at the root of the allegations against APD leadership: Who know about the alleged racist remarks, when did they find out about them, and what did they do when they found out?

On Tuesday, Nov. 19, Tatum told the Chron­icle that she would have not taken on the case if she did not feel the city and APD were committed to a thorough investigation. "I will be doing my best to meet the commitments that I've been asked to attend to by the city of Austin," she said, "and I am hopeful that everything I am able to contribute is helpful and will enable everyone to move forward."

Local criminal justice activists continue to call for policy changes in light of the allegations. At a special called meeting of the Hispanic/Latino Quality of Life Resource Advisory Commission on Saturday, Nov. 16, Chas Moore of Austin Justice Coalition and Chris Harris of Just Liberty urged APA and city leaders to consider a change to the police contract that would give the city greater power in punishing claims of racial bias or profiling – a violation of APD policy – committed by officers.

Currently, the police contract does not allow the police chief to issue disciplinary action against misconduct by an officer, including violating the policy against racial bias or profiling, if evidence of the misconduct is older than 180 days. The rule "is basically a statute of limitations on allegations of racial bias," Harris said. "Racist remarks made 6 months and one day ago cannot be disciplined." The contract is not set to be reopened until September 2022; it's possible, but unlikely, that negotiations between APA and the city would reopen before then.

The Office of Police Oversight is also preparing an audit of APD's racial profiling reports, released annually, which look at the rates of traffic stops and vehicle searches involving various demographic groups in the city. The OPO audit is a collaboration with the city's Equity Office and Innovation Office, and has been in the works since this summer. It will look at traffic stops and searches from 2015-18; unlike the racial profiling reports from APD, the OPO audit will also include the population share each demographic accounts for in the city, providing a clearer picture of the department's track record with racial profiling over that time period. The audit is still in draft form, but a city spokesperson says of its findings, "A cursory look would indicate that people of color have disproportionate interactions with APD when taken as a percentage of the population." But the spokesperson cautioned against reading too much into that until the full report is released, to better understand the nuances of the topic.