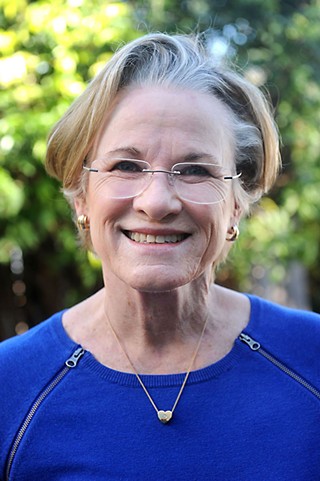 Emily Borchardt, one of the eight plaintiffs in an ongoing sexual assault class-action lawsuit against local law enforcement, and who separately hit Travis County District Attorney Margaret Moore and her First Assistant Mindy Montford with a defamation suit in September, filed a restraining order request last Friday, Nov. 8, in an effort to "temporarily restrain" and, following a hearing, "preliminarily enjoin" the pair from "making, or directing or encouraging others to make, statements that explicitly or implicitly state or suggest" that Borchardt consented to being sexually assaulted. According to the filing, Moore's recent comments at a candidate forum suggest she and Montford "intend to continue to speak publicly about Emily's case, including in upcoming events related to Ms. Moore's campaign for re-election, and to continue to misrepresent both what Emily has said and what the evidence in the APD file proves."

Borchardt, who says she was strangled, kidnapped, and raped repeatedly over two days by several men in January 2018, joined the survivors' lawsuit in August 2018 after the D.A.'s Office twice declined to prosecute her case. A month later, Montford returned a call made by a friend of the Borchardt family who wanted to know why Borchardt's case had been denied. The friend recorded the call, in which Montford claimed Borchardt admitted her alleged rapes were consensual and that she was "relieved" prosecution was declined. After the recording came to light in March of this year, Borchardt filed a separate lawsuit that accuses Moore and Montford of lying about a rape survivor in an attempt to undermine her and dissuade her from pursuing the class-action suit.

Friday's filing in an Austin-based U.S. District Court reexamines the 40-minute phone call, in which Montford said "no fewer than 11 times" that Borchardt told Austin police that the "rapes she endured were actually consensual." Montford also "indicated that Emily signed a written statement admitting that she consented to her rapes." However, a side-by-side table in the filing comparing Montford's taped conversation and Borchardt's statements taken from APD's case file show a large discrepancy between the two.

The filing includes a sworn, four-page affidavit from Borchardt stating that it's "categorically false" that she ever consented to her sexual assault or that she ever told the cops she consented. She concludes her statement, which details the depression and challenges she's dealt with in the last two years, by noting: "There's virtually no way, outside of this lawsuit, for me to repair the extensive damage already done to my reputation given the repeated and public false statements" made by Moore and Montford about her case. "It also seems that they will continue to make misrepresentations in order to protect themselves, at my expense."