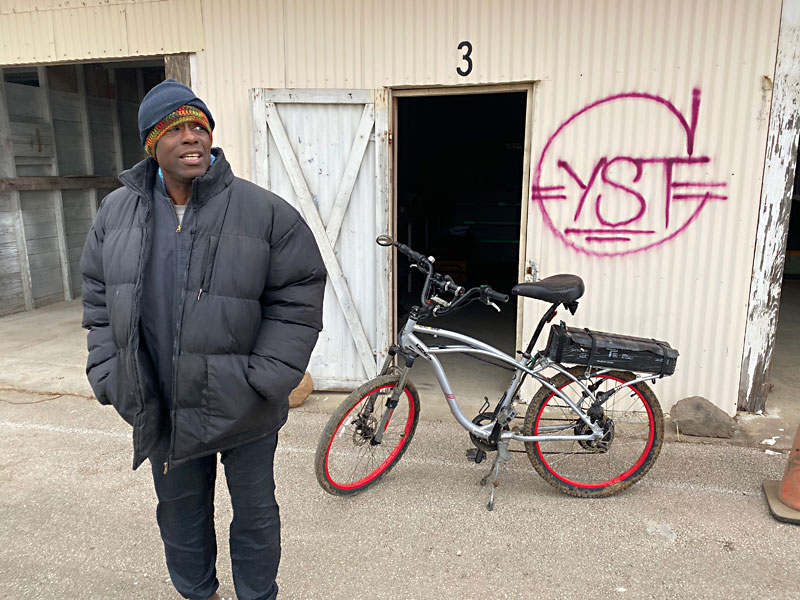 At its meeting today (Nov. 14), City Council will likely set aside $8 million to purchase the Rodeway Inn motel at Oltorf and I-35 to repurpose as an 87-bed low-barrier shelter offering both temporary bridge housing and long-term supportive housing to those seeking to exit homelessness. This plan supersedes Council's action in June to purchase an office building on Ben White to convert into the South Austin Housing Center; the city is now focusing on hotels and motels that require less time and money to convert into shelters or housing stock – spaces that can serve as residences.

Mayor Steve Adler told the Chronicle the motel purchase could help the community "turn a corner" on reducing homelessness. "When you approach someone on the street and ask them to come into shelter, they don't always agree," Adler said. "But if you hand them a key and say, 'This is to your room,' very few people will say no to that."

At a Council work session on Tuesday, Nov. 12, Matt Mollica, executive director of the Ending Community Homelessness Coalition, said his goal was to raise private funds to operate the Rodeway Inn as a shelter for two years. The facility could open within 60 days of finalizing its sale, if enough funding is secured. After that two-year period, the goal is to fully convert the site to permanent supportive housing, paired with the mental and physical health care and social services people exiting homelessness may need to gain stability in their lives. Once the conversion is complete, ECHO and its partners will have access to a bigger funding stream – primarily through federal Housing Choice Vouchers, the former Sec­tion 8 – to fund its continued operation.

That being said, as a low-barrier shelter, the Rodeway Inn would not require people who stay there to engage with services or case management – a change from the proposed approach for the South Austin Housing Center. Letting individuals choose to engage is key to success, Mollica told us. "We need to create a service provision that isn't predicated on a paternalistic view that what we know what's best for people experiencing homelessness," he said. "We need [the process] to be participatory to help people accomplish their goals."

The city's new focus on strategies that lead more directly to housing is in sharp contrast to the initiatives announced last week by Gov. Greg Abbott, and to local business interests united as "ATX Helps." On Nov. 7, the Austin Chamber of Com­merce announced that its coalition of businesses, faith leaders, and charities aims to raise $14 million to build and operate a temporary emergency shelter (basically a high-end tent, known as a "Sprung" shelter) as close to Downtown as possible.

The ATX Helps facility, with 300 beds, would also have low barriers for entry – men, women, couples, and their pets will all be welcome, unlike at most existing Downtown shelters. The structure itself will cost about $2 million, with the remaining $12 million going toward two years of operations: utilities, on-site laundry, meals, and wraparound services to help people exit homelessness, although no providers have as of yet agreed to provide such assistance. A safe storage facility will also be offered at the site.

“Both the governor’s and the chamber’s plans are a knee-jerk reaction outside of a larger strategy ... temporary solutions that make homelessness a little more comfortable for some people, but they don’t do anything to permanently end homelessness.” – Caritas’ Jo Kathryn Quinn

Also on Thursday, Abbott announced his plan to designate a 5-acre tract of state-owned land near Montopolis Drive and U.S. 183 as a space for people experiencing homelessness to camp – despite national and local experts explicitly recommending against this strategy. In an August memo, Assistant City Manager Rodney Gonzales told Council, "Creating these environments may make it look and feel like the community is taking action to end homelessness on the surface – but, by themselves, they have little impact" and "can prove difficult to manage and maintain."

Local providers including ECHO, Front Steps (which manages the Austin Resource Center for the Homeless), Integral Care, and Caritas of Austin tell the Chronicle that, had they been invited to provide meaningful feedback to ATX Helps or "Camp Abbott," they would stress the need to prioritize investment in permanent solutions to help people exit the homeless care system, and less on helping them as they enter it. Caritas' Jo Kathryn Quinn was frank in her assessment: "Both the gov­ernor's and the chamber's plans are a knee-jerk reaction outside of a larger strategy," she said. "They are temporary solutions that make homelessness a little more comfortable for some people, but they don't do anything to permanently end homelessness."

Chris Turnley with the faith-based Austin Bridge Builders Alliance emphasized that ATX Helps' goal is to grow Austin's shelter capacity, noting the "friction" between people living in the streets, business owners, and other users of those streets. "We're working on the front end of homelessness today," Turnley told us, "so more people can have access to more beds quickly." Once in those beds, the group intends to help connect them with services.

Meanwhile, people are trickling into Camp Abbott, but many questions remain. As of Monday, Nov. 11, several of those staying there said food was delivered as Abbott promised, and portable toilets and hand-­washing stations were available, but the vague offer of health care and on-site case workers had thus far gone unfulfilled. (On Wednesday, as the Chronicle went to press, a CommUnityCare mobile clinic was preparing to go to the site.) And there was no check-in system to enroll users in the citywide Homeless Management Informa­tion System, a first step in connecting people with services.

Even getting to the site is a challenge, with no signage directing people to the location and no bus routes in the area. One man who arrived on Sunday night told us he rode his bike for two days – against oncoming traffic along U.S. 183, still under heavy road construction – to get to the site. On Wednesday, as the Chronicle went to press, Capital Metro spokesperson Mariette Hummel told us the transit agency had an agreement in place, for the next two days at least, to transport people displaced "as TxDOT is cleaning up campsites" to Camp Abbott – but not from there – if they request a ride.

Michael Johnson, who arrived at the site the day it opened, was optimistic about the future of Camp Abbott. He was glad to have shelter and food, but told us he hoped Abbott would improve the experience. "It's skeletal right now," Johnson told us. "But I'll grow with it, if [Abbott] stays committed to us." 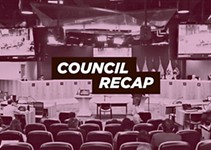