County and operator at odds over expansion 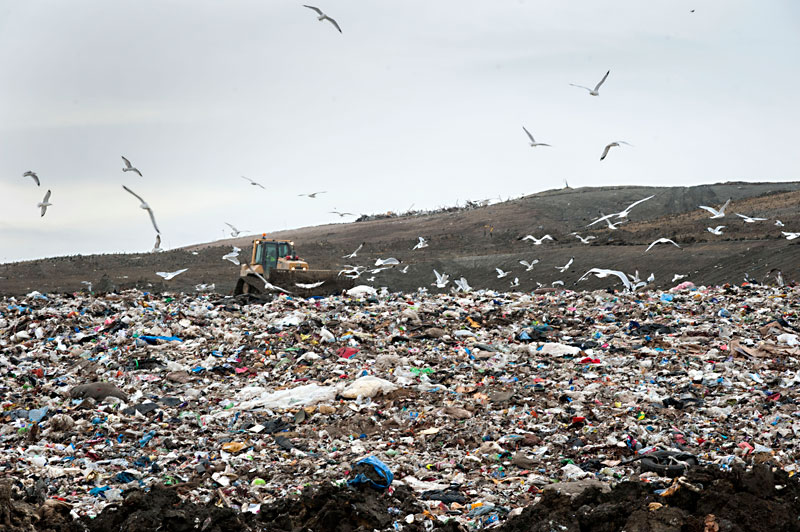 After months of worrying that Austin's most controversial landfill might soon be growing, neighbors and activists had been calling a recent vote by the Travis County Commissioners Court a huge win that would ensure the facility's closure. But, days later, they found out that global corporation Waste Management is now planning to instead build a transfer station at its Austin Community Landfill near Highway 290 and Springdale Road, possibly perpetuating concerns for decades longer.

The community's good news came in September, when the commissioners unanimously approved a new section of the county code that prohibits new landfills or landfill operations except for at three locations where facilities are already operating under permit from the Texas Commission on Environmental Quality, or other locations with a TCEQ permit application pending as of Sept. 17. While WM's ACL in Northeast Austin is permitted and thus exempted, the code amendment further prohibits processing and disposal "outside of the currently authorized area or in excess of the currently authorized capacity." WM had been considering expanding the ACL, but because it hadn't yet filed a TCEQ application for the plan, the siting ordinance prevents any such growth.

WM has called the ordinance amendment "very targeted" and "unfair." Steve Jacobs, WM's director of disposal operations in Tex­as and Oklahoma, told the Chronicle that the county wasn't transparent – it posted notice of the vote two weeks beforehand as required, but didn't consult with operators – and that the ordinance shouldn't exempt currently nonpermitted tracts owned by rival landfill Texas Disposal Sys­tems. "Waste Management believes all waste industry regulations should be applied equally across the county," says Jacobs.

According to County Judge Sarah Eck­hardt, state statute gives counties little regulatory authority over solid waste, "but this is our effort to use whatever authority we do have to handle it appropriately." It's said that Commissioner Jeff Travillion of Precinct 1, where the ACL is located, spearheaded the effort. Neighbors of the ACL, nearby business owners, and the Texas Campaign for the Environment celebrated the court's decision, as they had strongly opposed an expansion because of frequent nuisance odors, trash truck traffic, and industrial waste buried on the site in the early 1970s. TCE Deputy Director Jeffrey Jacoby says they initially thought grassroots activism and the commissioners' action had "killed this landfill."

Texas Campaign for the Environment thought grassroots activism and the commissioners’ action had “killed this landfill.”

Then, just a week after the ordinance passed, WM sent its transfer station registration application to TCEQ. It's unclear if the company developed the almost 300-page document during the four weeks after the commissioners posted notice of the upcoming vote, or if WM had been quietly working on it for months. Now TCE and neighbors anxiously await clarity on what this means. The transfer station "presents numerous problems for the community – the truck traffic and the odors in particular," says Jacoby. "Their track record for operating the ACL is such that we have no confidence this would be anything other than a continued blight on the community."

According to WM's registration application, the transfer station would be built within the ACL's "permitted boundaries" when the landfill is nearing full capacity or in the process of closing. It would consist of a 10-acre area near the entrance at Giles Road, where about 600 smaller trucks would unload trash onto a concrete slab each day. Then, larger trailers would load up the trash and drive it to other counties' landfills for long-term disposal – effectively going against Eckhardt's vision to not "export our garbage to others."

In 2018, the ACL accepted an average of about 2,700 tons of trash and about 500 trash trucks a day; this transfer station would receive up to 5,880 tons per day and send off only 3,200 tons, meaning up to 2,600 tons could be stored each day. This trash would be at the station – sitting on the concrete, unburied – for a maximum of 48 hours, or 72 hours on weekends and holidays. Though previous estimates have put the landfill's remaining life at about six years, WM's application includes waste acceptance amounts for the transfer station beginning as early as 2020.

Jacoby says the community still has a few tools left to fight it. The county code contains a provision regulating how close trash facilities can be to things like churches and residences, and the transfer station seems to violate that. Then, he adds, the city of Austin recently decided to keep part of the ACL within its full-purpose city limits in hopes that it could apply zoning authority if needed. "I think the neighbors recognize the significance of the county's actions but they're also very disappointed that Waste Manage­ment has filed this registration," Jacoby says. "People are both cautiously optimistic and very concerned." 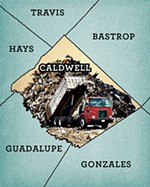 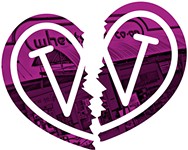