After Much Shouting, Riverside Deal Gets Done 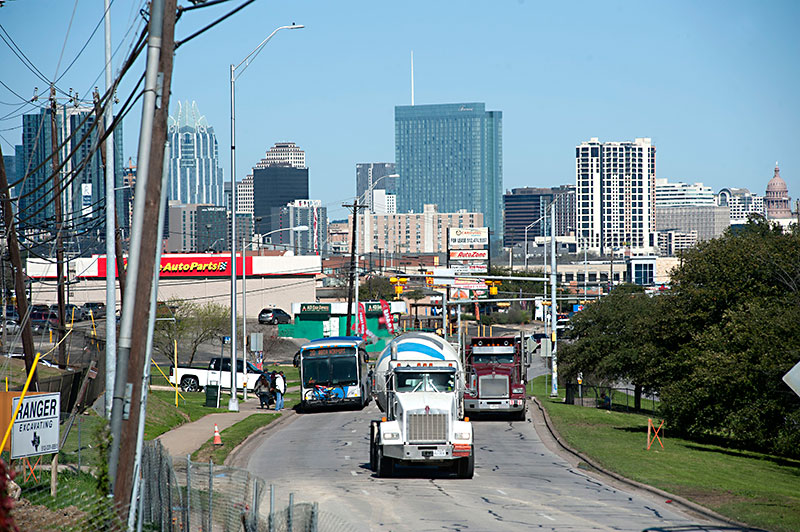 City Council gave final approval to zoning for the 4700 Riverside project – dubbed the "Domain on Riverside" by both its fans and foes, for different reasons – on Thursday, Oct. 17. After more than a year of controversy, development group Presidium now plans to build an eventual 4,700 residential units, 600 hotel rooms, and millions of square feet in office and retail space on the 97-acre site, including between 400-565 income-restricted housing units. To do that would require the demolition of up to 1,300 existing "market rate affordable" units (about 3,700 bedrooms, some of which are leased individually) across the five separate apartment buildings on E. Riverside and Pleasant Valley that make up the site.

As a deal sweetener, Presidium entered an agreement with the Ending Community Homelessness Coalition to house 100 people exiting homelessness for five years, along with in-home medical and social services for each over that period. The project overcame intense backlash from vocal activists who tried to intimidate both Council Member Pio Renteria and development attorney Michael Whellan of Armbrust & Brown out of supporting the effort. But the project was also opposed by UT students who have long relied on the existing apartments for cheap housing, as well as the dwindling number of families who live in the complexes at 4700 Riverside.

The student and family housing supplied by the existing development, and the displacement that the redevelopment would cause, led two of Council's most firmly pro-housing members – CM Greg Casar and Mayor Pro Tem Delia Garza – ultimately to oppose the project. In a Facebook post, Casar summarized: "We can be pro-housing while also opposing major gentrification projects like this one." They were joined by CMs and Leslie Pool in opposition; with Alison Alter abstaining and Kathie Tovo absent, the final vote was 6-3-1.