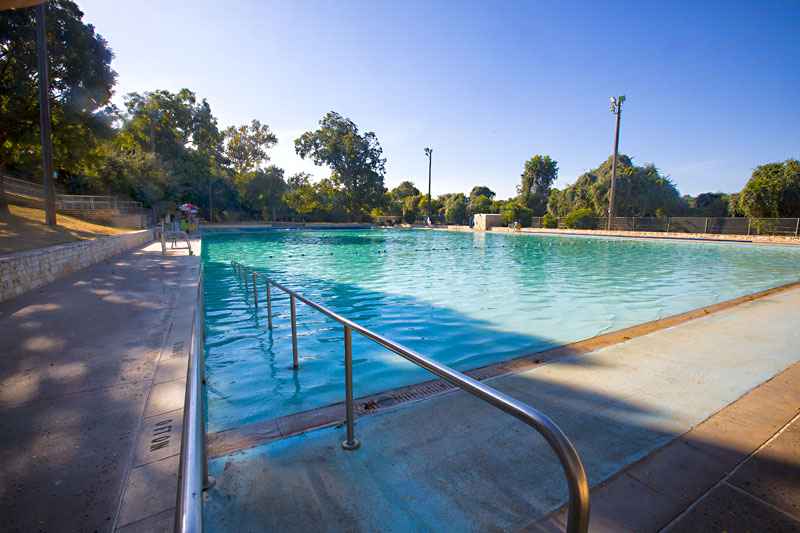 No-cost parking may soon be a thing of the past at Texas' oldest public pool: The Austin Parks and Recreation Department has advised City Council of plans to meter the lot at Deep Eddy, which PARD notes offers the last free parking in the area, used by swimmers, joggers, and patrons of local businesses along Lake Austin Boulevard. Learn more about the proposed changes by visiting us online. (Photo by Jana Birchum)

Climate Strike Friday: Much of Sept. 20 will be spent trying to persuade public officials across the globe to take the climate change crisis seriously. In Austin, students will lead a rally at the Texas Capitol to demand the state "acknowledge the immediate and pressing threat of the climate crisis." See Civics 101 for details.

Whole Lotta Nothin': Austin ISD confirmed its investigation into an incident that occurred during the Aug. 26 school board meeting involving trans activist Naomi Wilson has been closed. Education Austin president Ken Zarifis had his phone confiscated as part of the investigation, but charges were not pursued against anyone involved in the incident.

Who's the Dummy?: President Donald Trump called Dem presidential candidate Beto O'Rourke a "dummy" on Twitter this week for his proposal of a federal buyback of assault weapons, to which O'Rourke responded, "The only thing stopping us from ending this epidemic [of gun violence] is you & your cowardice." Sen. John Cornyn claimed a compromise was in the works until O'Rourke set the conversation back "decades."

LGBTQ Pres Forum: Ten of the Dem candidates vying for the party's nomination will join GLAAD, The Advocate, One Iowa, and The Gazette Friday evening for a conversation on LGBTQ rights in the U.S. The presidential candidate forum, according to the Press-Citizen, is the first on queer issues since 2008. Held in Iowa, the conversation will be live-streamed; see this week's "Qmmunity" for more.

If Only: "You are destroying our party." Lite Guv Dan Patrick tweeted that apocalyptic remark to once-ally Michael Quinn Sullivan of Empower Texans, demanding MQS release the notorious tape of his private meeting with House Speaker Dennis Bonnen, in which the two reportedly discussed whether to primary certain disfavored GOP incumbents. Mucus responded (roughly), "I know you are but what am I ..."

In Memoriam: Anti-death penalty activist, author, and bereaved mother Jennette Popp died Aug. 15, in Graham, Texas, after a heart attack. Popp's daughter was Nancy DePriest, who died in the notorious 1988 Pizza Hut murder – for which Chris Ochoa and Richard Danziger were wrongfully convicted after a confession coerced by APD Detective Hector Polanco. Popp later co-wrote a book about the case. (See "No More Polancos," by Jordan Smith, Dec. 21, 2001.)