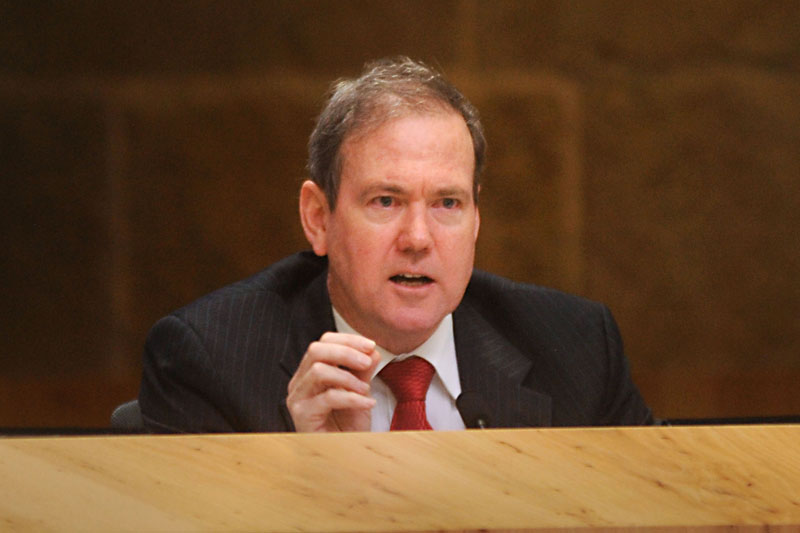 Just a day after the Austin City Council passed a budget that includes first-in-the-­nation city funding to help residents connect with abortion support services, former Council Member Don Zimmerman filed a civil lawsuit against the city to block the funding from going through. The $150,000 line item in the budget is an attempt by the city to get around a repressive new law, Senate Bill 22, passed during the most recent legislative session that bars taxpayer dollars from being sent to abortion providers.

The city's longtime lease agreement with the Planned Parenthood clinic in East Aus­tin to use its city-owned space was targeted by backers of the law, but as SB 22 did not apply retroactively, the $1 annual lease, renewed for up to 40 years by Council last November, was allowed to continue. However, new Human Sexuality curriculum that Austin ISD sought to adopt, written by the Planned Parenthood League of Massa­chu­setts, was abandoned to avoid violating the new law. In spite of the Lege's attempt to prevent local governments from helping residents access medical care to which they are legally entitled, Council took a stand by funding groups that help women with logistics and travel to clinics.

Zimmerman and other pro-life hard-liners have not been pleased with the Council's refusal to play along with their posturing. His suit, filed Sept. 12, alleges the new funding would violate state law that levies criminal penalties against anyone that "furnishes the means for procuring an abortion knowing the purpose intended." Of course, that statute predates Roe v. Wade, which legalized access to abortion services throughout the nation.

Local appellate attorney Susan Hays, who has studied case law on reproductive rights for over 20 years, explained that it's not uncommon in Texas for laws struck down by a higher court to remain on the books without being enforceable. The state law banning "homosexual conduct" (Texas Penal Code 21.06, adopted in 1973, overturned by Law­rence v. Texas in 2003) is another example. "Typically, the Legislature will formally repeal a statute when it has been [struck down] by a court," Hays told the Chronicle. "But with the abortion and sodomy laws, they were too chicken. This lawsuit is a ridiculous bullying tactic trying to take advantage of that."

But the case brought by Zimmer­man's lawyers, Jonathan F. Mitchell (a Federal­ist Society member) and Dustin Fillmore, takes an unusual view of the 200-year-old legal principle of judicial review. "Neither Roe v. Wade nor any subsequent decision of the Supreme Court 'struck down' or formally revoked ... article 1192, or any other Texas statute that criminalizes abortion," it reads. The lawyers further argue the law can still be enforced, so long as it is done so in a way that does not "contradict the Supreme Court's interpretation of the Constitution."

Hays points out that nonprofits, faith organizations, and others have long helped furnish abortions, before and after Roe, and she says any effort to restrict access to abortion services poses a danger to all women. "Anyone who has any sense of history or medicine knows that when abortions are hard to get, women die," she said.

In a statement sent last week, CM Greg Casar called out the laughable legal reasoning from Zimmerman. "I didn't know if I was reading a lawsuit or if it was a satire piece in The Onion," he said. "The lawsuit reads like Zimmerman just stepped out of a misogynist time machine, and he doesn't realize that things like abortion, interracial marriage, and birth control are suddenly all legal now."

A version of this article appeared in print on September 20, 2019 with the headline: Zim Sues to Travel Back in Time, Pre-Roe