City Council is busy this week, with a special called meeting on changes to the city's camping, sitting, and lying ordinances unfolding on Wednesday, Sept. 18, as the Chronicle went to press, alongside the regular meeting happening today, Sept. 19. A tentative third meeting is scheduled for Friday, Sept. 20, should Council need more time to deliberate and vote on items from the Wednesday meeting.

After two proposals on how to amend the camping ordinances were unveiled last week – one set crafted by Mayor Steve Adler and Council Member Greg Casar, the other by CMs Ann Kitchen and Kathie Tovo – the two factions bridged much of their divide with a new proposal crafted by that four-member subquorum, which was released on Tuesday afternoon, Sept. 17. 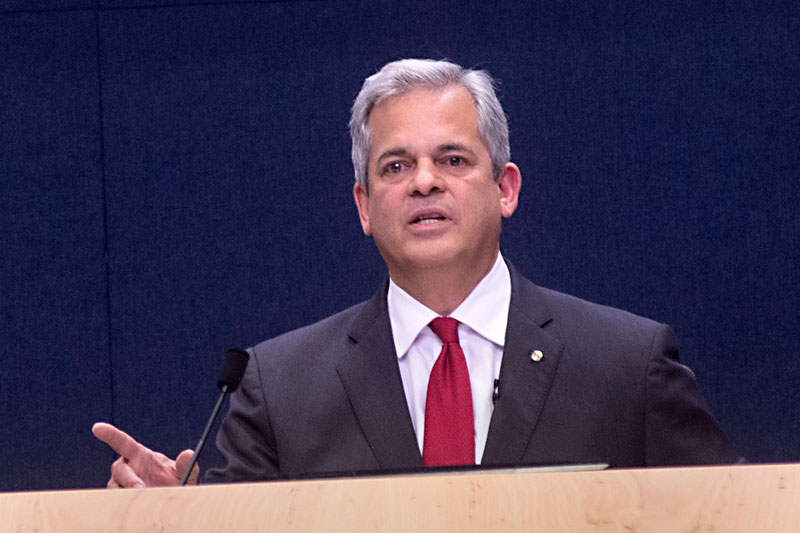 All involved sought to stress areas of agreement between each proposal with the release of the joint "phased-in approach," centered on the city's aspirations to house as many people experiencing homelessness, and connect as many of them with services, as possible before moving to tighter prohibitions on public camping, sitting, or lying. As more housing and services become available, and as the agencies and nonprofit providers connect with more people on the streets, changes to the ordinances will be phased in.

The three phases – Categories 1, 2, and 3 – each have triggers for their enforcement. Camping in a way that poses an imminent threat to public health or safety – prohibited under the status quo rules adopted June 20 – falls under Category 1, with immediate enforcement. Category 2 rules – such as camping, sitting, or lying within a to-be-­defined radius of a shelter or housing center – would not be enforceable until housing and services were offered to the individuals camping in the area, and signage announcing the prohibition is erected.

Finally, Category 3 rules would not be enforced until – depending on how the Council votes this week – they are passed on third and final reading at some point in the future, or until the city reaches net-zero homelessness, which is defined by the federal government as a housing waitlist of less than 60 days. C3 rules are the most sweeping, including a ban on camping on sidewalks entirely, and camping, sitting, or lying on "all high pedestrian and vehicular traffic streets." 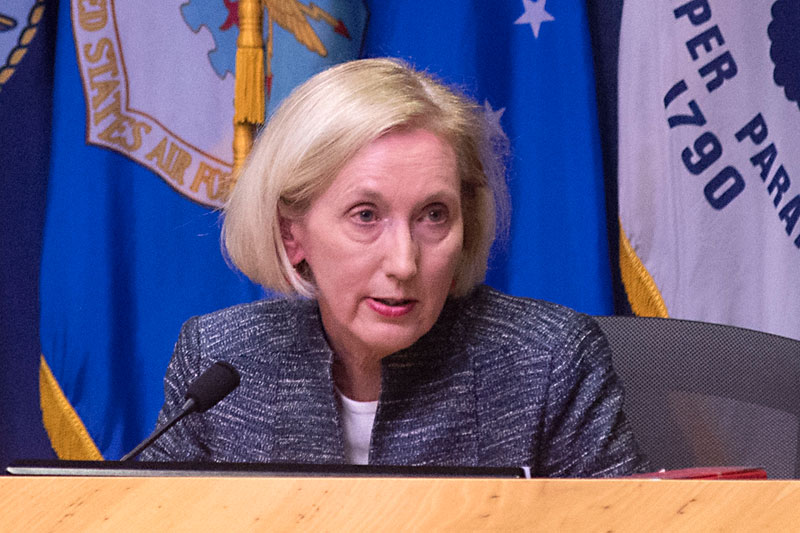 Ann Kitchen (Photo by John Anderson)
“Sidewalks are built for the purpose of pedestrian traffic. They just aren’t big enough to camp on.” – Ann Kitchen

The new strategy outlined in the "phased-in approach" reflects what Adler referred to as "temporal differences" between the two proposals in a conversation with the Chronicle. "No one wants camping anywhere in the city," the mayor told us. "It's just a question of how do we get from here to there. We need to pass an ordinance that is something we can really do today, or something that we could actually do with more investment. Let's make that investment and set the bar there."

Despite broad agreement in principle, distance remains on the dais – even between Adler and Casar – on significant policy questions. Within each of the three categories, differing alternatives are listed for what restrictions on camping, sitting, and lying should be included (in keeping with the unity theme, names of individual CMs are no longer listed alongside each idea). Notably, as we went to press on Wed­nes­day, consensus had not been reached on what to do about camping on sidewalks. Tovo, Kitchen, and co-sponsors Leslie Pool and Alison Alter are pushing to prohibit camping on specific "high pedestrian and vehicular traffic roadways," including on Guad­alupe between MLK and 29th; on West 24th; on Congress Avenue down to Oltorf; and on Second, Fifth, and Sixth streets.

Adler, meanwhile, has favored restricting camping, sitting, and lying on sidewalks along some blocks of high traffic roadways. For the rest of the city, he would allow camping along sidewalks so long as a five-foot "clearance zone" was left open, allowing for safe passage of pedestrians with strollers, or individuals in wheelchairs. Per the Public Works Department, most sidewalks throughout the city are between four and five feet wide. The Americans with Disabil­ities Act requires sidewalks be a minimum of three feet wide. Greg Casar (Photo by John Anderson)
“Sleeping there isn’t ideal, but if that’s the best option they have, we should allow it.” – Greg Casar

Casar told us he would not support restricting camping along any specific roadways; instead, he has proposed a four-foot clearance zone along all city sidewalks. "Sometimes someone may lean up against a wall and sleep on a wide Downtown sidewalk where there's 10-15 feet of clearance space," Casar explained. "Sleeping there isn't ideal, but if that's the best option they have, we should allow it."

But Kitchen said that her and Tovo's proposal avoided referencing any type of clearance zone, in part, to make enforcement of the ordinances clearer for the police officers interacting with individuals who may be in violation of the rules. Moreover, Kitchen said, "there are standards for designing sidewalks that make them safe," and the wider sidewalks Downtown were designed that way to accommodate higher volumes of traffic. "Sidewalks are built for the purpose of pedestrian traffic," she told us. "They just aren't big enough to camp on."

Other differences left unresolved as of press time include how far from culverts individuals are allowed to camp (consensus against camping within a creek bed was reached); if camping should be prohibited within high-risk wildfire areas, or just the igniting of fires; and whether City Manager Spencer Cronk or department heads should be granted more authority in defining risky areas for camping, sitting, and lying.

As for the regularly scheduled meeting on Thursday, Council is set to give final approval to the redevelopment project at 4700 E. Riverside, despite objections from Casar, Mayor Pro Tem Delia Garza, and a fervent group of neighborhood activists. A master plan for the Asian American Resource Center will be unveiled, with CM Jimmy Flannigan calling on his colleagues to explore potential public-private partnerships at the site, which sits along a priority transit corridor and within an Imagine Austin job center. Council will also consider an agreement with consulting firm Police Executive Research Forum to conduct a "comprehensive evaluation of reported sexual assaults," as part of efforts to better understand APD's failures to adequately process and investigate these offenses.

A version of this article appeared in print on September 20, 2019 with the headline: Phases and Stages