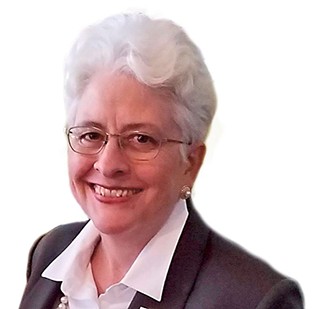 There's now a second official candidate in the race for the Democratic nomination to succeed retiring Travis County Attorney David Escamilla. Tuesday afternoon, before about 50 people packed into the NeWorlDeli on Guadalupe, Assistant County Attorney Laurie Eiserloh joined Pflugerville criminal defense attorney Dominic Selvera as the only declared contenders; however, County Court-at-Law Judge Mike Denton (who retires from his bench on Friday, Sept. 13) and Austin Mayor Pro Tem Delia Garza have each said they are "seriously considering" the race and are expected to announce later this year.

Just before she spoke from a small stage, Eiserloh told the Chronicle that she decided to run in August, when she learned that County Court-at-Law Judge Elisabeth Earle, widely expected to run, had decided not to do so. As a longtime civil attorney, Eiserloh has a lengthy résumé with the state, city, county, and nonprofits and, at first glance, seems centrally qualified for the office. Currently the leader of the county's employment law team, where she's worked for nearly a decade, her broad experience also includes the city of Austin law department, private practice, the Texas Attor­ney General's Office, and (just out of UT Law) executive director of what was then the Lesbian and Gay Rights Lobby of Texas, now Equality Texas. She described as well volunteer work with El Buen Samar­itano and the Trinity Center of St. David's Episcopal Church.

In addition to handling Travis County's civil litigation, the County Attorney's Office prosecutes criminal misdemeanors (often in the Courts-at-Law where Earle and Denton preside), and Eiserloh described several areas for improvement should she win the nomination (which is usually tantamount to winning the position in dark-blue Travis). She is highly aware, she said, that a misdemeanor conviction can affect a person's prospects in jobs, housing, and immigration status, and "too often those effects fall disproportionately on people of color and the poor." Among other approaches, she recommends better "pre-screening" arrestees for dismissal or diversion; "best practices for fairness" in handling suspects; and better training for young attorneys, particularly to defend against "inherent bias." She added, "We also have to do better in handling family violence cases," including better communication and engagement with victims and witnesses.

Eiserloh lamented the Travis County Jail has become "too often the mental hospital of last resort," and recalled learning from a jail nurse that some welcome arrest because it means they'll receive mental health services. "We have to get better," she said.

Considering how to underwrite some of these changes, she noted that better pre-screening of arrestees could free some institutional resources for other programs. But she also acknowledged that in some instances – support for mental health services, for example – "the state of Texas has a piece of this" that it is currently failing to deliver.

Eiserloh said that succeeding Escamilla would mean filling "some very big shoes," but that colleagues (including some on hand) had encouraged her to run, based on her ample qualifications. Asked about the prospects of facing Denton or Garza, she said, "They aren't running yet, but should they do so – I believe I'm the most qualified for this position."