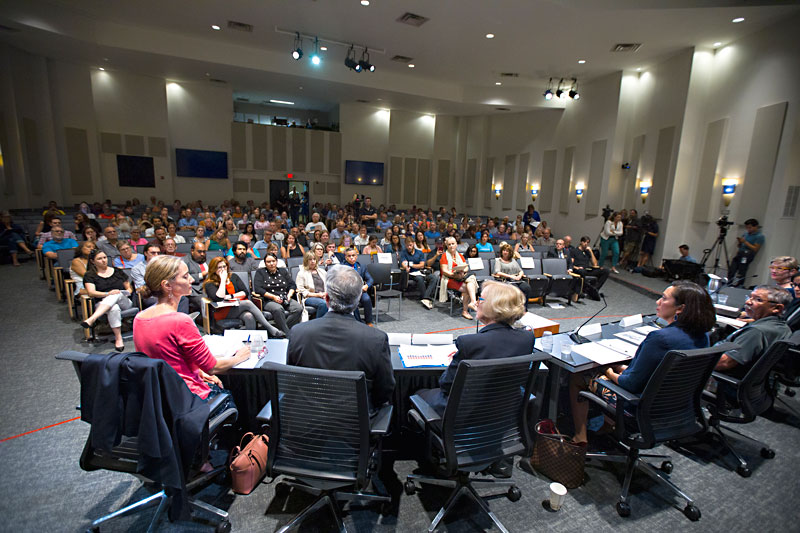 Bad Background: The shooter who killed seven people in Midland and Odessa on Aug. 31 reportedly purchased his military-style rifle via a private sale, evading a federal background check that would have prevented the sale. Seth Ator (eventually killed by police) had previously failed a background check.

Pipeline Blues: On Aug. 28, City Council received a city memo on the potential risks created by the Permian Highway Pipeline, proposed to transport natural gas across the Hill Country, south of Austin, and on to Houston. The Watershed Protection memo reported that pipeline easements would damage endangered species habitats, potentially pollute the Edwards Aquifer – and that there is little the city can do to stop or regulate it.

Rest in Peace: Imam Mohamed-Umer Esmail, better known as "Sheikh Umer," passed away this week (his funeral was held Tuesday). Sheikh Umer was known for his interfaith efforts and served as an Imam at three Austin-area mosques.

Next Stop Austin: Massachusetts Sen. Elizabeth Warren returns to Austin for a town hall to discuss her campaign for the Democratic presidential nomination on Sept. 10 (likely en route to the Houston debate stage next Thursday). Warren was a law professor at UT from 1983-87.

Get There ATX: As one of many steps toward achieving Austin Strategic Mobility Plan's goal of 50/50 mode share by 2039 – that's getting 50% of Austinites out of their cars and onto public transit, bikes, scooters, etc. – Austin Transportation launched GetThereATX.com, a website tapped to be the "ultimate" resource on sustainable transport to help residents learn about their other transportation options.

Summer Cleaning: Pool fans will have to swim elsewhere for a few days while Deep Eddy closes for its biannual cleaning from Sept. 9-11. (The deep end will open Sept. 9 and 11.)

Partisan Gerrymander: On Tuesday, a panel of North Carolina state judges ruled the maps drawn for legislative districts unconstitutional, saying "The effect of these carefully crafted partisan maps is that, in all but the most unusual election scenarios, the Republican Party will control a majority of both chambers of the General Assem­bly." New maps must be drawn – in public – by Sept. 18.