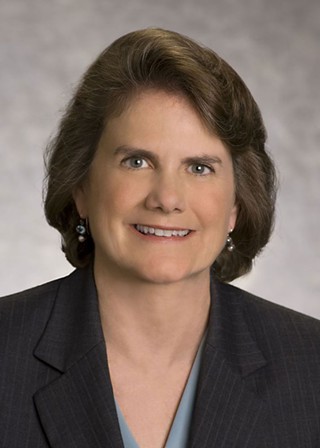 It's fair to say stakeholders on all sides are celebrating last week's Texas Indigent Defense Commission grant award to Travis County. "I'm super excited about the grant," said Travis County Judge Sarah Eckhardt. "I've been working on this for a long time." Amanda Woog, executive director of the Texas Fair Defense Project, said, "The grant approval is a really big deal. It's the largest grant that TIDC has ever approved, in their history." And Betty Blackwell, board chair of the Capital Area Private Defender Service, said, "I'm absolutely thrilled and really excited about it."

The euphoric occasion? On Aug. 29, the TIDC approved a four-year grant of matching funds to support creation of a Travis County public defender's office, along with additional support for the existing CAPDS. This week, the Commissioners Court heard an update, and is expected to vote to officially accept the grant later this month, with funding arriving in April 2020. Travis County had originally requested a five-year grant totaling $27 million, then revised it in late July to $24.6 million. TIDC chose to instead award a four-year grant, as is the agency's standard, to conclude in April 2024 with a total of $20.1 million in state funds, a dollar-for-dollar match of the county's investment.

Of the $40.2 million in total funding, $21.6 million will be directed to the PDO, and $18.6 million to CAPDS. Once the PDO is established, Austin will no longer be the largest city in the country without a public defender's office, whose full-time focus is representing indigent defendants. This, combined with more resources for CAPDS, should lead to better representation in criminal cases. As envisioned by the planning groups, public defenders will eventually represent 30% of indigent felony and misdemeanor cases, with the remaining 70% represented by CAPDS attorneys.

Eckhardt recalled the long months of collaboration required among the agencies and advocacy groups to get to this point. "It was quite a task, building a coalition and holding that coalition together – holding hands and working together really paid off."

When the commissioners initially submitted the grant proposal, they left undetermined the makeup of the PDO's oversight committee. After weeks of discussion, the court eventually settled on a nine-member committee chaired by county Justice Planning Executive Roger Jefferies and including a range of members – defense attorneys, judicial representatives, and community advocates. That committee's first task will be to search for a head public defender.

"My hope is that the oversight committee undertakes a national search to get a strong, experienced, client-centered leader," said Woog, one of the reform advocates who worked for months on developing the PDO proposal. "That's the next thing we'll be watching." Community advocates were concerned that criminal court judges would have too strong an influence on the PDO, a potential conflict of interest. In the current version, only a single, retired judge will serve on the committee.

The county's criminal judges had pressed commissioners not to skimp on additional resources for CAPDS, which Blackwell welcomed. "They've given a substantial amount of money to CAPDS," she said, "for us to hire some new people, and for us to be able to pay in a better, more appropriate fashion, in conjunction with the public defender." She said there are plenty of local attorneys for the assignments, but that the addition of attorney managers, immigration specialists, subject-area experts, and other administrative staff will allow the CAPDS office to function much more effectively. She added that the move from a "flat fee" payment per case to an hourly system will finally begin to better reward those lawyers "who are doing most of the work. ... And I'm hopeful that the public defender's office can be a model office in the state, one of the best in the country – a resource for all our attorneys."

Criminal Courts Presiding Judge Brenda Kennedy said she's cautiously optimistic that the infusion of new resources will steadily improve representation in county courts. "The operational changes will take some time," Kennedy said. "We all expect there will be improvements in the delivery of indigent defense from CAPDS. ... There are measures in place for accountability and evaluation, as well."

Kennedy and Eckhardt both noted that the question of long-term funding past 2024 remains open, particularly after the 86th Texas Legislature imposed its 3.5% annual revenue cap, which would prompt a public referendum should the county's costs – in this case, mandated by the state – require a higher property tax rate. "We are charged with the state's responsibility for providing indigent defense," said Eckhardt, "but the state only pays for about 11% of that – the rest falls on the property taxpayer." An attempt to exempt indigent defense costs from the revenue cap was proposed but rejected in the waning days of the session.

Whatever changes before 2024, the TIDC grant expiration will leave the county with growing criminal justice expenses. The staff summary reports: "The total county contribution for the grant match, plus non-grant eligible expenses, including the increase for civil attorney hourly rates, totals $32.3 million." Once the grant expires, the county will be expected to continue underwriting the new system on its own. Nevertheless, said Eckhardt, "This is going to be a really great improvement, a great evolution in how we handle indigent defense. I think it's going to have a lasting, really positive effect."