City Council Moves Along From the Ballot to the Budget 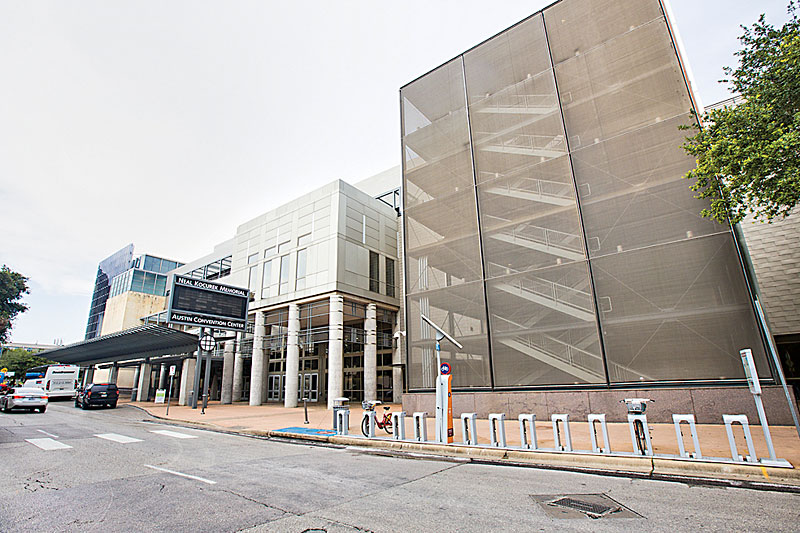 City Council took another crack at ballot language for Proposition B, the citizen initiative concerning the Austin Convention Center, in a special called meeting Monday, Aug. 26, after the 3rd Court of Appeals rejected the original version last week. Respond­ing to the court's ruling on a lawsuit filed by local NAACP President Nelson Linder, the new language omits references to the cost of future elections mandated by Prop B should it pass, and includes the citizen-drafted ordinance's proposed allocation of the city's Hotel Occupancy Tax revenues.

On Wednesday, as the Chronicle went to press, the 3CA had not approved the new language; the Travis County Clerk's Office plans to begin printing ballots for the November election on Sept. 5. In case the court has further concerns, the Council has set another special called meeting for today (Thursday, Aug. 29), to modify the language once again.

A group supporting the other citizen initiative appearing on the November ballot is also getting in on this game. On Monday, realtor Sharon Blythe filed suit with 3CA on behalf of the Friends of McKalla Place, a cohort of neighbors opposing the proposed Austin FC "soccer park," which is set to break ground on Sept. 9; on Wednesday afternoon, the court ruled in the city's favor. According to its press release, the Friends group objected to "poison pill" ballot language for Proposition A – which attempts to thwart the Austin FC deal and future ones like it – that they feel unfairly paints the initiative as a threat to "youth sports fields." As we reported last week, the Austin United PAC formed to oppose Prop A commissioned a legal memo that concludes the citizen-drafted ordinance might "simply kill many potentially beneficial leases of City land and facilities."

At its regular meeting on Thursday, Aug. 22, Council voted unanimously to increase Austin's property tax rate to the maximum allowed under current state law without requiring a public vote – a rate that will bring in 8% more revenue than the city received this year. This was no surprise, as the city aims to shore up its accounts before state-imposed revenue caps reduce that 8% benchmark to 3.5% in January. The rate increase equates to slightly less than $100 for owners of a median home in Austin. The proposed fiscal year 2020 budget includes $17 million in new one-time funds to address homelessness, as well as funding to open a $15 million fire station in Del Valle, add 30 new police officers, and speed up processing for sexual assault DNA evidence kits. Adoption of the budget is set for Sept. 10.

The closely watched 4700 Riverside proposal for major redevelopment in the East Riverside Corridor also inched forward on Thursday, with Council voting 6-5 (Mayor Pro Tem Delia Garza and Council Members Greg Casar, Alison Alter, Leslie Pool, and Kathie Tovo in opposition) to approve the rezoning on second reading. Concerns voiced by opponents were familiar: The project would displace residents living in 1,300 existing housing units, accelerating gentrification in an area that has thus far retained some of the dwindling supply of unsubsidized affordable housing in the city.

Garza and Casar both referred to their decisions as "incredibly difficult," as they have been two of the strongest pro-housing voices on the dais. In this case, they say, the uncertainty surrounding future affordability of the up-to-4,700 proposed new housing units could not justify the loss of the currently available and affordable apartments at the site, and they've suggested finding greenfield sites elsewhere in the city for such developments. "This is a rare case where it's a large enough tract," Casar explained, "that has not gentrified yet, where [the development] can be an accelerator of gentrification. If we want to address the housing crisis ... we need to oppose bad cases like this one, and build housing across the city."

Arguing on behalf of the developers, Pre­sidium Group and Nimes Real Estate, attorney and lobbyist Richard Suttle offered three restrictive covenants intended to soothe opponents' concerns. An agreement with the Ending Community Home­lessness Coalition (ECHO) would reserve 10 future residential units for qualifying people exiting homelessness; ECHO would pay the rental vouchers for these one-bedroom apartments for four years, with potential extensions. A second covenant, effective for five years, would shield from demolition 250 units from among the five existing apartment complexes at the site while the project is built. The third covenant is seen by the developers as a way to ensure future buildout exceeds the affordability requirements of the city's density bonus program (by using the site's existing standards, rather than those sought in the rezoning, as the baseline height, which would in theory translate into more affordable units). The case will be up for a third and final vote on Sept. 12.

A version of this article appeared in print on August 30, 2019 with the headline: Watch That Language