The district gets a B for performance 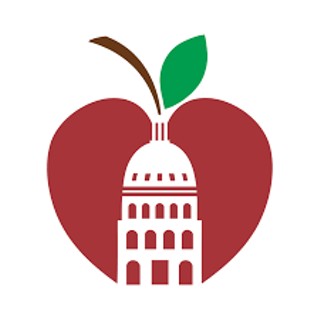 The Texas Education Agency released its latest accountability scores for school districts and individual campuses last week, and Austin ISD, as a whole, performed about as well as it did the prior year. The state rated AISD's performance at a B; high points include the district's comprehensive high schools, which all earned either an A or B rating. Two campuses which were deemed "failing" by TEA in 2018 (Widen Elementary and the Graduation Prep Academy at Travis High) rebounded enough to shed the dreaded "improvement required" label.

But the state's report card wasn't all glowing: In total, AISD had eight F-rated schools, double the number from 2018, with six being middle schools and all having a majority low-income student population. The district's head of academics and social and emotional learning, Lisa Goodnow, told the Chronicle that, for middle schools, the primary metric the state uses to assess campus performance is results on STAAR exams – what Goodnow referred to as "a snapshot of [a student's performance] on one day, at one time." While high schools are also assessed on STAAR performance, another metric known as College, Career, and Military Readi­ness (CCMR) offsets the impact of STAAR scores. Essentially, CCMR evaluates how well a school prepares students for post-K-12 life by measuring graduation rates (another high point for AISD this year, with African American and Hispanic students graduating at rates over 90% for the first time), completion of college­-level courses, or professional certifications.

Goodnow also pointed to factors not considered in the TEA grades as key to some of the district's success: "We have invested in mental health and well-being in this district," she told the Chronicle. "We have a lot of qualitative and quantitative data that points to [those] efforts [being] successful." Good­now also said the district is partnering with an organization called Making Middle Grades Work to help the F-rated schools in the school year just begun, mirroring a successful existing partnership at the high school level.

One middle school, however, continues to struggle: Mendez in Southeast Austin, which received a failing grade from the state for the sixth consecutive year. Ordinarily that would mean state-mandated closure, but in 2018, AISD took advantage of a new state law that allowed it to partner with a nonprofit to turn around the constantly struggling campus.

That partnership with T-STEM is now in its second year (of a five-year contract); if Men­dez does not earn a D or better at the end of the 2019-20 school year, TEA could step in to end the contract, or force the school to shutter. But Mendez Principal Joanna Row­ley isn't focused on that as a new school year gets underway, she tells the Chronicle. Her entire administrative staff agreed to return to the campus, which has struggled to get a grip on student behavior issues; "It shows our kids that the adults care enough about them to stick around," she said. T-STEM has also had more time to adjust its turnaround plan for Mendez (the contract with AISD was not approved until just before the 2018-19 school year began), which should help administrators, teachers, and support staff be better prepared for what will undoubtedly be a high-pressure school year.