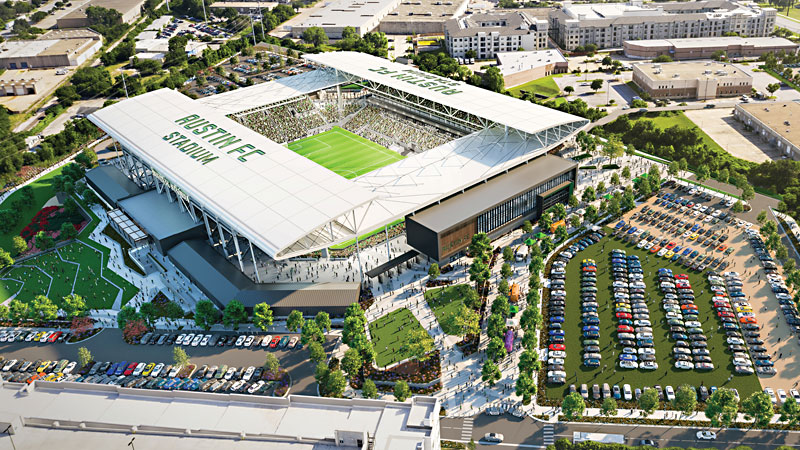 Officials with Austin FC announced on Wednesday, Aug. 21, plans to break ground on the $242 million "soccer park" at McKalla Place on Sept. 5. The 20,000-seat stadium will be the future home of Austin's first major league sports team, and construction is expected to take about 18 months, keeping the team on track to kick off the new MLS team's inaugural season in April 2021.

The Gensler lead architect designing the stadium, Jonathan Emmett, told reporters after the announcement that the design philosophy for the stadium has been focused on utilizing eight of McKalla Place's 24 acres for "open space" accessible all year. Building a stadium "within an outdoor environment, within a community, instead of being a standalone venue used for 17 MLS games" will be central to the project's future beyond hosting soccer matches.

The assembled officials – including Club President Andy Loughnane, Two Oak Ventures (the club's parent company) President Dave Greeley, and attorney/lobbyist Richard Suttle – also addressed other aspects of the stadium lease deal with the city, such as traffic and the potential for on-site affordable housing. An event traffic analysis is forthcoming, Suttle said, to be completed in the final few months of 2020. About 835 parking spaces will be open to fans on game day, located all around the complex, with about 485 available for other events, concerts, and community programs hosted at the site. Emmett noted that the site plan has reserved space for 130 affordable housing units "in the future," but they would not be built in conjunction with the stadium. The lease agreement allows Two Oak Ventures to build the housing units off-site, if they can agree on an alternate location with the city. 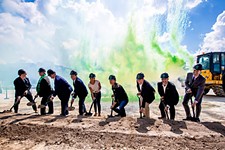 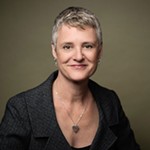