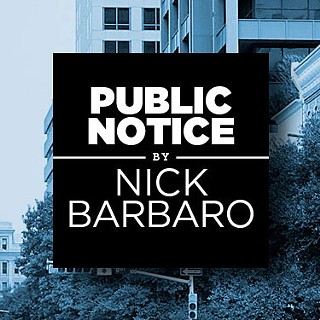 You may never have heard of the American Legislative Exchange Council (ALEC), but you've certainly witnessed the fruits of its labor. The conservative think tank/pressure group/bill mill has been a force in local and state government for decades, "corporate lobbyists, funded by big corporations working to ram far-right legislation through state houses," as a recent Common Cause statement put it – from "Stand Your Ground" gun legislation to campaign finance reform to gerrymandering to pollution regulation to the "critical infrastructure bill" that makes peaceful protests at pipelines a felony in Texas and many other states.

The 46th ALEC Annual Meeting is in Austin this week, Wed.-Fri., Aug. 14-16, at the JW Marriott Hotel Downtown, and a number of local organizations are holding a rally to unwelcome them to town – the Unwelcome Reception: Rally Against ALEC will take place Wednesday, Aug. 14, 4:30-6:30pm at the Fareground at 111 Congress (meet outside). It's hosted by Progress Texas, Texas Democratic Party, Texas Sierra Club, Texas AFL-CIO, Common Cause Texas, Workers Defense Project, Austin AFSCME, Extinction Rebellion ATX, ADAPT of Texas, Austin DSA, so you'll be in good company. See more info at www.fb.com/events/498114577603258 (and more about ALEC on the facing page and with this story online).

That's press day here at the Chronicle, so I likely won't make it down there, but I'm proud that this current Pride issue is the one that'll be on the stands representing us there, because ALEC has a history of taking on gay rights as well. The Center for Media and Democracy recently documented how ALEC "is actively working with Alliance Defending Freedom, a Christian Right litigation nonprofit that pursues an anti-LGBT agenda" and is identified as an anti-LGBT hate group by the Southern Poverty Law Center. Nor is this a passing fancy: People for the American Way posted an ALEC position paper from back in 1985, titled "Homosexuals: Just Another Minority Group?," which started by saying: "The highly organized and well funded movement in this country toward legal and institutional acceptance of homosexuality has had an impact too great and far reaching for Americans to ignore." Later in the 12-page paper, after an explanation of the six different types of homosexual: "the blatant, the secret lifer, the desperate, the adjusted, the bisexual and the situational," there's an entire section on pedophilia, which begins: "Whatever the type of homosexual, one of the more dominant practices within the homosexual world is pedophilia, the fetish for young children."

So those are the folks who've come to visit "Austin, known for its vibrant entertainment and culture," as their event page touts. I do hope we'll show them the Austin culture we're proud of.

In the wake of the latest episodes of mass shootings, and as various speakers have called for more funding for mental health as one response to the hard-to-ignore epidemic, the American Psychological Association, "the largest scientific and professional organization representing psychology in the United States," has not been shy about weighing in. And their take, unlike ALEC's, is focused not on maximizing profits for their members, but on addressing social issues by facing facts.

APA broadcast their CEO Arthur C. Evans Jr.'s "Statement on Gun Violence and Mental Health," which opens with the blunt statement: "Blaming mental illness for the gun violence in our country is simplistic and inaccurate and goes against the scientific evidence currently available. The United States is a global outlier when it comes to horrific headlines like the ones that consumed us all weekend. Although the United States makes up less than 5% of the world's population, we are home to 31% of all mass shooters globally, according to a CNN analysis. This difference is not explained by the rate of mental illness in the U.S.

"The president clearly said that it is time to stop the hateful rhetoric that is infecting the public discourse. We ask that he use his powerful position to model that behavior. And we ask that the federal government support the research needed to better understand the causes of bigotry and hate, and their association to violence, so that we may devise evidence­-based solutions."

APA President Rosie Phillips Davis issued her own "State­ment of APA President in Response to Mass Shootings in Texas, Ohio," saying: "It is clearer than ever that we are facing a public health crisis of gun violence fueled by racism, bigotry and hatred. The combination of easy access to assault weapons and hateful rhetoric is toxic."

Your Libraries at work

Vinyl Night: The Austin Public Library and the city's Music & Entertainment Division highlight APL's only collection of vinyl records, housed at the Carver Branch, as a way to foster diverse collaboration between Austin musicians. Featured collaborators at 7pm Fri., Aug. 9 are DJ Knowledge and Andres Junca.

FotoATX is a photography festival showing all month at 15 city-owned sites all over town, in a collaboration between APL and the city Parks and Recreation Department. Exhibits are up at libraries, museums, and cultural centers, throughout August and in some cases beyond. See the full exhibit list at www.fotoatx.org.

For more on ALEC, see:

"Pie-in-the-Sky Pollution," Kimberly Reeves' report on the 2006 meeting in San Francisco, particularly its focus on rolling back the Clean Air Act.

"ALEC: Daylight on a Fungus," Richard Whittaker on the companies who've chosen to distance themselves from ALEC once their connections are brought to light.

"A Big Texas Unwelcome in Dallas" Michael King's preview of ALEC's last visit to the Lone Star State (Dallas, 2014), listing protests that were organized around town, including at Neiman Marcus, with the participation of Austinites Louis Malfaro and Jim Hightower, among others.

Or for a real deep dive, see The Center for Media and Democracy's massive index of all things ALEC at www.alecexposed.org. 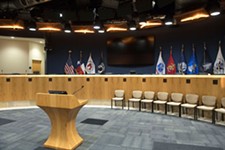 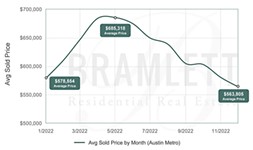