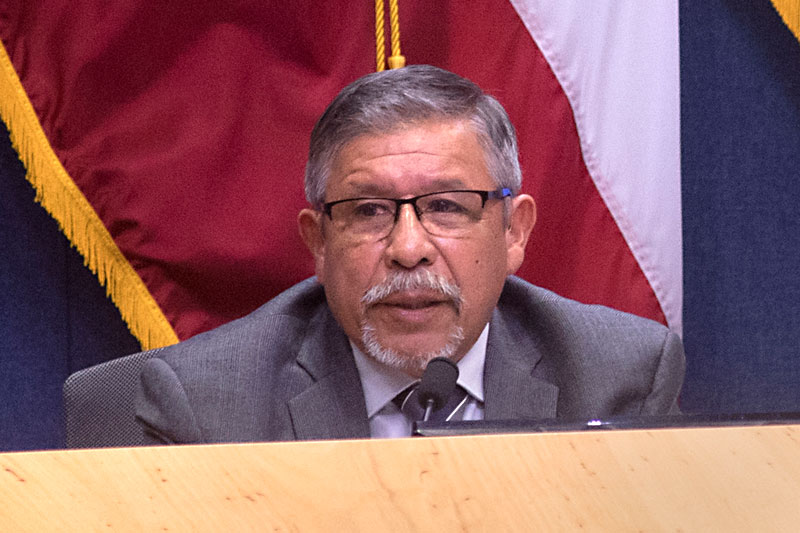 The proposed major redevelopment now known as 4700 Riverside, at Riverside Drive and Pleasant Valley Road, finally arrives at City Council this week. The 97-acre former "Project Catalyst"– intended to eventually replace five apartment complexes with a massive mixed-use combination of apartments, offices, restaurants, and other businesses – has docked at the dais with staff and Planning Commission approvals, and improvements negotiated with neighborhood groups. (And opposition from other neighborhood and activist groups, who call it "Domain Riverside.") Full build-out – expected to take place in stages over a decade or two – would include approximately 4,700 residential units, 600 hotel rooms, and more than 4 million square feet of office and retail space.

In time, according to the city's analysis, the project would replace 1,300 apartment units (3,700 bedrooms) in five current complexes: the Ballpark North, Town Lake, and the Quad East, West, and South. Built between 1995 and 2003*[see correction below], these apartments have been marketed primarily to students, often leased by the room, with resident turnover estimated at 80% every two years. Oppo­nents describe the current units as "affordable working-class housing," but according to Del Valle ISD (which includes the site), fewer than a dozen of its K-12 students live there now. Like many apartments in the East Riverside Corridor, the units were built on shuttle routes for UT-Austin students, many of whom now live in the relatively abundant new West Campus housing.

As 4700 Riverside has moved through staff work, commissions, and neighborhood input, there have been some changes. City planning documents that precede this proposal (primarily the 2013 East Riverside Corridor Master Plan) directed that any redevelopment would include an eastward extension of Lake Shore Blvd. (north of the site) beyond Pleasant Valley on existing city right-of-way. Transportation engineers had expected to need a "sliver" (11,000 sq. ft.) of Roy Guerrero Park to accommodate that roadway – but the staff analysis now foresees less density and fewer vehicle trips, allowing for a narrower road design and obviating the Chapter 26 process required under state law to condemn dedicated parkland.

If approved in roughly its current form, the project would include greater height than is allowed by right, in return for on-site affordable housing units under the city's density bonus program. Estimates vary and will depend on final site plans, but the developers anticipate 400-500 units available to families earning 60% of the median family income, and call it a major private investment in central-city affordable housing. Opponents say the trade-off from the relatively cheap current apartments is not worth it; others fear encroachment on Roy Guerrero Park, although the 4700 Riverside plan contemplates several acres of new open space.

Staff's recommendation rests upon the project's fulfillment of goals in the Imagine Austin comprehensive plan and the ERC Plan: multimodal density, the potential for transit hub access, and "compact and connected" development that allows greater mobility and creates opportunities for living and working in one neighborhood.

The project is located in District 3, represented by Council Member Pio Renteria, who has expressed his general support, pending confirmation of affordability requirements and any amendments that might come before Council. CM Greg Casar has been more skeptical, concerned that the long-term effect could be to reduce the amount of affordable housing in the area. The developers suggest that due to the high turnover rate in the current units, most residents will not be affected by the phased construction, but they've proposed a tenant relocation package that includes ample notice, help with moving expenses, and a "right-to-return" to available units that also includes rental assistance.

As a condition of approval, the Planning Commission and the East Riverside/Oltorf neighborhood contact team have requested that Council require vacation of the city's existing ROW to the east of Wickersham Lane and additional environmental protections for Country Club Creek and Roy Guerrero Park.

*Correction: this date originally read 2016, in error. The current complexes were built between 1995 and 2003. 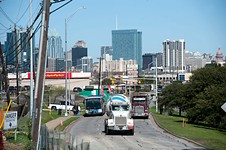 Developing Stories: The Promise of Planning
Can the city deliver on East Riverside?