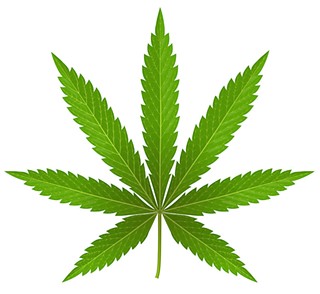 Texas marijuana users who are caught with under a quarter pound of cannabis are now less likely to have handcuffs slapped on their wrists. Leaders at the Texas Depart­ment of Public Safety have directed its officers to issue citations for misdemeanor pot charges instead of making arrests.

The directive to cite and release came via a July 10 internal DPS memo recently obtained by The Texas Tribune. The missive, addressed from Deputy Director Randall Prince to "All Commissioned Personnel," reiterated the department's commitment to marijuana prohibition in the wake of hemp legalization laws that have made weed cases difficult to prosecute. "Departmental personnel are expected to continue enforcing marijuana related offenses," the memo read. "However, effective immediately, personnel will cite and release for any misdemeanor amount of marijuana, as authorized by Article 14.06 of the Texas Code of Criminal Pro­ced­ure. A citation in these circumstances is only authorized when the suspect resides in the county where the offense occurred." Depending on that county prosecutor's current stance on cannabis, the suspect may still have to face charges in court.

Prince's memo also reminds DPS officers that the odor of cannabis still gives them probable cause to search suspects. "In addition to the typical factors used to establish probable cause for marijuana related offenses, including the odor of cannabis, officers should also consider whether the suspected substance is possessed outside of the regulatory hemp program. Departmental personnel should be aware that neither the federal nor state hemp regulatory program has been established yet, and it will be several months before these programs are in place. Thus, it is unlikely that any substance encountered now is hemp."

In writing that, Prince seems unaware that you can currently purchase hemp flower, at retail facilities in Austin, that looks and smells exactly like marijuana buds. Prince's interpretation is one that local defense attorneys are eager to challenge in court, but this leaked memo has now let the public know that "Officer, I swear this is a CBD blunt" won't work as an excuse if DPS pulls you over in a car that reeks of reefer.

All this stems from the passage of House Bill 1325, which excluded hemp from the state's roster of controlled substances. The law, which went into effect June 10, defined hemp as cannabis containing, at most, a 0.3% concentration of tetrahydrocannabinol – anything with more THC is still illegal marijuana. The DPS memo states what prosecutors in Travis and several other counties across Texas have already made known: "Our crime labs do not have the capacity to measure the THC concentration level. It will take some time to acquire the equipment, procedures, and resources necessary to conduct these tests."

As such, Travis County prosecutors, who already prefer lenient pot punishment – usually a four-hour class that costs about $40 – tossed out dozens of pending marijuana possession cases in June and are refusing to accept new cases unaccompanied by a quantitative THC lab report. So if a DPS officer cites you for weed in Austin right now, it almost certainly will not actually go to court.

Meanwhile, Austin-based Ionization Labs is trumpeting its Cann-ID system as a solution to the ongoing legal snafu. The company sells an easy-to-use $28,500 high-performance liquid chromatography unit, with accompanying software, that quickly spits out an analysis of cannabis samples, including the levels of THC delta 9 and CBD. On its website, Ionization Labs advertises the HPLC unit, which has been on the market since late spring, as a technology designed for companies in the cannabis industry – but its recent media push sees them courting law enforcement as clients.

While the lack of accredited and available THC testing at the moment has paused prosecution of cases brought since June 10, a coalition of attorneys and civil rights groups now presses Travis County prosecutors to drop all pending marijuana cases. In its letter, signed by the American Civil Liberties Union of Texas, Austin Criminal Defense Law­yers Association, Austin Community Law Center, Austin Justice Coalition, Grassroots Leadership, Just Liberty, Texas Appleseed, Texas Civil Rights Project, Texas Fair Defense Project, and the Workers Defense Project, the coalition calls on Travis County District Attor­ney Margaret Moore and County Attorney David Escamilla to quash all possession cases and related outstanding warrants, which impact around 4,000 citizens of Travis County. The group argues that HB 1325's effective date is an arbitrary and unfair factor to determine whether to prosecute suspected marijuana offenders. The coalition also contends that not prosecuting these cases would free up "resources that could be spent on actual public safety threats."

In an interview with the Statesman, Esca­mil­la said his office was unlikely to waive outstanding warrants for defendants who failed to appear in court, but floated the idea of creating amnesty days in which those with warrants can come in, avoid being arrested, and take the four-hour class to have their misdemeanors dismissed. 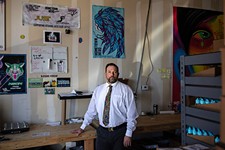 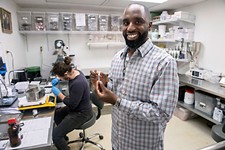 Industry Celebrates as Delta-8 Stays Legal, but for How Long?
Cannabusinesses try to keep up with laws concerning the THC product