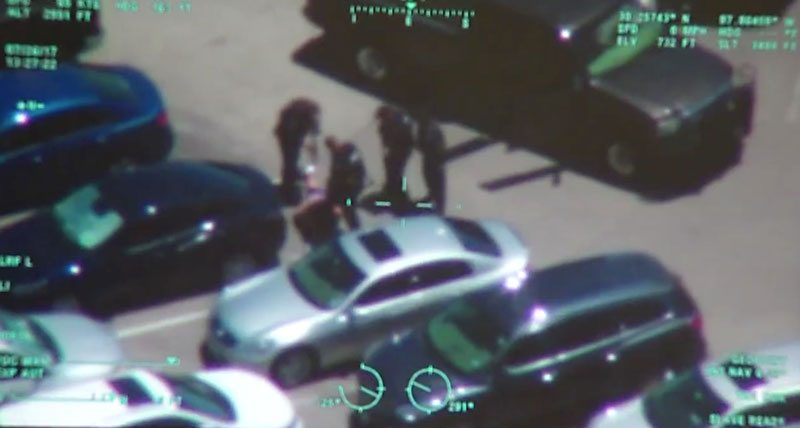 The former Austin police officer who got national headlines for his violent 2015 arrest of black school teacher Breaion King is now facing suit, along with another former officer, for fracturing a man's skull and eye socket in a 2017 arrest. Abel Soto-Torres has filed a lawsuit in federal court in Austin against former Austin Police Depart­ment Officers Bryan Richter and Steven McCurley for unnecessary and excessive use of force that included "kicking, stomping, punching, and standing" on his head with heavy boots.

On July 26, 2017, Soto-Torres exited his parked car at the Barton Creek Square mall. The officers, working in APD's Organized Crime Division, proceeded to "forcefully" throw Soto-Torres down on the pavement and repeatedly kick his head and stomach, according to the suit. They also smashed his vehicle windows searching for drugs. Soto-Torres did not resist, struggle, or try to escape, and no drugs were found in the car. His hands were visibly empty and he made no threats that would cause the officers to defend themselves. The suit alleges Richter and McCurley acted with "intentional indifference" to the rights and safety of Soto-Torres and meant to cause serious injuries.

The lawsuit claims APD’s “failures to terminate and/or discipline its officers who continue using excessive force encourages” other officers to do the same.

Both officers are no longer on the force as a consequence of these events. Richter struck a deal with the Travis County District Attorney's Office in 2018 to exit Travis County law enforcement forever in exchange for not facing a criminal investigation, while McCurley was fired and forced to pay $900 to Soto-Torres. When dashcam video surfaced of Richter pulling Breaion King from her car during a speeding stop and slamming her to the ground two years before the Soto-Torres incident, he faced the lowest-level reprimand. He was then reassigned to the organized crime unit. The city has paid $425,000 to settle a lawsuit filed by King.

The violence inflicted on Soto-Torres, his attorneys claim, is even "worse" and more excessive than what King suffered. The suit notes that APD and the city had prior knowledge of the abusive history of the officers, but took no action to prevent future incidents and failed to take steps to determine whether the officers were unfit to serve or a danger to others. The city's "failures to terminate and/or discipline its officers who continue using excessive force encourages officers to use excessive force when the use of such force is not necessary," the suit reads.

In June, a similar federal suit was filed against a different pair of APD officers, as the Chronicle previously reported ("APD Officers Named in Excessive Force Suit," News, June 28). Breanna Williams says that in 2017, APD Officers Nathan Canche and Vanessa Jimenez threw her face-first into the backseat of their squad car while she was handcuffed, causing her to hit a seat belt receiver and severely injure her face, requiring 60 stitches.

Meanwhile, a string of recent officer-­involved shootings have resulted in few consequences for the APD personnel involved. On July 23, a Travis County special grand jury failed to indict SWAT Officer Matthew Judd in the shooting death of Hugo Alvarez in March 2018 after a hostage situation ensued following shots fired from inside a home. The D.A.'s Office has also chosen not to present to a grand jury the shooting death of Victor Ancira, who charged at officers with a pickaxe last March, or the case of Leslie Yolanda Salazar, shot to death by APD Officer Thomas Brown after she advanced toward him with a knife while he was responding to a domestic assault welfare check.

A version of this article appeared in print on August 2, 2019 with the headline: Irresistible Force