Leander, Cap Metro Not Breaking Up Yet 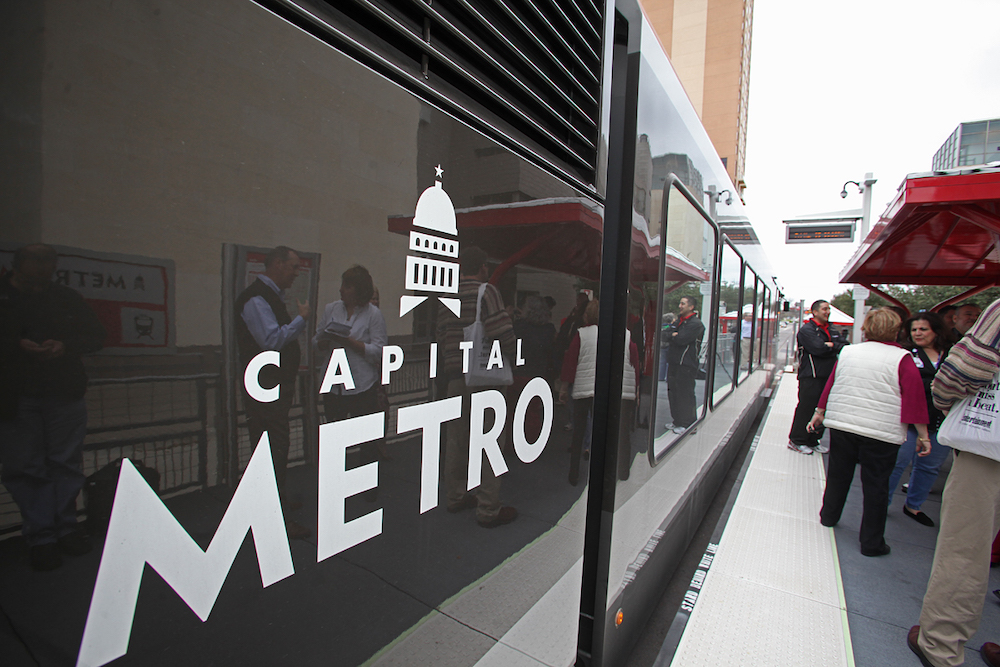 Leander's transit riders came out in force on July 18 to defend the city's partnership with Capital Metro. A planned City Council vote to explore how Leander might withdraw from the transit authority was pulled from the agenda after Mayor Troy Hill announced city leaders would meet with Capital Metro on Aug. 22 to discuss ways to grow ridership in the area, but the council still took about two hours of public comments.

The move to withdraw came as a surprise to Cap Metro. Eric Stratton, who represents Williamson County on the agency's board, said "productive discussions" in May of Leander's concerns regarding the cost and value of its transit service were followed by "crickets chirping" from the city's side for nearly two months, until Hill and Cap Metro CEO Randy Clarke talked by phone before the July 18 meeting. Hill feels that Leander's one-cent Capital Metro sales tax, which amounts to more than $5 million a year, is too high for what it gets; ideally, he told the Chronicle, "small cities" would only pay a quarter-cent. "Cap Metro would obviously take in less from Leander," Hill said, "but they would just need to pick up other small cities to make up the revenue loss. That would help grow the system into one that is truly regionwide."

That would require a change to state law; Hill hopes Cap Metro and Central Texas legislators will support that effort. However, state Sen. Kirk Watson, D-Austin, told the Chronicle that what Hill is proposing "simply isn't a workable policy" and is not justified. "Leander is getting a lot of bang for the buck from Cap Metro and currently receives a level of service much greater than what it pays into the system. Regional transit is an essential component of addressing our mobility issues, and we all have to be part of the solution."

But Cap Metro is moving to address some of Hill's concerns, including Saturday bus and rail service and on-demand service within Leander (similar to a program currently being piloted in Manor) beginning in 2020. Hill told his constituents these are signs that his tactics are working: "I ask that you trust in the process, and if you love Cap Metro, you should be happy, because we now have Saturday service." Currently, the MetroRail Red Line and MetroExpress buses help almost 500 people commute from Leander to Austin every weekday (about 1% of the city's population, Hill pointed out). Many citizens said MetroRail was a major reason they moved to Leander; the city of 49,000 offers a small-town feel, but rail allows them to commute to Austin and avoid traffic in both cities.

For Leander's disabled residents, public transportation is a way of getting around town with autonomy. David Dauber, an accessibility specialist with the Texas Health and Human Services Commission, told the council he takes the train and bus regularly to be "an active citizen." He feared putting the partnership to a public vote, because some might not consider how essential the service is to those with disabilities. Voters "may not know the train is accessible and that people with disabilities use it daily for work and recreation," Dauber said.

Cap Metro officials declined to comment on Hill's "small cities should pay less" proposal, but they shared optimism about the Aug. 22 meeting. "We are looking to strengthen our partnership with the people of Leander," said a statement from agency spokesperson Mari­ette Hummel, "and learn more about the service improvements and enhancements they'd like to see in the future."

A version of this article appeared in print on July 26, 2019 with the headline: Leander and Cap Metro Not Breaking Up Yet