The Austin Transportation Department took to Reddit on July 10 for an "Ask Me Anything" session about the Austin Strategic Mobility Plan, adopted by City Council in April. The ASMP's main goal is for 50% of Austinites to commute by means other than driving alone by 2039, Austin's 200th birthday. That means doubling the number of people who currently bike, walk, carpool, take transit, or telework, which would keep the number of cars on Austin roads steady even as the population increases over the next 20 years.

Transportation Planner Warner Cook told redditors during the AMA that the biggest barrier to improving mobility throughout Austin is a lack of funding. While the $720 million Mobility Bond approved by Austin voters in 2016 provides for many ASMP improvements to key corridors, ATD is exploring funding options such as street impact fees, which charge new developments based on how much traffic they generate, along with ways to direct more funding for sidewalks to neighborhoods and corridors with heavy pedestrian traffic.

The ASMP also addresses safety, calling for increased enforcement of violations like blocking intersections and driving in transit-only lanes, along with improved maintenance, signage, and safety education for cyclists. Cook called the ASMP "the first locally focused instead of regionally focused transportation plan for Austin," contrasting it with the highway plans for the five-county metro area produced by the Capital Area Metropolitan Planning Organization and the Texas Department of Transportation. The ASMP aims to promote greater mobility and transit use outside of Downtown, in conjunction with Capital Metro's Project Connect vision for high-capacity transit. 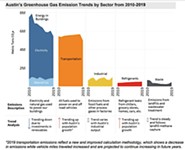 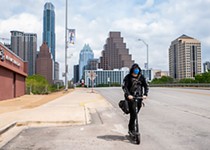