A Host of Historic Holdouts

Surrounded by the New Austin, these icons stuck around 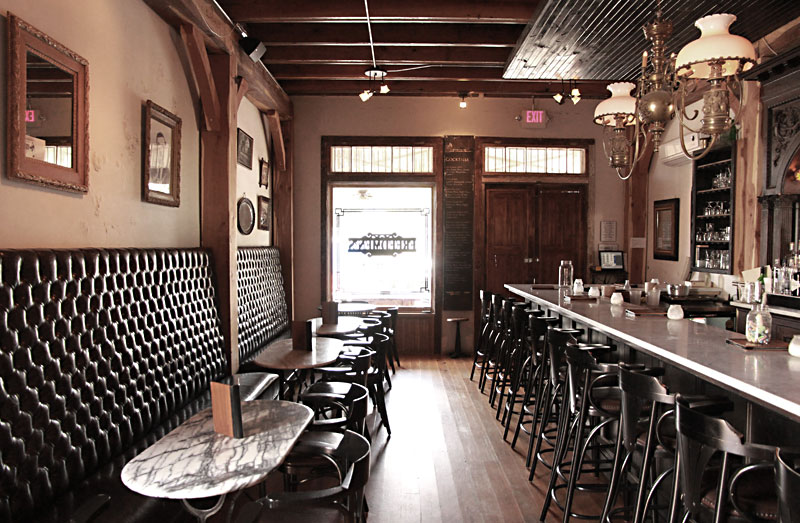 The legendary dance hall is now surrounded by mixed-use development along the South Lamar corridor, but it's still at the same location where James White founded it in 1964. His longtime landlord Jay Johnson, a former City Council member, passed away in 2001, and Johnson's family waited nine years to sell the 7.2-acre property to a developer who would commit to keeping the Spoke intact. The property went originally to Ardent Residential, then to Riverside Resources, and now to Transwestern, all of whom have maintained the commitment to White; the Spoke now has a new paved parking lot, adjoining sidewalk space, and a wooden fence.

Lamberts was established in 2006 inside the 146-year-old J.P. Schneider building on the corner of Second and Guadalupe, the one surviving structure on city-owned blocks redeveloped to house what are now Silicon Labs, Austin City Hall, and the W Hotel. Another iconic Austin music venue, Liberty Lunch, once occupied the remainder of the Schneider block, originally home to a popular general store.

The Tiniest Bar in Texas

The bright red wooden patio bar looks even tinier now, dwarfed by the massive apartment complexes looming over it on all sides. Despite its status as a historic landmark, the Tiniest Bar has felt pressure from city code inspectors dating back to at least 2012 when it was cited for not meeting "standards associated with building a 40-story building," according to owner Jason Subt, who created a Change.org petition to challenge the decision. Subt says the city also required the Tiniest Bar to remove fixtures that predated the current building code.

Built in 1869 by freed slave George Franklin in what was then Wheatville (no "s"), the wooden structure in the heart of today's West Campus was later home to pioneering African clergyman and newspaper publisher Jacob Fontaine, Italian grocery the Franzetti Store, and most recently the popular Freedmen's barbecue. Cuatro Kowalski, owner of Texas 46 in the Hill Country, shuttered Freedmen's doors in August 2018 after the city approved a horseshoe-shaped, eight-story student housing development to be built surrounding the landmark structure. That project, dubbed Hilltop by its developer Johnson Trube & Associates, is slated for completion in mid-2020, with the 1869 building intact; City Council voted to name it in honor of Fontaine and his newspaper, The Gold Dollar, last fall.

The rectangular, red stone York Rite Temple has housed Lone Star Chapter No. 6 of Royal Arch Masons, officially chartered in 1851, for at least the last century; the Seventh Street landmark has also been home to other Masonic bodies and to commercial and nonprofit tenants, including the Texas Observer. The Masons are pursuing plans to build a tower of up to 30 stories on their property while preserving the temple itself; their proposal, developed in collaboration with several local architectural firms and the city Historic Preservation Office, got a cool initial reception from the Historic Landmark Commission but will be considered again later this month.

West Campus' upward expansion includes a 17-story high-rise that promises to wrap tightly around the yellow, two-story former bed-and-breakfast at the corner of West 22nd and Rio Grande. The apartment tower, to be called Villas in Rio, was approved by City Council in October; the Star of Texas Inn, which operated inside the building, plans to shutter its doors this year before construction begins, though the owner told The Daily Texan that it was closing for reasons unrelated to the new apartments. The adjoining parking lot – which was also, amid some controversy, designated as a historic landmark – will not be preserved, but the Kenney House itself will be incorporated into the new complex and may be used as a coffee shop and office space.