$406M ACC Budget Increases Pay Across the Board

The Austin Community College Board of Trustees approved unanimously on Monday, July 8, an operating budget of $406 million for the 2019-20 school year. The budget includes a 3% raise for all college employees, at a projected cost of about $5.8 million. The approved budget will also bump the minimum wage of hourly employees to $15/hour, costing the college $590,000.

Some trustees pushed for an additional compensation increase for adjunct employees, who work on a contract basis at the college and are paid less than their full-time colleagues. A May 2019 report found that adjuncts make up about two-thirds of ACC's nearly 2,000 faculty and teach 50% of its classes. The rate of pay for adjunct employees, per ACC board policy, is set at 68.75% of the rate paid to full-time professors, but members of the college's Adjunct Faculty Association argued that the rate doesn't account for the time spent preparing for a class before the semester begins, or the optional office hours adjuncts leave open to help their students. The AFA's David Albert told trustees, "In reality, adjuncts are paid more like 64% [of the full-time rate] because there are weeks we work but are not paid."

Adjunct pay was a prominent issue in the 2018 ACC board elections, and two candidates who pledged to address pay disparity – Stephanie Gharakhanian and Julie Ann Nitsch – put forth a budget amendment that would hike adjunct pay to 70% of the full-time rate. Although ACC offers the highest pay rate for adjuncts of any major urban community college in Texas, Gharakhanian argued for more: "We're doing better in an environment that's already inequitable," she told her colleagues. But Neil Vickers, ACC's chief financial officer, pushed back on the idea, saying, "We're hearing lots of comments around fairness. ... We don't see or understand why there would be a need to increase adjunct faculty [pay by] more than [the 3% offered to] other employee groups." The 70% amendment failed 3-6, with Sean Hassan voting alongside Gharakhanian and Nitsch.

However, the board did approve a pilot program aimed at stabilizing adjunct employee incomes. Adjuncts are not currently guaranteed a specific number of courses in their contracts; if one of their courses is dropped due to insufficient interest, the instructor gets nothing. The pilot program, beginning in the upcoming fall semester, will offer adjuncts a choice of either a flat-fee payment of at least $300 for each canceled class, or alternative employment as an instructional assistant, tutor, or other position with the college.

The pilot program will cost $150,000; the trustees and ACC administrators will review its efficacy at the end of the 2019-20 school year. The college is also exploring other ways to make course cancellations less common, such as using new software to manage scheduling. "This is a problem that the college has been taking other steps to address," Ghara­khanian told the Chronicle. "But we're excited that [the pilot] will provide an opportunity for us to acknowledge the inconvenience [cancellations] pose to adjuncts." 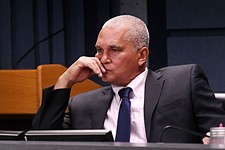