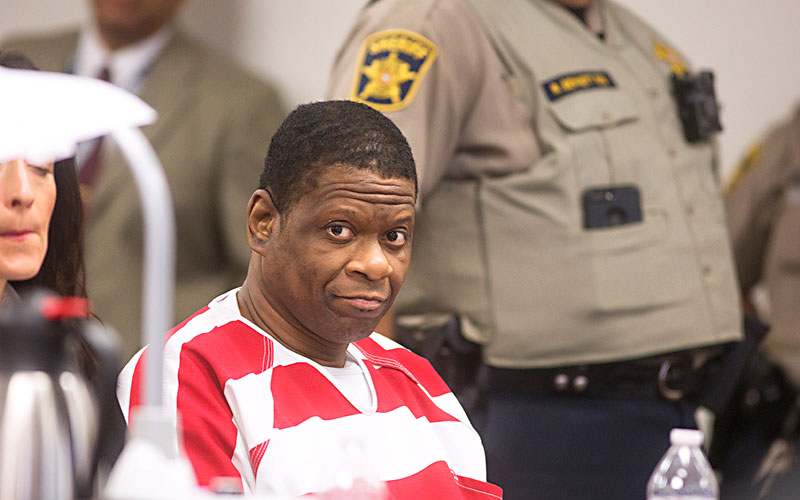 Rodney Reed's legal battle will continue following the Texas Court of Criminal Appeals' decision to deny the death row inmate's latest requests for relief. In a six-page ruling, the state's highest criminal court on Wednesday, June 26, denied two separate appeals from Reed, convicted in 1998 for the Bastrop County murder of Stacey Stites in what has become one of the highest-profile cases on Texas' death row. The case against Reed is anchored by DNA evidence that the prosecution connects to sexual assault; Reed maintains he had a relationship with Stites, whose fiancé Jimmy Fennell Jr. – then a Giddings police officer – was (and remains) the only other plausible suspect, with the two men each proclaiming the other's guilt. Ten years after the murder, Fennell pleaded guilty to raping a woman in his custody as a Georgetown police officer and was freed last year after a decade behind bars.

In one of his appeals, Reed argued that the "scientific experts' opinions" on which his conviction rested were "false when given and have since been changed." The CCA said Reed not only failed to prove that these claims could not have been argued previously, but that he in fact had argued them previously, having challenged testimony from often-controversial medical examiner Roberto Bayardo in previous appeals, though not at his original trial. (Bayardo himself would later claim that his testimony was misused by the prosecution.)

The CCA's second denial followed an October 2017 hearing in which new testimony was presented. Following a 2016 CNN interview, Bastrop County Sheriff's Deputy Curtis Davis – a longtime friend of Fennell – recalled that on the day Stites' body was found on the side of the road, Fennell told Davis that he'd stayed out later the night before than he eventually told police and testified to at Reed's trial, and that he'd been drinking. The CCA, noting that Davis "conceded" at the 2017 hearing that many of his statements to CNN had been "based on assumptions and he had trouble remembering some of Fennell's statements," denied Reed's appeal. The court concluded: Reed failed to show "by a preponderance of the evidence" that, in light of new evidence, "no rational juror could have found [him] guilty beyond a reasonable doubt."

In a statement, Reed's attorney Bryce Benjet of the Innocence Project responded to the CCA's decision, noting: "This is by no means the end of the case." Benjet insisted new evidence "contradicts every aspect" of the state's case against Reed, who continues to be denied DNA testing on "crucial" evidence from the crime scene by Bastrop County District Attorney Bryan Goertz. Benjet has all but promised to take the case forward in federal appeals court, as well as filing a new federal civil rights lawsuit to force the DNA testing.