Paxton Thinks Abortion Providers Get a "Pass" in Court

A.G. urges SCOTUS to make it harder for providers to fight anti-choice laws 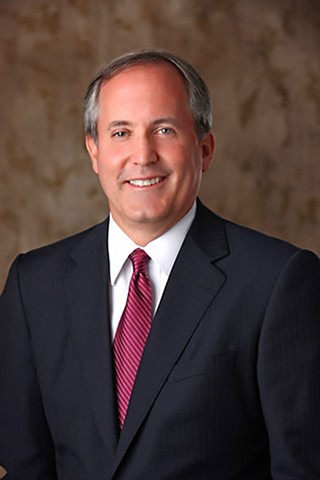 Texas Attorney General Ken Paxton thinks abortion clinics shouldn't be in the business of defending themselves and their clients against draconian anti-choice laws. He feels so strongly about it that he's asked the U.S. Supreme Court to quash suits filed by abortion providers and doctors to challenge such laws, a sign that Paxton is probably scared abortion providers will win more victories, such as when Austin-based Whole Woman's Health prevailed over the state of Texas at SCOTUS in 2016. In recently overturning a similar Louisiana law requiring abortion physicians to obtain hospital admitting privileges, a federal judge cited the Texas case. SCOTUS has temporarily blocked that law, letting the lower court decision stand, but is still mulling over whether to review the case in its next term, prompting Paxton to jump in.

"Lower courts should no longer give abortion providers a free pass, but should instead rigorously assess whether an abortion provider who seeks to sue on behalf of patients meets those [third-party standing] standards," wrote Paxton in a 36-page brief joined by 11 other states, including Indiana. "[Judges] assume that abortion providers know what their patients want and will best represent those interests in court." But as "corporate entities," abortion clinics have an "even less intimate relationship with patients than abortion doctors do," he wrote. "The business interests of the doctors and clinics clearly conflict with the women's interests," the brief argued.

Paxton's plea is a crude attempt to suppress the fight against anti-abortion laws, say reproductive health advocates. To think that patients – with little time and energy to battle the restrictions in the courtroom – should be at the legal forefront instead of their better-resourced providers is not sensible, to say the least.

"This is another attempt to undermine the providers who have worked tirelessly to protect the constitutional right to abortion," said Andrea Ferrigno, vice president of Whole Woman's Health, in an email to the Chronicle. "By calling this into question, Attorney General Paxton is trying to erode the relationship between us and our patients, [which] would result in a large population of women having no say in the reproductive laws in the state." Ferrigno considers Paxton's brief yet another step in the "ongoing interference" by Texas officials to curtail abortion services despite the majority of Texans being in support of a person's right to choose.

A version of this article appeared in print on July 5, 2019 with the headline: On Abortion, Paxton Cries Foul