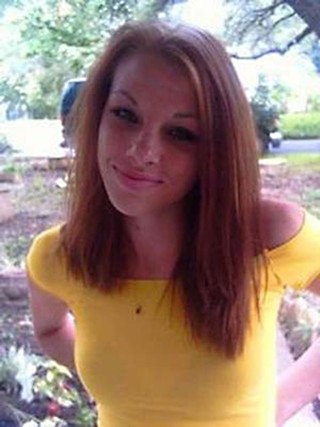 Sunday, July 7, marks the 13th anniversary of Roxanne Paltauf's disappearance, and her family is grappling with new information about the case. Earlier this year, Paltauf's sister Rosalynn Schultz (who was just 15 when Paltauf, then 18, went missing) discovered "airtime" charges on Paltauf's phone bill from the night of her disappearance. "This changes everything," Schultz told the Chronicle. On July 7, 2006, Paltauf was with boyfriend Louis Walls, then 30, who told her family (and later, Austin Police) the two got into an argument at a Budget Inn near I-35 and Rundberg, after which Paltauf walked out to "cool off" without her phone, purse, or money and never returned.

Walls didn't hand over Paltauf's possessions until July 12 and made hundreds of calls from her phone during that time; having evaded numerous APD interview attempts, he remains a suspect in what is now presumed to be a homicide. Today, Paltauf's family continues to investigate her disappearance, which is how Schultz ended up with her sister's phone records and noticed a handful of "unexplainable charges" that could "only be roaming charges" from the night of Paltauf's disappearance. The records, reviewed by the Chronicle, show approximately 48 phone calls made from Paltauf's phone on July 7, including the potential roaming charges for 12 calls between 6:44pm and 8:42pm, the time period during which Paltauf left the hotel, according to Walls. In May, APD Detective Jamie Harvel filed a warrant with T-Mobile, noting in his affidavit that "no historical data has ever been legally requested" by APD regarding Paltauf's phone use. A week ago, Harvel related to Schultz that, as of now, the phone company had only shared the subscriber's information, but the investigation into the airtime charges is ongoing.