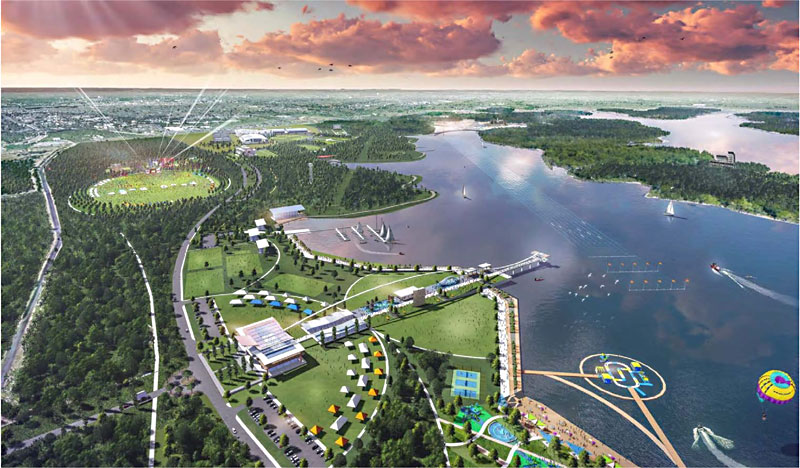 Austin's largest park is slowly getting closer to a long-promised makeover, with the Parks and Recreation Board's unanimous endorsement of the new Walter E. Long Metropolitan Park Master Plan on Tuesday night, June 25. The highly ambitious long-term vision for the 3,700-acre park on Austin's eastern edge carries a daunting $800 million price tag, but PARD planners and the consulting team led by Halff Associates had a lot to work with: six decades' worth of built-up desires to transform the largely undeveloped land from a hidden treasure into a community showpiece.

The current planning process, begun in 2016, came in the wake of a failed proposal to develop northern portions of the park as a pro-level golf course (to be home to UT's champion golf team, among other things). That plan – the latest of several golf proposals dating back to the park's creation in 1966 – got shot down for what are, in Austin, familiar environmental and equity-based reasons, but was championed by then-District 1 Council Member Ora Houston as a potential lever for responsible economic development in the city and county's long-neglected "Eastern Crescent."

It's that development potential that's given planners some confidence to lay out shoot-for-the-moon visions for the park and its eponymous lake, originally (and, to many, still) Decker Lake, built as a cooling reservoir for the adjacent power plant. The plan cites current proposals for projects (many along SH 130) in an economic analysis that forecasts the 5-mile radius around Walter E. Long Park more than doubling in population, with a fivefold increase in commercial, industrial, and retail square footage that "will greatly transform the park's surroundings." 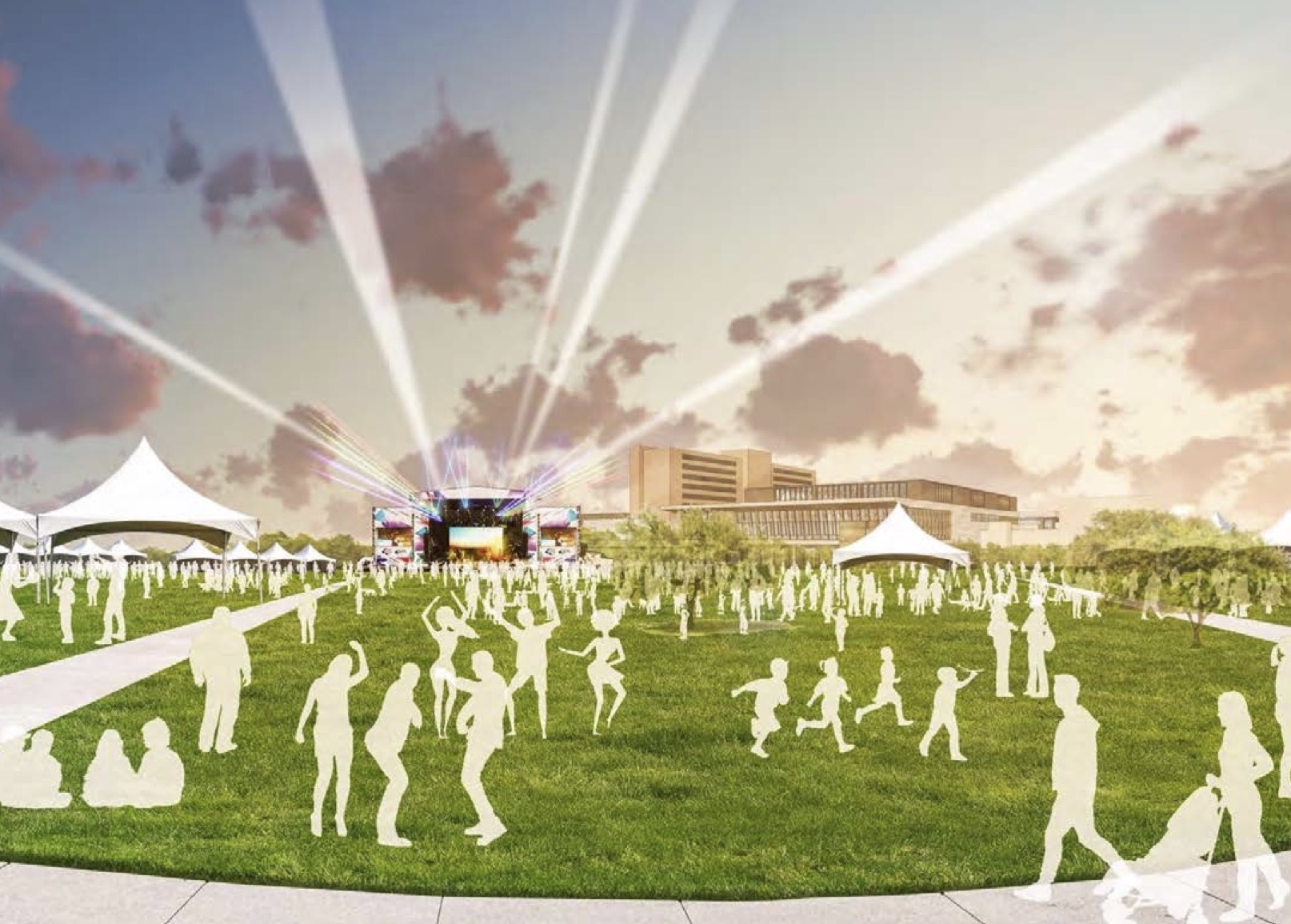 We assume that if this rendering of the park's "event space" becomes a reality it will be less haunted.

That Eastern Crescent boom – which, like plans for the park, has not come to pass as quickly as once expected – offers a dual value proposition for the city: Not only will there be more people around to use the destination park, but there will potentially be more money from private sources that can defray the cost. The plan envisions a fairly even split between public and private funding, with the latter including both philanthropy and concessions for things like restaurants or equestrian centers, as well as earned revenue from admissions and fees.

But not golf! Despite the legacy claim heard back in 2015 that Walter E. Long Park was "always supposed to" contain a golf course, community feedback during the plan's public engagement process (more than 300 participants in person and another 5,000-plus online) soundly rejected that use. However, Austin environmental legend Mary Arnold, also an active supporter of municipal golf, conveyed that PARD's Golf Advisory Board would like to see a course included in future planning.

Instead, in its synthesis of what the planning team says it heard from community stakeholders, the master plan gives lots of love to the lake itself. The recommended potential first phase of development (estimated cost: $144 million, with $26M of that privately funded) includes a rowing course, "floating water sports zone," and expanded access to the lake along the park's southern end, just east of the Travis County Exposition Center (which, though county-owned, sits within the park and has its own slowly unfolding redevelopment narrative).

That first phase encompasses 272 acres, which is nearly the size of Zilker Park but only 7% of this one, to give you a sense of the scale here. Even with proposed amenities including a marina, ropes course, sculpture garden, amphitheatre, and – why not? – a planetarium and Ferris wheel, the plan also maintains the park's current low-impact uses, such as trails, swimming and picnicking, skeet shooting, model airplane flying, and, of course, fishing. (CBS Austin's report on the master plan last week featured cranky old fishermen who would rather things not change one bit, thank you very much.) About one-third of the park's land area is already set aside as preserve lands and would remain essentially undeveloped. While activists rallying under the #SaveDeckerLake hashtag claim that current neighbors and patrons dislike the elaborate master plan vision – "We need a park, not an amusement park," said one – the Parks Board was more focused on how to spark momentum for what will likely be decades' worth of implementation. The master plan is anticipated to be ready for consideration upon Council's August return from its summer recess. 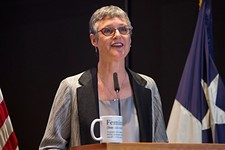