Attorney General Ken Paxton Gets Yet Another Legal Pass 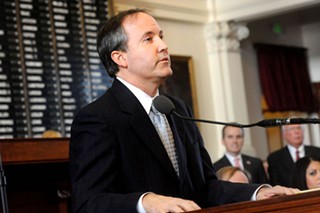 The prospect of criminally indicted Texas Attorney General Ken Paxton actually facing consequences for his alleged felonies gets dimmer by the day. The latest twist in the years-long saga over Paxton's securities fraud charges leaves the special prosecutors appointed to try the case still seeking funding to move forward.

In November, the Texas Court of Criminal Appeals ruled that the six-figure invoices submitted to Collin County by the prosecution team – and rejected by county officials – were not within the legal bounds of what lawyers in these types of cases should get paid. Instead, according to guidelines cited by the county, the team of experienced private lawyers is entitled to a $1,000 flat fee. The issue arose after Paxton's friend and campaign funder, multimillionaire Jeff Black­ard, sued the Collin County Commissioners Court in 2015 over the supposedly exorbitant fees. However, the $300/hour payments are not just going into the lawyers' pockets, but funding the entire prosecution, since Collin County D.A. Greg Willis – also a longtime buddy of Paxton's – was forced to recuse himself.

While this good-ol'-boy logrolling may only be intended to keep Paxton out of jail, Blackard's challenge to the attorneys' fees, as well as the CCA's ruling, also puts at risk deals the state has struck with appointed counsel and expert witnesses in complex cases involving indigent defendants. The Paxton prosecutors struck back, calling the decision "patently absurd" and asking the state's highest criminal court to reconsider. Six months later, the all-GOP Court rejected the request without stating a reason, again delaying the case and forestalling payment to the attorneys, putting their future involvement in doubt. 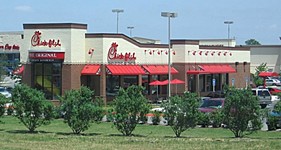