Photos From Before I-35 and During Highway Construction

Back when Austin was cool

These historical images from the vaults of the old Texas Highway Department and other collections, preserved for nearly two decades online by the fine fellows at texasfreeway.com, show how the highway was built to interact with a much less developed Austin.

1) Construction in progress at I-35 and Airport 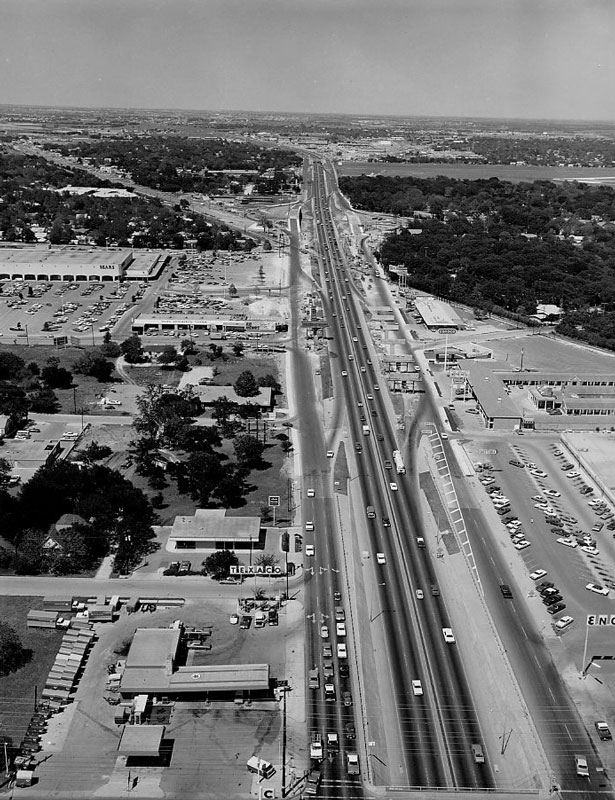 The early stages of converting the old US 81/Interregional Highway, near the then-newish Hancock Center; the middle building at left (north of the Texaco sign) is now the Chronicle offices. 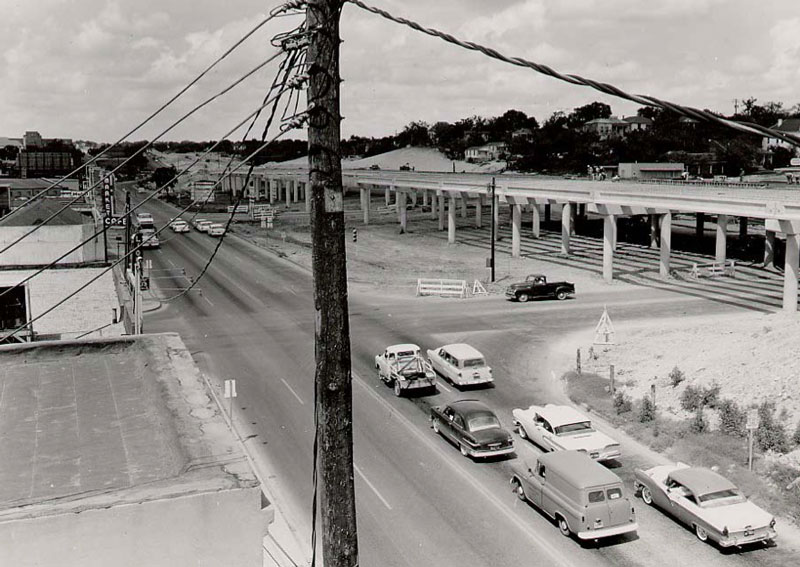 Looking north from Sixth Street along what was then the two-way East Avenue. This elevated span is still standing, now flanked by the “dinosaur bones” light standards. 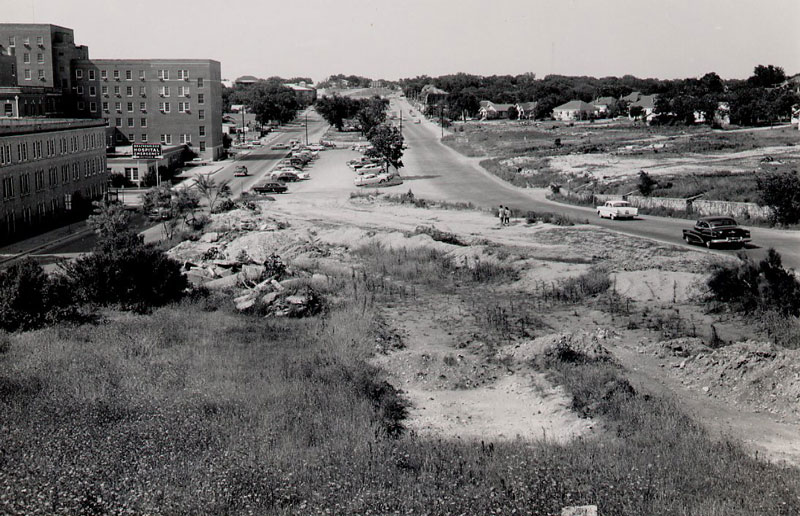 From what used to be a bluff over Waller Creek, where today’s mainlanes go under 11th and 12th streets. The building at left is the old Brackenridge Hospital. 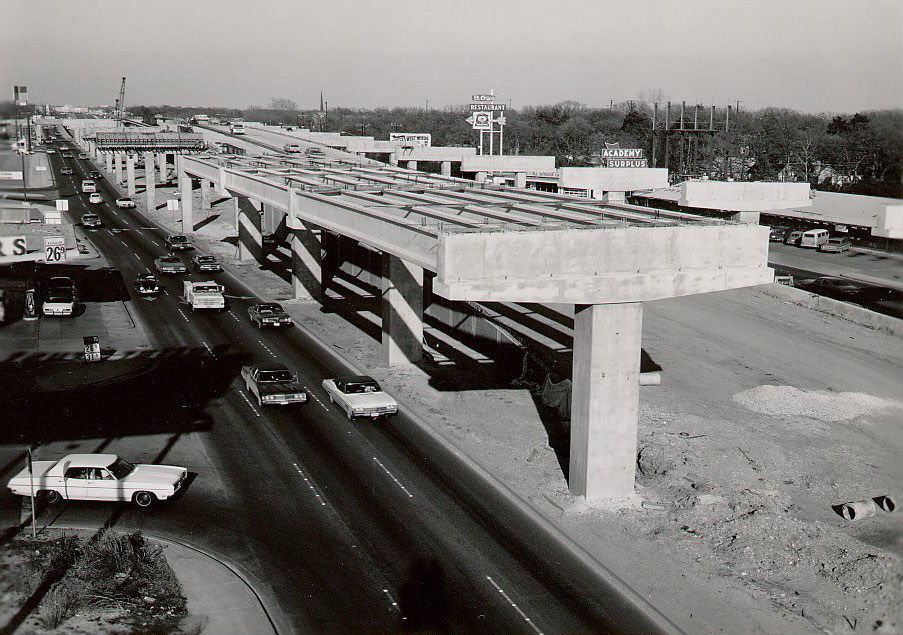 Another shot from near Hancock Center at 41st Street.

Initial work on what would later become the lower deck, back when this was the edge of town. 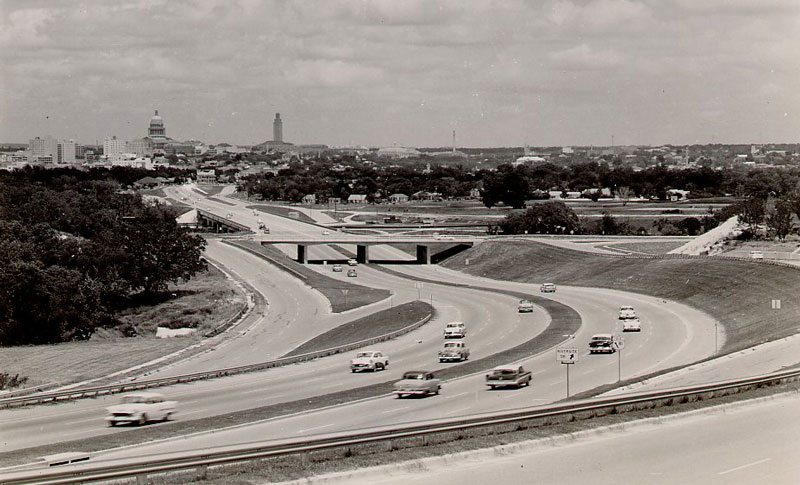 The curve approaching the river and Downtown from the south, what is now one of the most congested points on the interstate between Minnesota and Mexico. 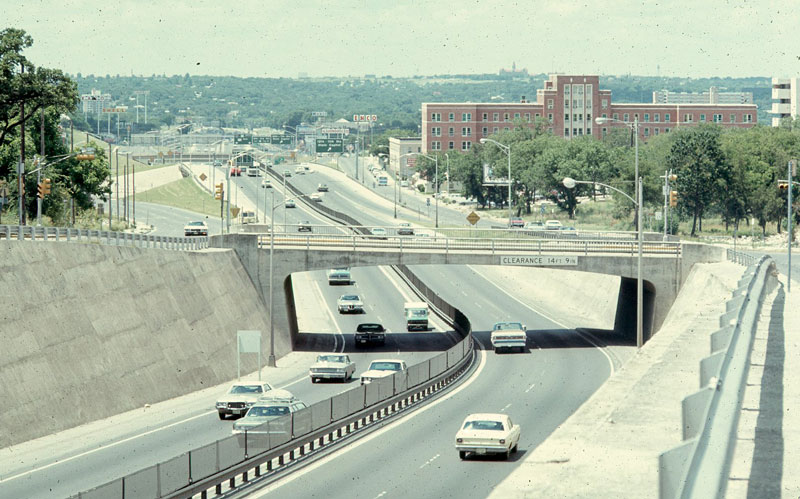 Another view of the old Brackenridge Hospital, at the time by far the tallest building along the highway.

8) Before the Interstate: East Avenue 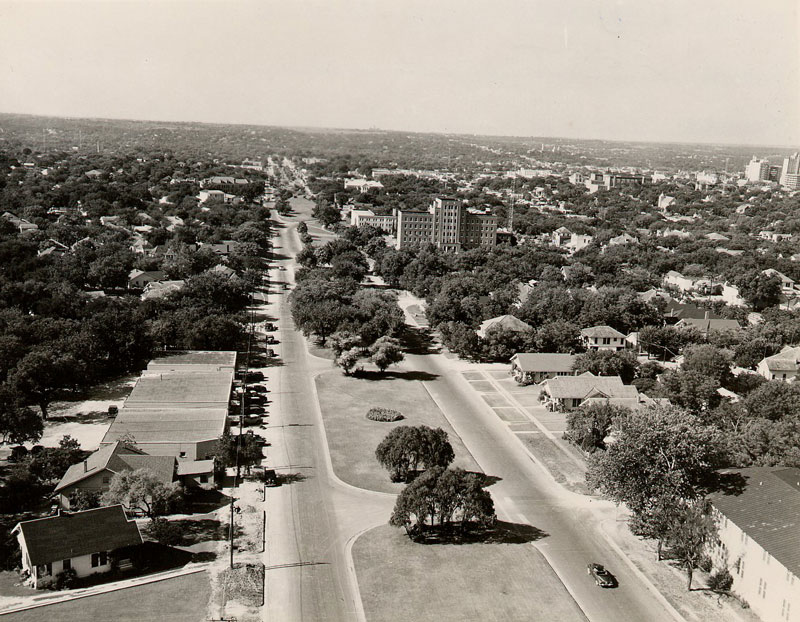 From a similar vantage point to the above image (again, you can see Brackenridge) along what used to be a residential boulevard – but which already marked Austin’s color line between east and west.