122 apartments soon to be available for low-income residents 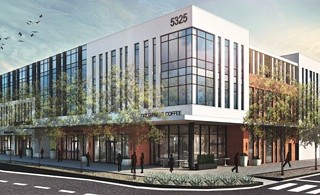 Friday afternoon, May 31, Travis County leaders gathered at 1700 Guadalupe for the groundbreaking of the new Civil and Family Courts building, financed in part by the sale of the Downtown parcel on which the county failed to secure voter approval for a courthouse in 2015. On Monday, June 3, many of the same leaders gathered at the county's North Campus property to break ground on the Travis Flats development – bringing mixed-income affordable housing to county-owned surplus property in what developer Diana McIver of DMA Development Company calls "a game changer for redevelopment along Airport Boule­vard." Of Travis Flats' 146 apartments, 122 will be priced for residents at or below 60% of the area's median income; the complex will also include over 80,000 square feet of office space developed by Southwest Strategies Group.

Austin Council Member Greg Casar, whose District 4 includes Travis Flats, spoke about how the project is sorely needed. "My council district's median income is less than half of the city of Austin's as a whole," he said. "I refuse to accept this kind of reality." Both Casar and Travis County Com­mis­sioner Jeff Travillion stressed the importance of the city, county, state, and federal collaboration that made Travis Flats possible. "We need to work together," Travillion said, "so that minorities and low-income families in the city of Austin don't become a thing of the past. It is our work to serve those communities, and this project does this better than almost any project that I've seen." 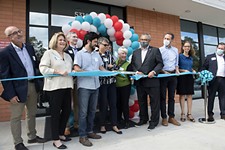