The causes and effects of the ongoing TCAD controversy 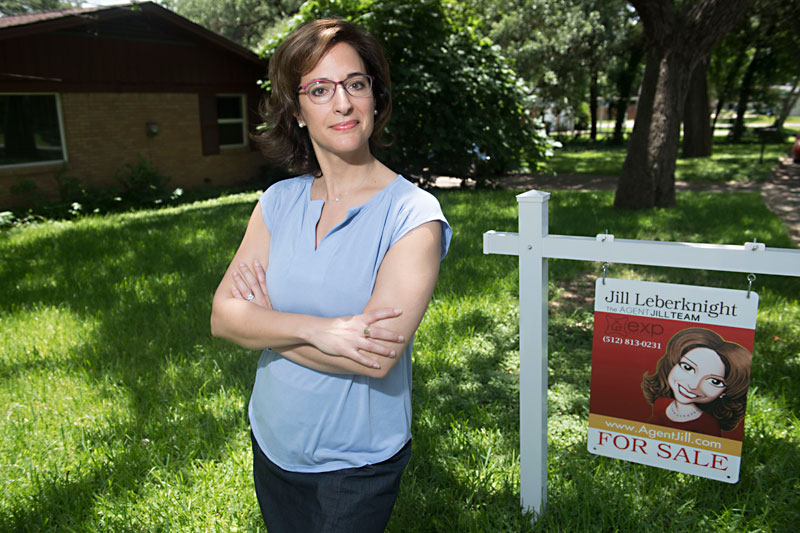 In a year when rising property taxes have consumed political attention throughout the state, the Travis Central Appraisal Dis­trict's handling of local taxpayers' assessments is consumed with controversy. Already facing possible litigation over its highly criticized purchase of multiple listing service (MLS) data about home sales, TCAD has decided it will not offer face-to-face informal hearings to any property owners this year. This is a major change from its past handling of appraisal protests, but TCAD hasn't communicated this clearly to the public, or to the consultants who represent property owners, even as formal protest hearings began this week.

Each spring, TCAD mails Travis County property owners the assessments that determine how much county residents will pay in property taxes to more than 100 jurisdictions (the county itself, Austin and 20 other cities, school districts, Austin Community College, Central Health, and numerous utility and emergency service districts). In recent years, owners have filed more than 100,000 protests annually against the district's valuations; last year saw a record high of 140,000.

Neither TCAD Chief Appraiser Marya Crig­ler nor the agency's taxpayer liaison Martin Wilbanks responded to repeated interview requests from the Chronicle. A TCAD customer service representative explained that people who mailed in their protests will have no informal hearing and go straight to formal hearings with Appraisal Review Board panels. In the past, those owners – who in 2017 filed 90% of all protests – were offered an informal, face-to-face hearing with a TCAD appraiser before moving on to a panel hearing. (Since 2015, e-filing has been considered the equivalent of an informal hearing for protests submitted online, although it features no appraiser-to-owner discussion.)

These meetings have been an important opportunity for taxpayers: In 2017, 70% of protests with TCAD were resolved informally, and 81% of those informal resolutions resulted in valuation reductions. "Mass appraisal alone cannot produce fair and accurate property valuations," says JP Krue­ger, CEO of Five Stone Tax Advisers, which assists property owners with protests. "A necessary part of obtaining fair and accurate property valuations are face-to-face informal hearings to remedy the errors of mass appraisal," Krueger continues. "Out of the 40 counties we work in, Travis is the only county not offering face-to-face informal hearings."

Likewise, Bill Aleshire, a lawyer for Texas Protax Austin Inc. – and formerly the county judge and, before that, the county's tax assessor-collector – is calling the cancellation of informal hearings a "train wreck" decision made by Crigler "late, on her own, without any public discussion, without any input from stakeholders."

Both Krueger and Aleshire say TCAD announced at its latest board meeting that the cancellation of informals would cost the district $1.7 million for formal panel hearings – up from $257,000 spent in 2018 – because it will need more panel members, all of whom must be trained and paid. TCAD is also looking into purchasing its own building to accommodate the increased number of formal panels. (Plans for renting the Travis County Exposition Center were abandoned due to schedule conflicts with the Republic of Texas motorcycle rally.) 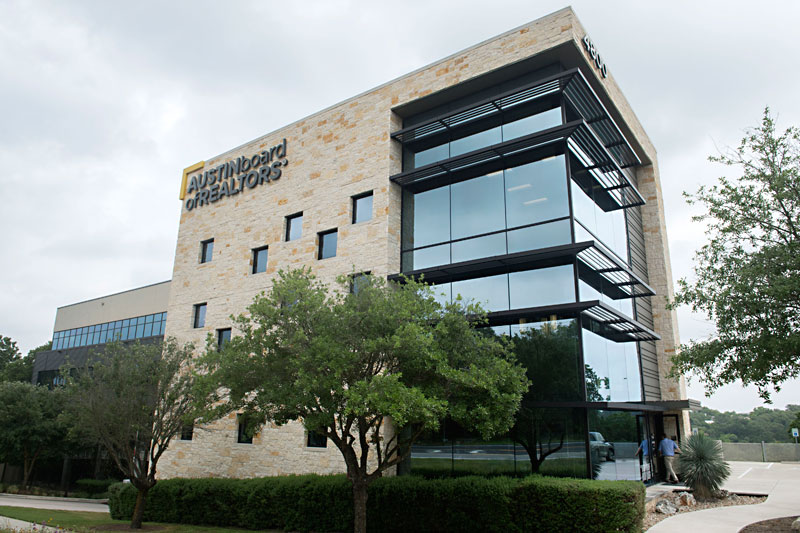 The Austin Board of Realtors offices (Photo by Jana Birchum)

"Taxpayers are going to get hit with a multimillion-dollar ... budget increase," Aleshire says. "And taxpayers are in jeopardy of not getting a fair tax-appraisal protest hearing this year because the formal hearing process is overloaded." The state requires that the majority of hearings be completed by Aug. 30, which Aleshire says led Betty Thompson, chair of the Travis Appraisal Review Board, to tell the board that each formal panel hearing could last just 12 minutes (historically, they can take twice as long). TCAD has not, despite repeated requests, informed the Chronicle if Crig­ler's decision to cancel informals was approved by TCAD's board of directors (not the same as the ARB), whose members are appointed by the county's various taxing entities.

Aleshire says June 4, the first day of formal hearings for tax agents representing taxpayers, turned out to be a "debacle" because TCAD staff failed to mail evidence packets to agents at least 14 days in advance as required by law. When the agents objected to the district using this evidence in the hearings, Aleshire says many panels correctly discarded the information but some let it be considered. Then, Thompson decided around 4pm that day that all further hearings would be rescheduled for an upcoming Saturday so they could further train the panels, and that she would recommend that all decisions – even by panels that followed the law correctly – be tossed out and rescheduled. "[Tuesday was] an example of how badly managed the appraisal district is," Aleshire told the Chronicle via email. "Why cancel the panel decisions that were correct? Why cancel the panel decisions in protests that did not have the evidence issue brought up? A full day of work and the taxpayer dollars has been wasted."

Behind the scenes, there continues to be significant tension between the district and the tax protest companies – Texas Protax and Five Stone being the largest – which typically handle a majority of protests each year, likely because the process can be confusing, intimidating, and time-consuming for the average property owner. Five Stone heard in late May that TCAD has scheduled its agents for 1,920 hearings in one day, including 48 simultaneous panels conducting 40 hearings each. "We have 12 property tax consultants who can represent clients, or twice what we'd need in a reasonable scenario," Krueger says. "We cannot staff 48 panels simultaneously. It's a clear example of the government purposefully attempting to dismiss thousands of property owners' hearings unlawfully, denying them due process." Five Stone and Protax sued TCAD last year for similar over-scheduling and other issues, and the district ended up settling out of court.

“This is putting every Travis County homeowner at a disadvantage.” – Realtor Jill Leberknight

While there is no statute requiring informal face-to-face hearings, Krueger says they have been protocol across the state for the last 20 years. According to the most recent data compiled by the Texas comp­troller's office, in 2017, only four of the 254 counties in Texas (all with small populations) offered no informal process. Jill Leber­knight, a realtor for eXp Realty who hosts annual seminars on protesting appraisals, is disappointed that TCAD would take away informals. "This is putting every Travis County homeowner at a disadvantage," she says, adding that TCAD is choosing to be adversarial instead of building a good relationship with the public.

Leberknight has always recommended that homeowners mail in their protests in order to access the informal face-to-face hearings that aren't offered to those who e-file – a system which, she says, can be inaccessible for the elderly and the poor, and which provides no opportunity for the taxpayer to have a dialogue with an appraiser. "The annual changes in the informal hearing process can be confusing, especially for those who are most vulnerable," she says, "and can be perceived as preying on ignorance and lack of [tax] education."

Meanwhile, TCAD remains in hot water over its purchase of data on Austin-area homes and sale prices from tech company CoreLogic, which maintains that MLS data used by licensed real estate agents and brokers. Under Texas law, property sales prices do not have to be disclosed to anyone, including to TCAD and other appraisal districts, and the real estate industry zealously guards both that data and the commitment to secrecy. Appraisal districts often obtain sales price data piecemeal, such as by mailing inquiries to recent home buyers or hiring employees who have access to the MLS. It remains to be seen how TCAD's purchase of a large amount of MLS data from CoreLogic is impacting appraisals. (Furthermore, because not all commercial properties are listed on the MLS, this only heightens long-held concerns that the county places the bulk of the tax burden on homeowners, instead of commercial properties.)

On May 8, the Austin Board of Realtors sent a cease-and-desist letter demanding TCAD destroy and not use the data it obtained from CoreLogic. Krueger told the Chronicle that his agents have noticed the code "SSS" as a valuation method in some TCAD evidence, and that he learned this might mean "super secret source" in reference to the MLS data. Leberknight recommends that all property owners ask TCAD if the CoreLogic data was used for their valuations.

Records from TCAD's accounts payable database, obtained through a public records request, show that it paid CoreLogic more than $110,000 for various products, including Travis County and statewide market data in 2018 and again in 2019. When ABOR found out in early 2019 about the purchase, it was appalled; the association describes the situation as a "data breach" involving information that CoreLogic manages but does not own. TCAD, meanwhile, says it entered into a lawful contract with CoreLogic to exchange the data. Leber­knight says the district could have used that money to either educate taxpayers on how to navigate the protest process or improve its e-file software, which is not user-friendly; TCAD is budgeted to spend 39% less on that software in 2019 than it did in 2018.

The comptroller's office says it's common for appraisal districts around the state to purchase MLS data – though the districts serving Williamson, Bastrop, and Hays counties told the Chronicle they don't do so. There is suspicion that TCAD knew what it was doing in approaching CoreLogic directly to purchase the data; the Williamson Central Appraisal District had approached ABOR to obtain MLS data and was denied. "My job, and part of the Board of Realtors' job, is that we don't sell our data," says Leberknight. "TCAD went above and beyond that, so trust has been broken."

A version of this article appeared in print on June 7, 2019 with the headline: TCAD Train Wreck?