When it comes to controlling women's autonomy, facts never matter at the Capitol 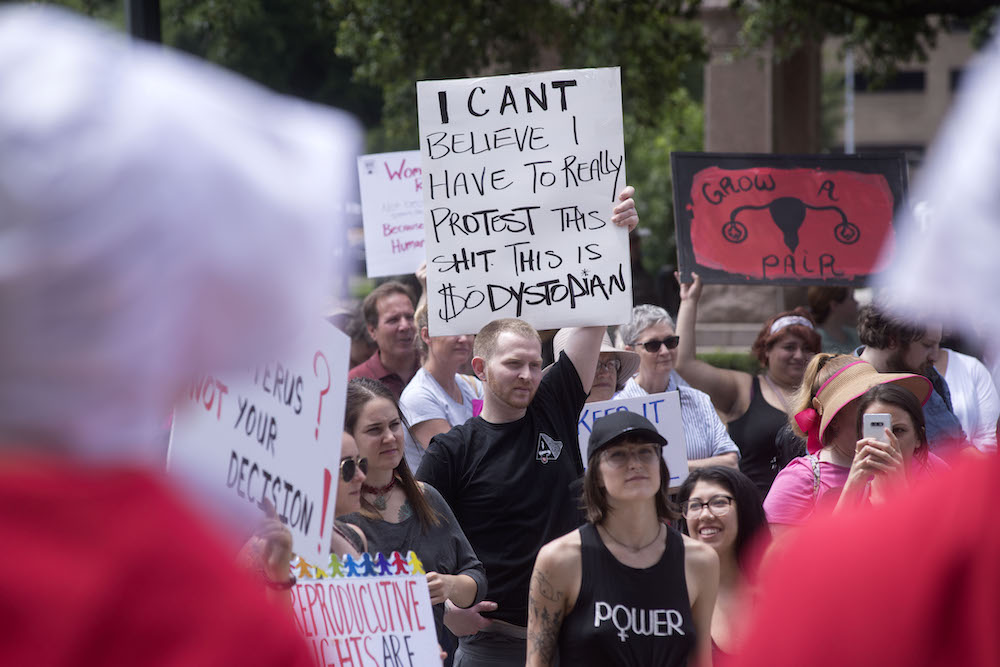 When it was reported in 2016 that Texas suffers from the highest rate of maternal deaths in the country, both sides of the aisle seemed rattled and ready to fix a glaring problem. Yet, as the dust settles upon the 86th Texas Legislature, lawmakers have done little. HB 744 by Rep. Toni Rose, D-Dallas, sought to enact the top recommendation of the state's Maternal Mortality and Morbidity Task Force: extending Medicaid coverage to new moms from two months to one year, as the majority of postpartum deaths following birth would have been preventable if coverage were extended. (A study from Georgetown University indicates that women of childbearing age in Texas are twice as likely to be uninsured as the national average.) While the House waved the measure through, it faltered at the more conservative Senate's door. Both houses also turned back various efforts, including from Austin Democratic Reps. Celia Israel and John Bucy, to expand Medicaid more broadly for the 1.1 million Texans who would be covered if the state had done so as envisioned (and funded) by the federal Affordable Care Act.

"There is no reason why Texas, with all its resources and all its revenue, should lead the nation in the number of uninsured residents," said Rep. Ron Reynolds, D-Mis­souri City, speaking at a Capitol conference held by the Afiya Center, a reproductive health advocacy group geared toward black women, during the final days of session. "People are dying every day, and that should be repulsive to anybody with a heart or compassion for human life. Lives could literally be saved if we [expanded Medicaid] in Texas."

The Lege, however, did prioritize restricting women's reproductive rights, as it always does. In the process, they thwarted access to basic preventive women's health care, including cancer screenings, HIV and STI tests, and birth control, for the more than 5,000 low-income patients who visit Austin's Eastside Planned Parenthood clinic each year. Leased from the city for a nominal fee, the center has provided critical services to the community for more than four decades. SB 22 by Sen. Donna Camp­bell, R-New Braunfels, bars any "resource transaction" between a local government and abortion provider or affiliate. It also threatens local health care partnerships, like Zika support and teen pregnancy education, across the state. Backers claim SB 22 stops cities from "subsidizing" the "abortion industry," though the PP clinic does not offer abortion care, and no tax dollars are spent anywhere in Texas on abortion care.

Though more draconian efforts to outlaw and criminalize abortion thankfully faded, the anti-choice camp did succeed in ushering through a "Born Alive Protection Act" – a legally redundant measure sparked by right-wing national hysteria over nonexistent "infanticide" and meant to stigmatize abortion doctors. HB 16, by Rep. Jeff Leach, R-Plano, criminalizes physicians who don't care for babies born after an unsuccessful abortion – a situation that has never occurred in Texas, according to the state's own health data. But as we saw throughout the session, when it comes to controlling women's autonomy, facts don't really matter.

A version of this article appeared in print on May 31, 2019 with the headline: Lawmakers Do Little to Support Women’s Health