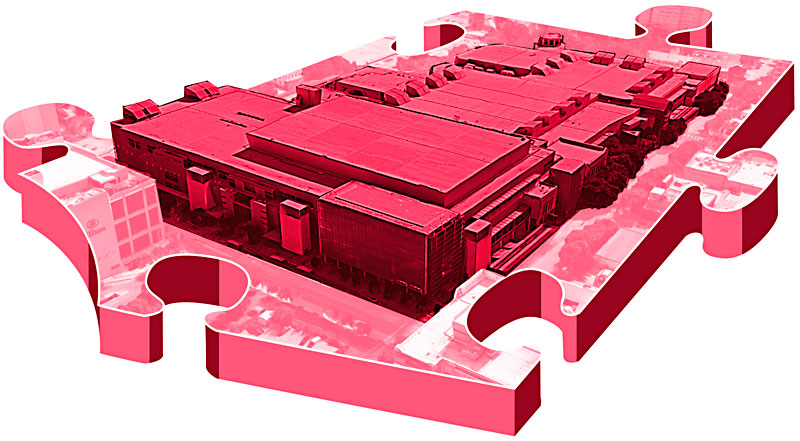 A new Austin Convention Center, a preserved Palm School, and a safer Rainey Street may all result from City Council's vote last week (May 23) on a wide-ranging set of measures for the southeast quadrant of Downtown, dubbed – at least for now – the "Palm District." The 24-page omnibus resolution, carried by Council Member Kathie Tovo (whose District 9 includes the area) and approved unanimously after multiple amendments, brings together many of the moving parts of the "Downtown Puzzle" that occupied Council's attention last summer. Highlights include:

• Palm School: The historic building, which served as the pre-boom, pre-highway, predominantly Mexican American neighborhood's elementary from 1892 to 1976, is currently owned by Travis County, which plans to relocate its health department offices to a new space in 2021. Advocates have vigorously encouraged that the site be preserved as a survivor of pre-gentrified Austin and as a potential arts and culture space or museum working in tandem with the nearby Emma S. Barrientos Mexican American Cultural Center. However, the full-block parcel at I-35 and East Cesar Chavez is worth more than $20 million, and Travis County would like to leverage that value in some way, even if the city does end up owning the site and preserving it for public use. Negotiations for the city to acquire the property – if it can afford it – are expected to pick up steam next month.

Council states explicitly in its resolution that it “desires to begin the process to expand the Austin Convention Center.”

• Convention Center: After evading a firm commitment through last year's Down­town Puzzle discourse, Council states explicitly in its resolution that it "desires to begin the process to expand the Austin Convention Center" and to "re-envision" the nearly six-block behemoth as "an active, community-oriented civic building that enhances the culturally rich fabric of the Palm District." That means starting from the most ambitious and expensive of the scenarios laid out in the report Council commissioned from the UT School of Architecture's Center for Sustainable Develop­ment, a $1.2 billion reboot that would over time replace the entire complex with a new, more vertical facility anchored to the west of the current one, across Trinity Street. Financing would largely come from a 2-cent hike in the hotel occupancy tax, and explicitly would not come from redirecting any current HOT revenue that's being used for historic preservation or cultural arts programs.

• Tourism District: The resolution endorses the plan broached by Mayor Steve Adler, the Downtown Austin Alliance, and the local hotel industry for an additional assessment (not, strictly speaking, a HOT hike) to fund a public improvement district (what the DAA itself is now) that could invest in services to end homelessness in Downtown Austin and support cultural arts.

• Rainey Street: Com­munity advocates reminded the city that it had, back in 2013, created a fund to collect development-related income from Rainey-area properties (e.g., street closure fees) to reinvest in the district's now-overtaxed mobility infrastructure and/or to support affordable housing for displaced Rainey residents. Although much such income has been generated – $3.5 million from the Fairmont Hotel alone, advocates say – the city forgot to earmark it, so now staff has to go back and figure out how much money should be in this fund. This raised concerns from CM Greg Casar, who amended the resolution to direct staff to bring back information about what other projects, elsewhere in the city, would be impacted if all that money were re-diverted to Rainey.

Along with the Palm School, Rainey Street, the Con­ven­tion Center, and social services stakeholders, the Palm Dis­trict planning process will also gather in efforts at Brush Square (including potential relocation of its fire station), Capital Metro's under-construction Downtown Sta­tion, the Waller Creek revitalization effort, and the ESB-MACC. Even with this long list of characters and action items, City Manager Spencer Cronk is directed to move quickly enough to bring back meaningful recommendations to be incorporated in the fiscal 2020 budget, to be adopted in September.

A version of this article appeared in print on May 31, 2019 with the headline: Palm by Southeast