The proposed stadium at McKalla Place

Austin FC announced St. David's HealthCare as the first founding corporate sponsor for the city's first major league sports team on Wednesday. The hospital network will also serve as Austin FC's official health care partner (a role they currently perform with UT Athletics), providing support for the team's players and coaches during the home games to be played at the future McKalla Place stadium.

"We want to do more than write a check," said St. David's president and CEO David Huffstutler. "We want to be involved." To that end, St. David's will run the team's training center (officially dubbed the "St. David's Performance Center"), to open at a yet-to-be-revealed location ahead of Austin FC's 2021 debut, and will serve the club's young academy players until then. Huffstut­ler also said St. David's will sponsor 10 soccer camps and clinics each year of the multi-year agreement.

Meanwhile, at its May 14 meeting, the Planning Commission recommended City Council approve a zoning change that would allow for development of multifamily housing, transportation hubs, outdoor entertainment, and other uses at the 24-acre city-owned site near the Domain. The zoning change would also allow the stadium to reach a height of 130 feet, more than double what is currently allowed. Neighbors were on hand at the hearing to continue the fight against building the stadium, this time drawing attention to the traffic impact analysis Austin FC is required to conduct before the stadium can open, but not before the project has reached "substantial completion," per the agreement between Austin FC operator Precourt Sports Ven­tures and the city. While opponents urged a delay in zoning approval until the TIA is complete, Austin FC attorney Richard Sut­tle said a study is not feasible until a site plan and event plan are developed. However, he agreed to an amendment from Com­mis­sioner Todd Shaw that would expedite the TIA "if practical." Saying that any delay on the zoning could jeopardize Austin FC's Septem­ber groundbreaking, Suttle explained, "We need the zoning done before the site plan can be approved. It's important that we stay on schedule." At Wednesday's press event announcing the St. David's sponsorship, Aus­tin FC President Andy Loughnane said a traffic study was "well underway," but he couldn't say who was conducting it or when it would be completed. The zoning case will be heard at Council on June 6, with final approval as early as June 20.

A version of this article appeared in print on May 24, 2019 with the headline: St. David’s Kicks In to Support Austin FC 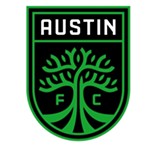