Bad Bills Bite the Dust at the Legislature 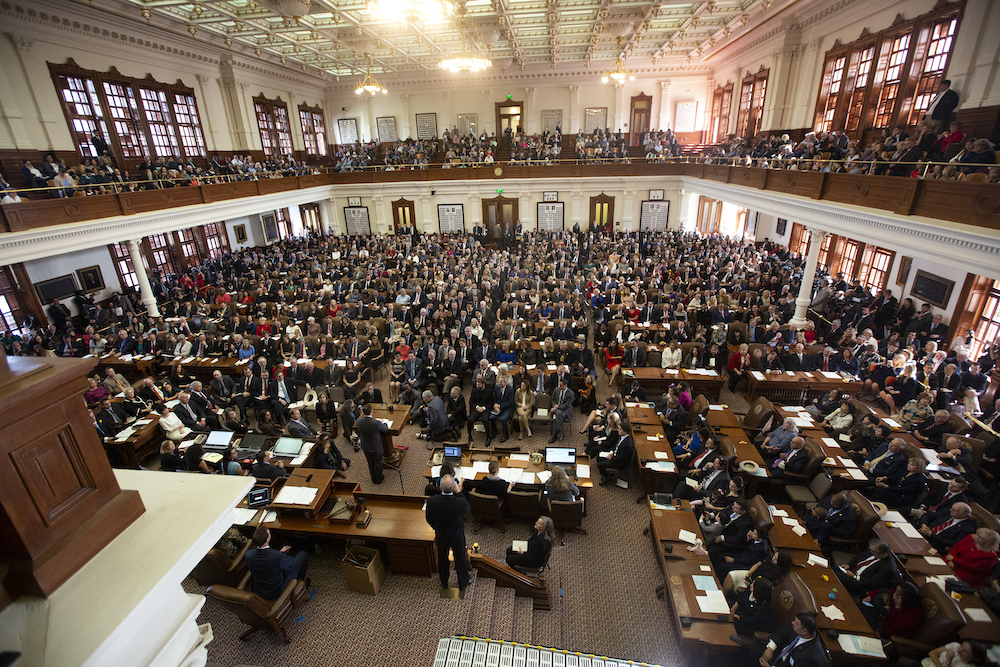 Remember when the Lege opened, and we hoped there wouldn't be so many terrible bills to kill? (Photo by Jana Birchum)

The merciless ticking of the clock in the final week of the 86th Texas Legislature has signaled death by deadline for most of the session's bills. That's cause for celebration when it thwarts measures that would limit local control, harm workers, ban abortion, and add obstacles to voting.

Despite much citizen-driven uproar last week, including more than 200 witnesses testifying in opposition to Senate Bill 9, the House Elections Committee quietly approved the bill on party lines on Friday. However, the legislation, which would have made felonies out of the most minor errors in voter registration or assistance, withered after it failed to appear on the House calendar this week. Also stumbling before making its way to the House floor was SB 1033, which would have barred abortions (that are now legal) after 20 weeks of pregnancy when the fetus has a "severe and irreversible" abnormality. Measures that sought to slap down attempts by local governments to mandate paid sick leave and other worker protections never made it to the House finish line either, making them as good as dead for now. Same goes for legislation (SB 1663) that could have made it difficult or impossible to move or remove Con­fed­erate memorials. Good riddance to the bunch.

However, it ain't sine die quite yet – and the question remains: Will bad bills rise up from the grave as amendments to other bills before the session ends on Memorial Day, or appear in a possible special session? Stay tuned.