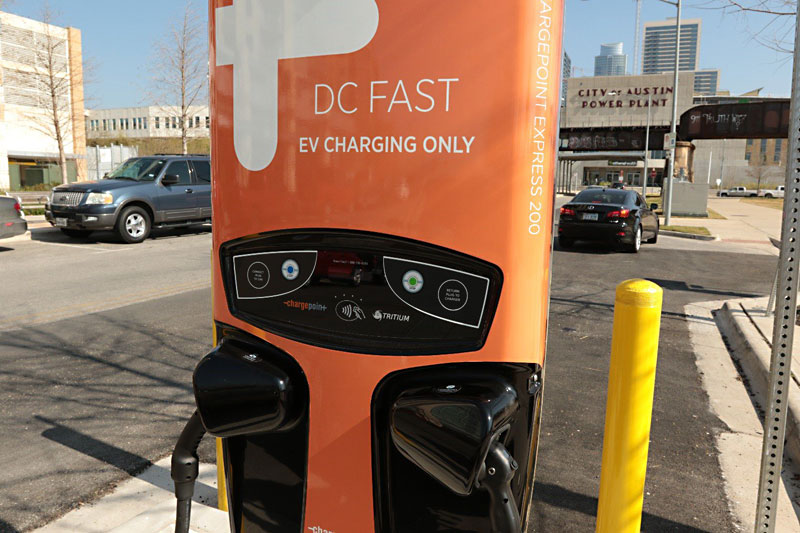 In 2015, City Council set down the ambitious path of achieving carbon neutrality by 2050 – a goal that will require a multitude of policy efforts, including a more environmentally conscious land use policy (e.g., the Land Development Code rewrite) and a citywide transportation plan that prioritizes transit and walking/biking over driving a car (e.g., the Austin Strategic Mobility Plan). Last week, on May 9, Council approved two resolutions aimed at boosting the city's chances of achieving carbon neutrality on time, and preparing for the climate reality we're already living in.

Together, the two resolutions direct City Manager Spencer Cronk to work with city agencies to update the Austin Community Climate Plan with a focus on resilience and to study actions the city can take to grow its support for electric vehicles. One of the resolutions also endorses the Green New Deal – a feel-good, philosophical action that doesn't directly create policy. Both were approved unanimously.

One of the resolutions, authored by Dis­trict 7 Council Member Leslie Pool, directs Cronk to work with the Office of Sustainability to analyze potential climate resilience strategies and return to Council with recommendations no later than Aug. 22 for how the city can develop a plan that is "fair, just, and equitable," per the resolution language. The final plan would serve as an update to the climate resilience plan produced by OoS last April, which focused on how to protect city assets from extreme weather events (flooding, severe heat, wildfires, etc.).

Resilience planning is emerging globally as a policymaking trend for cities. Zach Baumer, climate program manager with OoS, said there isn't a "crystal clear" definition of what a resilience plan should do; he is reviewing work done by other cities to develop recommendations that best suit Austin and the surrounding region. The plan could include strategies to mitigate the risk of flash flooding, or to better control wildfires, as well as recommendations for how community centers can help neighborhoods in the event of storms through providing energy on-site or simply a safe place to shelter. "The new resolution gets at the broader picture of what businesses and neighborhoods will do," Baumer explained. "It'll be more about helping residents, neighborhoods, and actual people."

Pool hopes the creation of a resilience plan would force a "culture shift" in the city broadly, resulting in more proactive responses to the effects of extreme weather. That work could be guided by a new city executive, a chief resilience officer; a similar role has been created in Houston. OoS will study the potential cost and present scenarios to Council on how it could be funded and what it could be expected to accomplish.

Currently, 7,445 plug-in EVs are registered in Austin, compared to over 800,000 gas vehicles, so there is plenty of ground to make up.

Last week's other climate resolution, authored by D10 CM Alison Alter, focused on a different way to address climate change: the electrification of transportation. Austin Energy currently has several efforts underway intended to grow the usage of personal electric vehicles throughout the city, but Alter's resolution tasks the utility with exploring "adoption trends" that could make EV technology a key tool for reaching carbon neutrality. Currently, 7,445 plug-in EVs are registered in Austin, compared to over 800,000 gas vehicles, so there is plenty of ground to make up.

The city has over 200 public charging locations, and through AE's "Plug-in Every­where" program, EV drivers can subscribe to a $4.17/month plan that gives unlimited access to any of those stations. The plan would also include "EV-ready building codes," so developers can more easily include EV charging spaces in their projects, and increased "access to EV charging for residents of multi-family housing."

Alter's resolution also looks into the future at how EVs can more intelligently integrate with the city's electrical grid. AE incentivizes EV owners to charge during off-peak hours through rebates, but ideally the utility would be able to control remotely when vehicles are able to charge – as they currently do with smart thermostats. AE's EV & Emerging Technologies manager Karl Popham told the Chronicle that with currently available policy levers, the utility can get "50%-60% of the value" offered by EV technology, but improved grid integration could get AE to 100%. That would be through what is known as "vehicle-to-grid" integration, or V2G, which would give AE even more control over how EVs charge.

In addition to managing charging during peak hours, V2G could use the batteries in EVs to store energy from solar or wind sources, which is generated less reliably because, as Popham put it, "the sun isn't always shining and the wind isn't always blowing." V2G would allow AE to siphon that energy during peak usage times, offsetting the need to fire up the coal and gas plants in AE's generation portfolio.

Ideally, cities should incorporate climate action into all facets of public policy, but as the Texas Legislature closes in on imposing revenue caps on municipal governments, city leaders may be forced to pick and choose where to invest resources. While Austin is developing its strategies to reorient land use and mobility, the ASMP still foresees that 50% of Austinites will be driving alone. At Council's May 7 work session, D1 CM Natasha Harper-Madison voiced concern that Alter's resolution would overlook the city's low-income residents, for whom owning an EV is out of the question. On Monday, she told us that another concern was that "overwhelming staff with marching orders" would divert attention away from policy that has a broader impact (such as the LDC rewrite, or Cap Metro's Project Connect). She amended the resolution to more clearly indicate the work would be part of the ACCP update, already in progress, and to place more emphasis on outreach efforts to multifamily residential developments and low-income households.

Ultimately, Harper-Madison acknowledged that if our mobility plans include a future in which half of all commuters are still driving cars, they may as well be electrified. "Cars are still involved in our transportation system, that's the reality of our transit infrastructure," she told us. "I just wanted to be certain that we were all thinking and preparing for the future in ways that can accommodate our climate reality goals."

Last week's meeting saw the approval of plans to redevelop and relocate the Dougherty Arts Center to Butler Shores, leaving behind the DAC's current aging and flood-prone building on Barton Springs Road. Council also formally adopted into ordinance the Affordability Unlocked density bonus program proposed by CM Greg Casar back in February; it's the first time a bonus scheme will be applied citywide to grant developers (primarily those who specialize in affordable housing) extra entitlements in return for extra units.

Next week's meeting (May 23, with a work session May 21) will likely see as its marquee item the adoption of new scooter rules – governing both franchise agreements for micro-mobility service providers, and regulations and penalties for obstructing the right of way.