With likely increase of state funding, local teachers say: “We’re worth it”

Education Austin began a public push Tuesday to demand a 10% wage increase for all Austin ISD employees – nearly matching the compensation growth offered by the district over the past five years. The school employees' union pointed to expected funding gains from state-level school finance reform that could inject an estimated $165 million into the district's coffers (along with another $194 million in savings on "recapture" payments) as motivation for the bold ask. 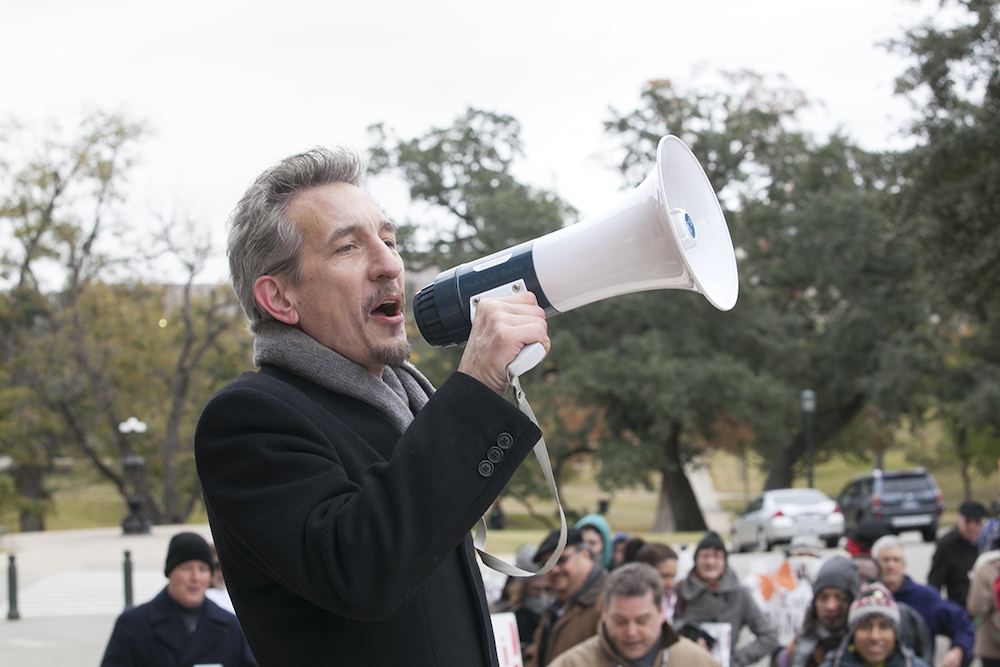 EA's demand dwarfs the initial 1% teacher-only offer made by AISD, a proposal EA President Ken Zarifis called "insulting" in light of projected district funding increases. A 10% across-the-board raise could cost AISD around $58 million, but Zarifis and a group of school employees, clad in their #RedForEd T-shirts, gathered outside of Travis High School to send a clear message to district leaders: "We're worth it."

The message comes as the school board is expected to approve a consultation agreement with EA on Monday, May 20, and just weeks before the board must approve a district budget for the 2019-20 school year. One teacher at the Tuesday news conference said the expense would be worth it, because the wage increase might let some employees stay in the district instead of fleeing to Austin's suburbs, where districts offer comparable wages with a much lower cost of living. "I'm just tired of losing really good people," Heather Merritt, a special education teacher at Travis High, told the Chronicle.

A 15-year AISD veteran, Merritt said the stories of teachers leaving the district or profession altogether have become familiar. First, they move to a neighboring suburb where housing is less expensive; eventually, they apply for jobs in their local district, where they'll have a shorter commute and similar wages. Merritt has seen the impact staff turnover can have on the kids: "If I'm training new employees every year," Merritt explained, "we have less institutional knowledge around to help our students, especially those with special needs." According to district records, AISD has seen a 20% turnover rate for full-time employees in the 2018-19 school year, 14.4% of which they say is from natural attrition. (The previous two years saw 29% and 23% turnover rates, respectively, with 15% stemming from enrollment decline).

The school board has voiced support for pay raises for all employees (though none have suggested a number as high as what EA is asking). At a recent budget discussion, AISD Superintendent Paul Cruz explained the district's position: "I can't put forward a budget where I'm not assured of the funding stream coming into the district." While the broad strokes of school finance reform at the Capitol are relatively certain, it's unclear at this point how districts will be required to handle pay increases (the House and Senate have competing visions regarding compensation).

In a statement issued Tuesday responding to EA's demand, AISD said it is developing a budget that would "provide the most strategic compensation using the dollars we have today" and called on EA to continue advocating at the Capitol for school finance changes to "bring much needed funding back into the district." But Zarifis has grown exasperated with district leaders laying the blame on lawmakers, saying it's "a new day" and time for significant wage increases for all employees. "Now, if they don't pay us what we deserve, it's [because] they won't pay employees," Zarifis said before being interrupted by supporters chanting, "We're worth it! We're worth it!"