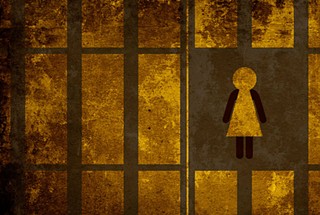 The Travis County Commissioners Court voted last week to issue a debt package that includes initial funding for a new women's jail – despite the objections of justice advocates who, for more than a year, have identified the proposed facility as a troubling move away from efforts to decrease incarceration in Travis County.

Several Travis County agencies, along with the Austin City Council and groups such as Grassroots Leadership, have embraced programs and policies aimed at reducing jail bookings for minor offenses such as driving with an invalid license, public intoxication, and marijuana possession. This is in part a budget measure – incarceration costs to taxpayers will grow $10 million this year over 2018 – but also reflects the community's commitment to restorative justice.

These strategies seem to be making a difference; female bookings for misdemeanors are down 24% since 2016, and 2019's average overall daily population is the lowest it's been in six years. That's what makes the Commis­sion­ers Court's move to fund a new jail for women inmates controversial and why the county responded to advocate concerns and held off on funding last year. But on April 23 the court put the jail, currently budgeted at more than $80 million, back on the list of projects to be funded by certificates of obligation; then on April 30, commissioners voted to issue the CO package, with $6.6 million in design and pre-construction funding.

County leaders, including County Judge Sarah Eckhardt, Commissioner Margaret Gómez, and Sheriff Sally Hernandez, have long cited the need to replace the obsolete current facilities housing women at the county's correctional complex in Del Valle; Hernan­dez says the decision to move forward shows that her office should care for inmates rather than warehouse them. But the size of the jail remains a sticking point; Eckhardt managed to secure commissioners' approval for 350 beds.

That would represent a 15% increase from the current female population of 304 inmates. Advocates have argued that these extra beds will inevitably be filled, giving the county less incentive to pursue diversion for women. Commissioner Brigid Shea, despite eventually voting for the beds and COs, questioned if projections still made sense considering the "great success" of the county's diversion programs; Commissioner Jeff Travillion successfully added an amendment requiring the court to study additional diversion efforts.

The vote "deeply disappointed" Grassroots Leadership, which has led opposition to a new jail in favor of lasting reductions in the jail population. "During the hearing on the public defender's office earlier in the day, the majority of the Commissioners Court identified mass incarceration as a key civil rights issue of our time," says Grassroots Execu­tive Director Bob Libal. "They debated whether they could afford the robust, holistic public defender's office, but voted to pour close to $100 million into building a new jail facility."

Throughout the past year, Grassroots and other advocates have expressed concerns about the county's transparency, including the notice of the April 23 vote to add the jail to the CO list, which Grassroots says it learned about only the day before at Shea's request. "When it's something that affects the community," says Libal, "the community always finds out at the last minute."

The funding for the COs is scheduled to be issued in early June. Voters don't typically approve this debt, but state law allows 5% of a county's population to petition to send a CO-funded project to the ballot box. In Travis, that's just over 61,000 signatures.