Is a New Austin Land Development Code Done Yet?

Council: Stick a pin in that! 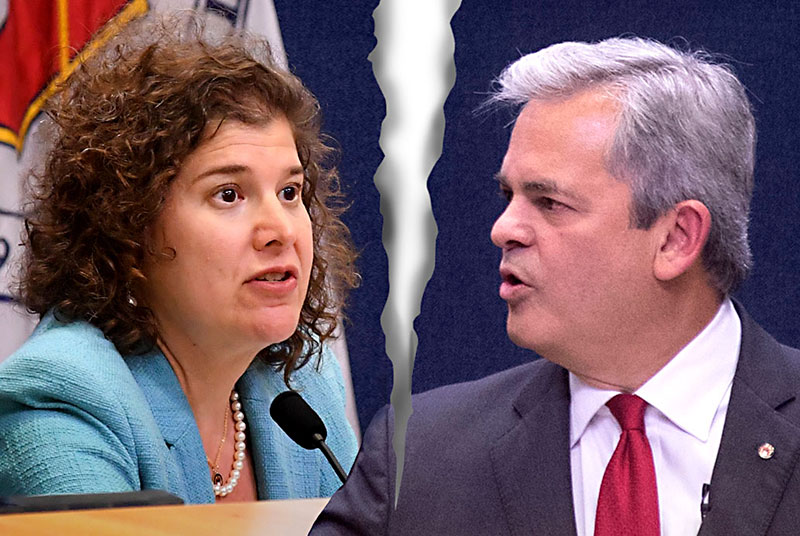 Council's meeting last Thursday, April 25, was, as expected, filled with live real-time sausage-making to finalize the "policy guidance" that will allow city staff to resume rewriting the Land Development Code. In asking for that guidance, City Manager Spencer Cronk offered Council a short list of five multiple-choice questions, but what he'll get back is a much more extensive document that aims to capture the April 2019 City Hall zeitgeist on land use, affordability, and such. Getting there has been a journey! And it's not over yet!

As it happened, other business considered at last week's meeting proved less volatile than expected; both the Norwood Park affordable-housing zoning case near I-35 and Rutherford Lane (approved on first reading) and the outdoor music permit for the Yard Bar on Burnet Road ended up yielding to agreement between the stakeholders without Council having to do much. But that still didn't leave enough time for a stressed-out Council – fielding dozens of pages of late amendments and hearing intermittently throughout the day from aggrieved speakers on code revision – to get to the end of their business. As the meeting dragged on past the 10pm hour and the point of diminishing returns, Council took to sticking "pins" in issues where disagreements remained between the language desired by the various members. Those pins – 15 or so – will be picked up and the gaps filled in at a special called meeting today, May 2, only slightly behind schedule.

Now remember, despite there being a lot of "motions" and "amendments" and other artifacts of parliamentary procedure, Coun­cil is a long, long way from actually considering an ordinance to change, let alone replace, the existing land development code. It's not even working on an official resolution directing Cronk to take action on the city's behalf. This "guidance" document that's taken more than a month to draft, on the dais as a committee of the whole, is just an expression of Council's sentiments regarding things like overall housing capacity, parking requirements, "missing middle" housing, compatibility standards, and small area planning. It's largely so staff doesn't feel like it's guessing where Council wants to go as it does the heavy lifting to come.

We're still months away from the point where it's too late to change any of this guidance, but it's a reflection of the sensitivity of LDC revision that Council is approaching the task with the self-conscious diligence that shaped the drafting of the Declaration of Independence. On the whole, the political split of Council in favor of a more assertive new land use code remains evident, with CMs Alison Alter, Leslie Pool, Kathie Tovo, and (generally) Ann Kitchen on one side and Mayor Steve Adler and the rest of Council on the other. That 7-4 split prevailed, for example, on an attempt by Alter to cap the depth of "transition zones" between corridors and neighborhoods at four lots – a flash point that has many central-city areas crisscrossed by multiple transit corridors (like Alter's own Rosedale neighbors) feeling pinched. That issue saw the closest thing to a fight break out on the dais, between Alter and Adler, with the mayor unsubtly charging Alter with fearmongering among her constituents.

But Kitchen, Adler, and CM Paige Ellis also operated as a moderating bloc at times, checking efforts by CMs Natasha Harper-Madison, Pio Renteria, Greg Casar, and Jimmy Flannigan and (generally) Mayor Pro Tem Delia Garza to stake out positions clearly opposed to the wishes of the neighborhood lobby – for example, carrying Neigh­bor­hood Conservation Combining Dis­tricts (NCCDs) into the new code instead of eliminating them. (NCCDs are just a legal tool for writing custom code, but their establishment in places like Hyde Park has given them a bad reputation among harder-core urbanists.) Despite the pressure they clearly felt, the members did a reasonably good job of (in Casar's words) "having as much patience as we can" with each other and "refraining from the kind of hyperbole. ... We don't want to spread fear." (Those comments came before the transition-zone spat, by the way.)

Coming up at the next regularly scheduled Council meeting, May 9: approving the Butler Shores site of a new Dougherty Arts Center, new digs for the Travis Central Appraisal District, a study of incentives that can combat food deserts in disadvantaged neighborhoods, and new mobility projects for the quarter-cent rebate of Cap­ital Metro's sales tax.